Event #17 was the last of the Playground Poker Fall Classic. The series crowned 17 Champions, including former World Champion Jonathan Duhamel who took down the High Roller Event, and Maxime Héroux, a local hero who is now the happy owner of the WPT Montreal title and the coveted belt that comes with it.

It was a feast of many, professional players and amateurs alike. The last Event was played tonight, a $200 + $30 + $100 Bounty tournament that welcomed 235 bounty hunters, an amazing but not surprising success. It is a preferred format, and most players keep proof of their kills on display, shuffling their Bounty chips on the tables as they weigh their important decisions.

24 players were paid tonight, including many regulars and even a few staff members. After the formation of the final table, with pay jumps becoming important and the average stack deeper, play slowed down so much that one hour passed without any eliminations.

Finalists took a break, and then things happened. Donghai Lu, who was the first to earn a 7-figure stack, lost it in 4 or 5 hands, the first of which hurt him badly. He went out, along with 3 other finalists, and 6 players went to the ICM calculator. They quickly agreed to a deal that awarded all of them a small fortune, between $4,300 and $6,420. After that, it was a demolition derby.

Donald Abdelhay and Pawan Braich got to heads-up with about 2M each, and those chips went in when Pawan shoved with

and Donald called with

. Donald spiked a jack, and that was it. Pawan had 2% of the chips left after that hand, which were lost immediately. The last hand is featured below. 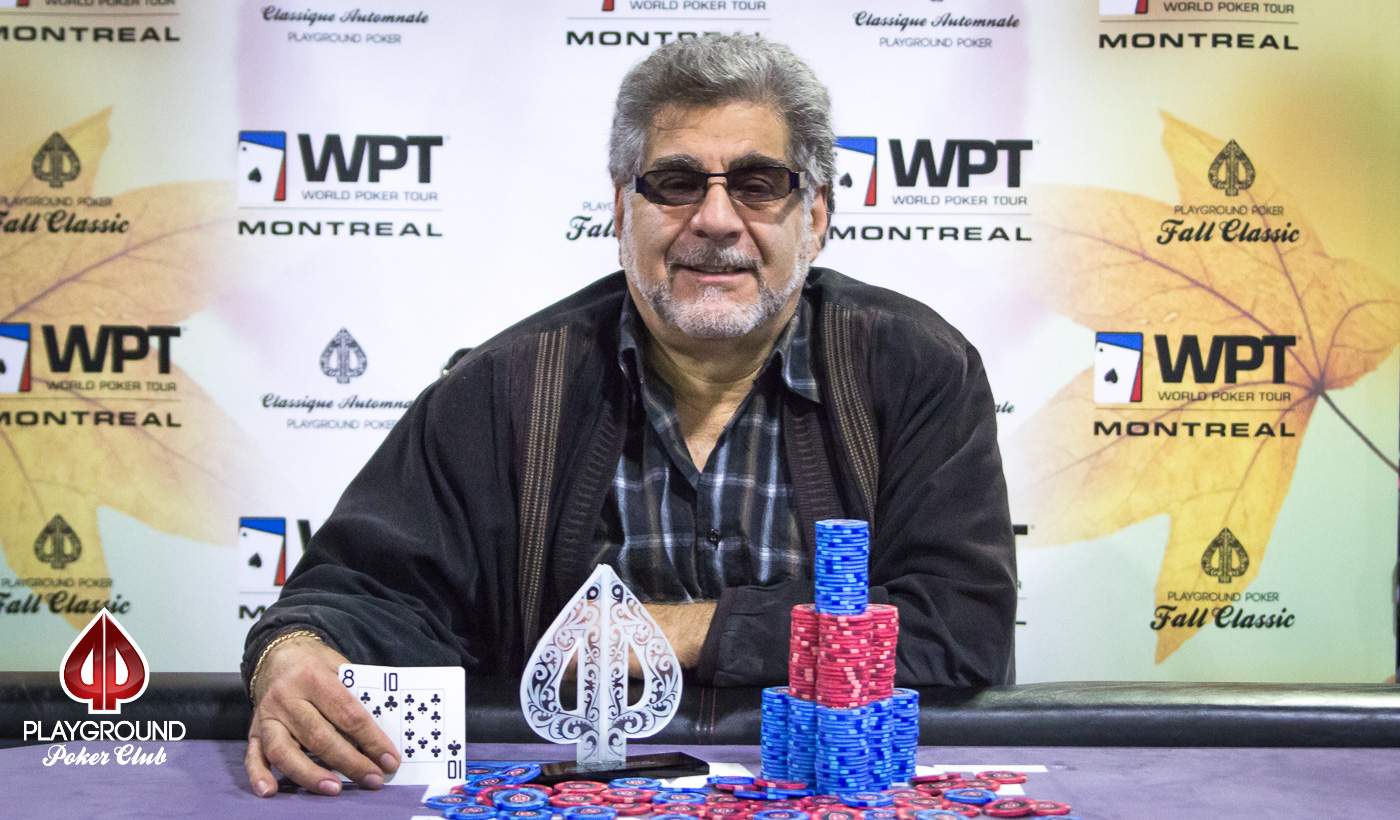 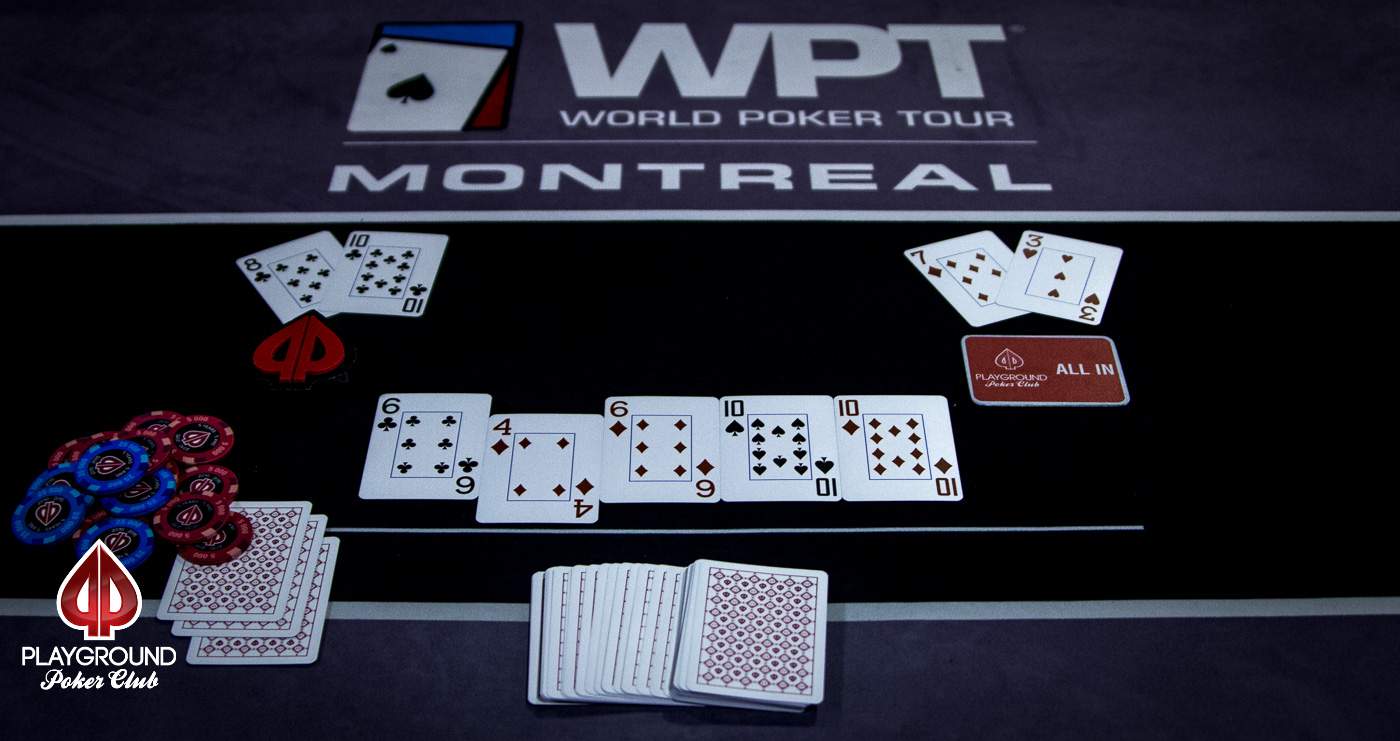 Christopher Tavares played a great game. He built his stack early in the tournament, and was among the leaders ever since. His stack dwindled down after reaching the money, but he held on, and caught a break at the right time on the final table to squeeze into the ICM chop. His 3rd place is good for $5,580, part of which, he said, will go to a new crib for her baby girl!

Shortly after the deal, Malawai Hoyer went down with jacks against a low ace, after the board completed a wheel for her opponent.

was no match for Christopher Tavares’

Pawan Braich then took out Richard Catellier. He now has more than half the chips.

When the field got down to 6 players, with excruciating blinds on the screen, survivors chose to chop what they could according to ICM number. The final is now a winner-take-all Event, with $1,020 and the Champion Trophy still on the line. The remainder of the prize pool has been divided as follows:

Donghai Lu came to the final table as the overwhelming chips leader, but after Richard Catellier, second in chips, took a huge bite in his stack, he doubled another finalist, and his last chips were disputed by 3 players. His brutal downfall has now come to a close.

Sébastien Drolet-Poitras then shoved his last 200K with

, and was called by Christopher Tavares. With 80K in the big blind, his

was going in. The 7 on the flop spelled Sébastien’s elimination, and he took it with a smile. Good sport.

went down after Pawan Braich’s

hit its own kicker, on the river this time.

6 players have just agreed on an ICM chop, which should speed up the game considerably. Details will be published shortly.

Gianfranco Giordano went all-in from the hi-jack with

, and the action folded all the way to Pawan Braich, who was sitting in the big blind. He made the call with

, and flopped 2 pairs. both stacks were in the 300K vicinity.

Gianfranco was crippled, and his Bounty went to Donghai Lu on the Following hand.