Tonight’s edition of the 50/50 Bounty, Event #4 of the March Power Weekend, lived up to its billing and was a huge success. This tournament brought out 195 runners, building a prize pool that easily surpassed the $20,000 guarantee.

Tonight’s action went through two distinct phases; the first can be simply described as bounty hunting. In the early levels, the players were taking every opportunity to chase down their opponents and the all-ins provided more incentive to call than to fold, regardless of the hole cards involved. The second phase offered a stark contrast; it was all about laddering up. With 25 places paid, there was a huge gap between top and bottom of the prize list so throughout the final three tables the players tightened up and held on to every chip dearly in their efforts to get close to the big money.

Tonight’s champion, Robert Ouellette, went on a magical run this evening. His timing was exceptional, allowing him to get maximum value and multiple bounty chips on numerous occasions, giving him the chip lead most of the evening. After the final 6 players agreed to an ICM chop at the final table, Ouellette took the largest share of the prize pool and he soon found himself heads-up against Michael Fitzpatrick. They had a back-and-forth heads-up battle, but it didn’t take long for Ouellette to finally dispatch his last opponent.

Ouellette’s own words foreshadowed the end result: “It’s my night!” 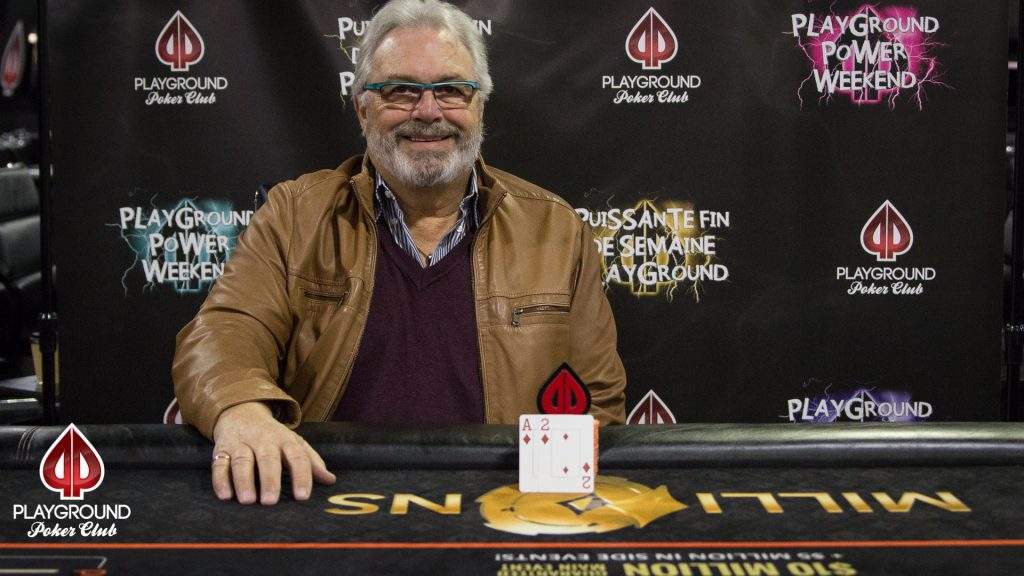