With the accelerated blinds agreed to for heads-up play and the financial deal in place between the players, heads up was a relatively quick affair.

After just over a 20-min level of play, Jean-Pascal opened to 33M from the sb/button, Jonathan shoved over the top from the bb and got the call.

Final Hand of the event 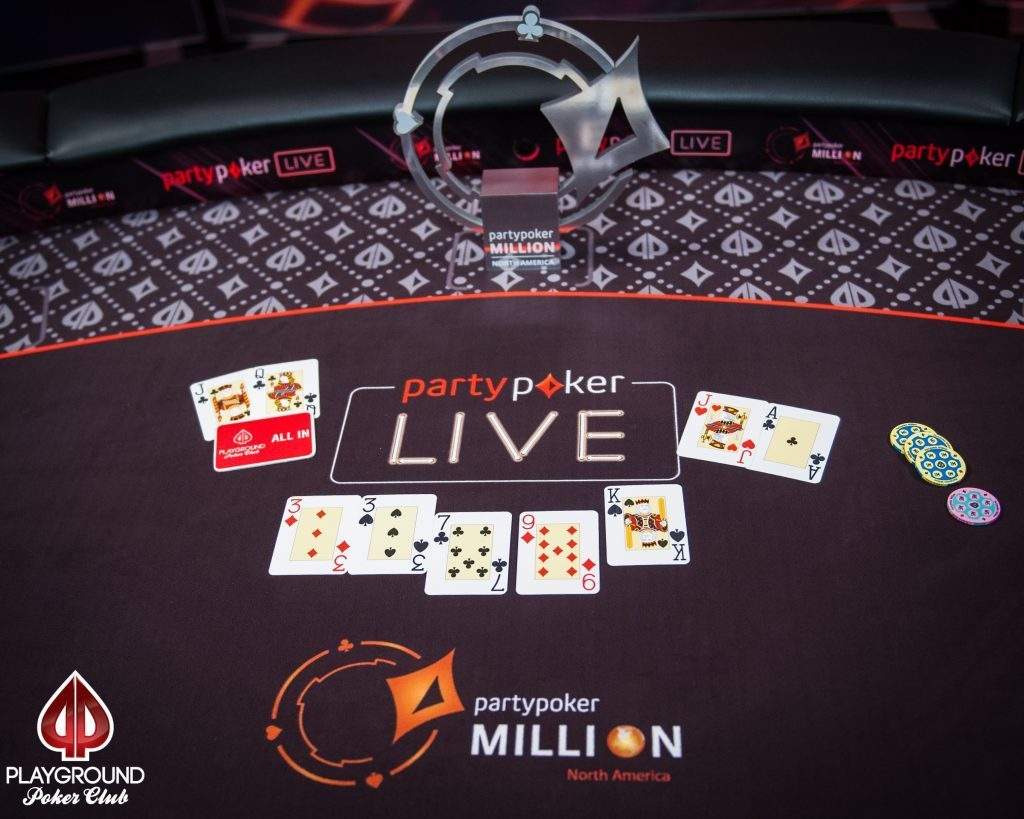 The partpoker Million North America has entered its final phase as there are just 2 players remaining and Heads up play is set to begin.

Jean-Pascal arrived at this point with an almost 2:1 chip advantage, playing 747M to Jonathan’s 395M. And with the chips counted, the players decided to pause the clock to discuss a deal, and based on those chip counts they arrived at an arrangement that suits them both.

The first part of the deal is that both players have agreed to skip a level and go straight to play at 6M/12M with no ante HU, and also to reduce the clock per level to a quick 20 minutes.

In terms of the financial part of the deal, the players chose to reserve $165,000 and the Champion’s Trophy for the eventual winner and to distribute the remaining prize pool based on relative stack sizes.

The new payouts agreed to are:

Play has now resumed with this deal in place. 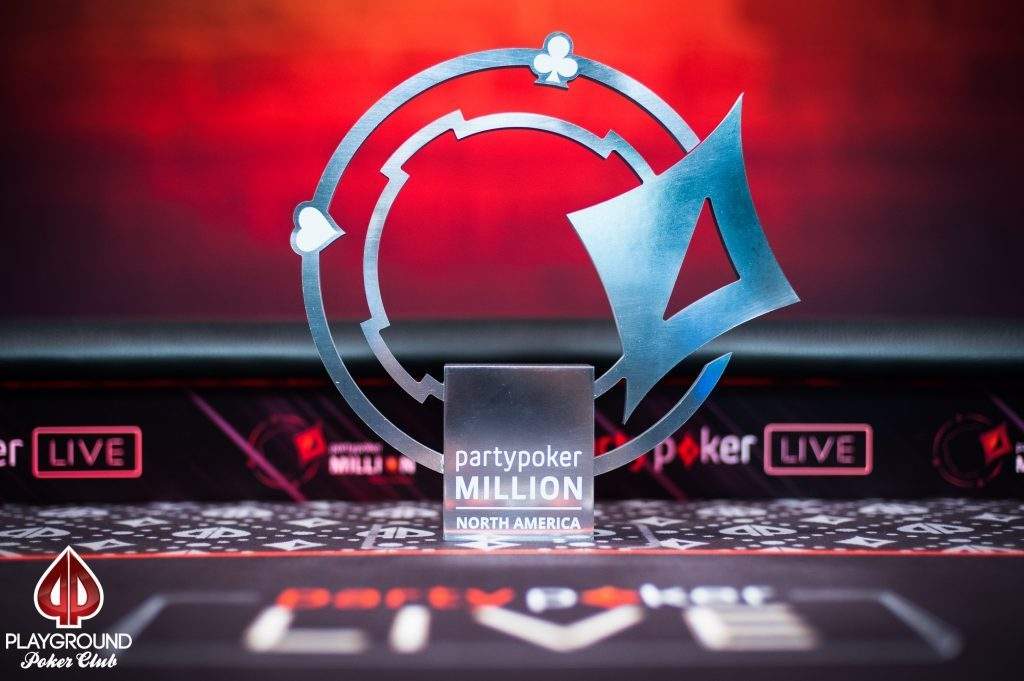 Philippe D’Auteuil has been eliminated in 3rd place in a very surprising turn of events that occurred just a few hands after he had moved to 3rd in chips. Jonathan Bussieres was in the small blind and chose to use his newly-gained stack to steal – but Philippe had a real hand and insta-called and was way ahead preflop.

The flop was not kind to him though:

– Jonathan had made a pair. There was no help for Philippe from the turn

and he was eliminated in 3rd place.

Jonathan Bussières was down to just over 12bb in the big blind when Philippe D’Auteuil folded utg and, as has been his custom with the large stack, Jean-Pascal Savard shoved sb to Jonathan’s bb. This time, Jonathan had a hand, and he made the call.

and Jonathan had his double. On the following hand, Jean-Pascal took some chips from Philippe, putting Jonathan into 2nd place.

Louis Boutin has been eliminated in 4th place in the partypoker Million North America for a $335,000 payday – which alone represents just about 3x his lifetime live earnings to date! Plus, after starting the final table as the short stack, Louis successfully managed to ladder up several pay jumps through the day.

Louis started the current level with 140M in chips – just 17.5bb – and though he managed to chip up slightly in the first few hands at 4M/8M/a1M, he was still the short stack on the table playing under 20bb. In his final hand, Jonathan Bussieres shipped from the button and Boutin made the call from the sb and the cards were tabled:

Bussieres was behind, but the flop put him ahead and the turn and river kept him there – Boutin was sent to the Tournament Desk for his payout coupon.

There are just 4 players left in the partypoker Million North America, and despite the world-beating talent on the table to start the tournament, the final four is an all-Quebec affair. Ari Engel and Niall Farrell – two of the most feared players in the event – were both eliminated in the last level of play. The payout for the next player to be eliminated will be a whopping $335,000.00!

Play will resume in level 37 with a chip average of 285M, but only one player is above that level – Jean-Pascal Savard, with 510M in chips. This new blind level reflects a possible inflection point in the tournament, as the anti has now grown to 1M in chips – the same as the starting stack on the first day! 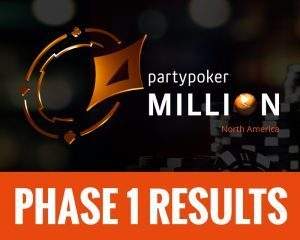