Heads up play between Goose S and Hrair Yapoudjian started off as a lopsided affair – Hrair had about a 5:1 chip lead at the outset. But within a single level of play, Goose had turned the tables and it was he who had the advantage. Play continued like that for another half level, and Hrair played well to narrow the gap considerably – but as 7:00pm approached on the clock, Hrair suddenly agreed to the even chop that Goose had offered twice earlier.

Neither player wished to take a Champion’s photo either – but each of them was happy to take their prize coupon of $1,355.00

Play is now heads up between Hrair Yapoudjian and Goose S. 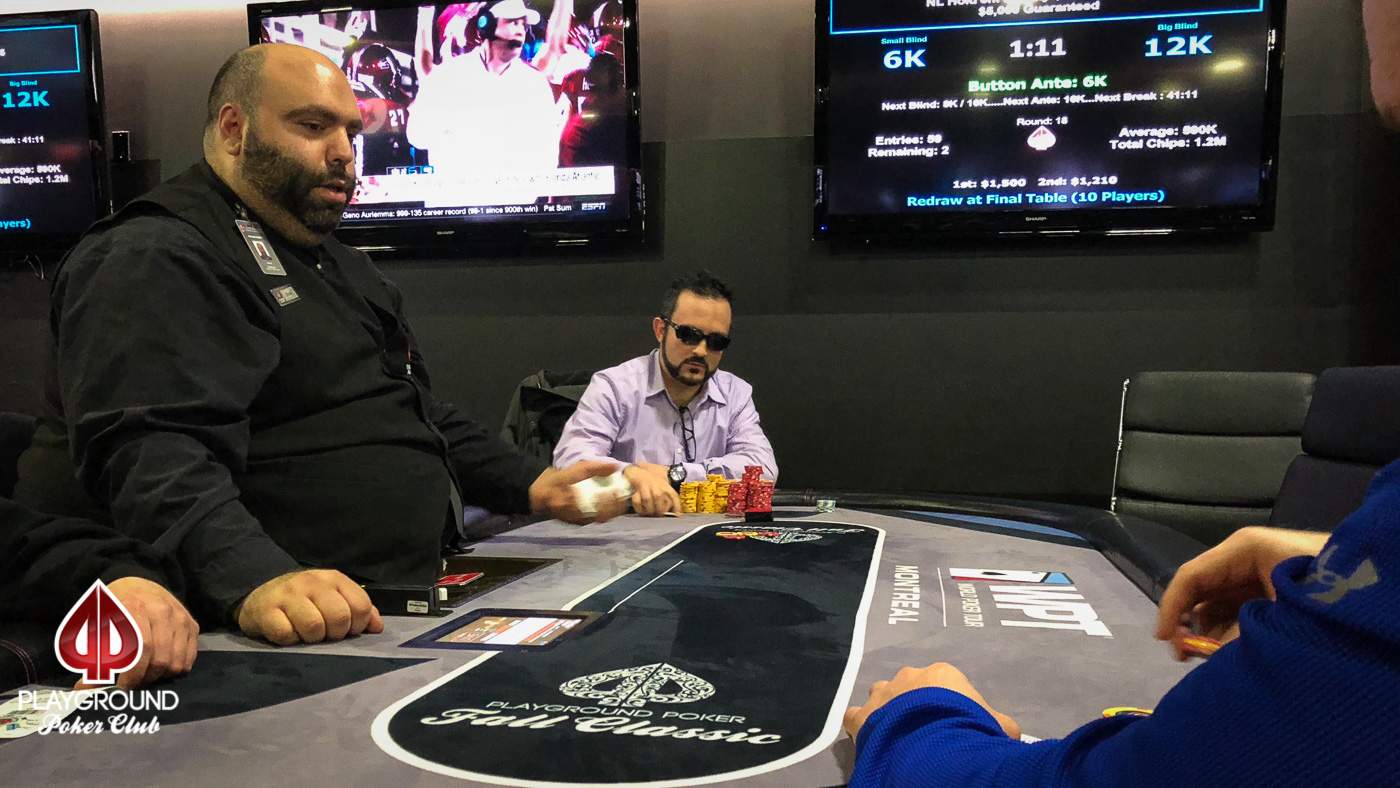 . The players reported that the Jack on the flop sealed the deal very quickly and Jason shipped his 250K stack to Hrair, who is the massive chip leader.

Next to go was Peter Shaw, who was lucky to ladder up a spot, and a few hands later Jonathan Lefebvre shipped his last few chips to Goose S and the tournament is now heads up! 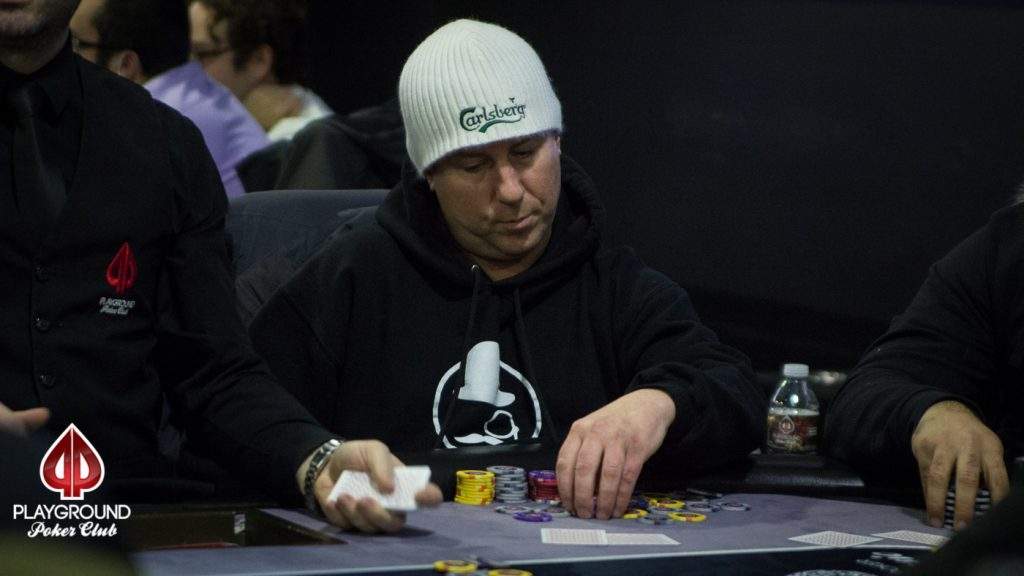 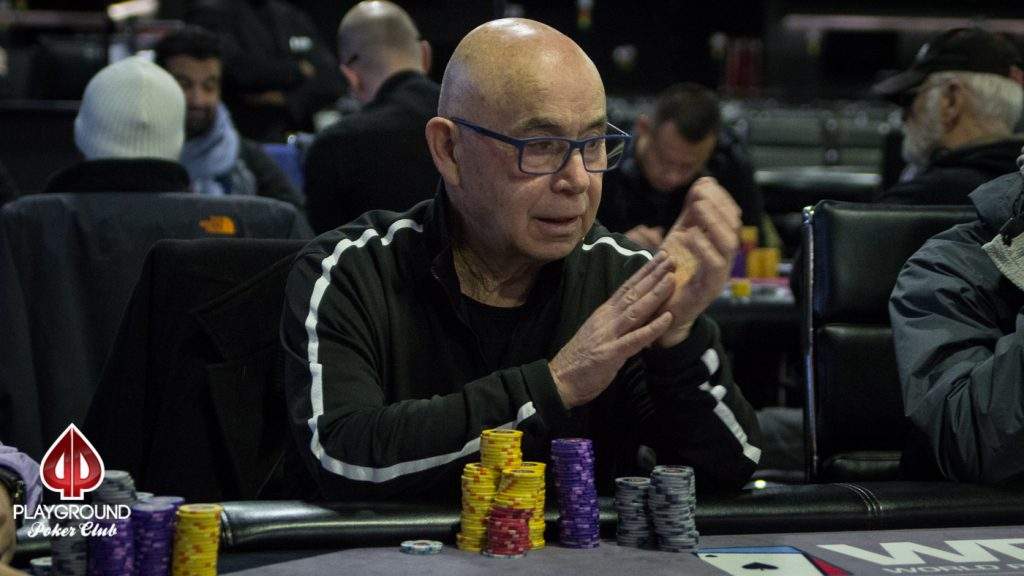 Three of the short stacks have now hit the rail in the $125 Bounty. First to go was Normand Chapdelaine who gave it all up to chip leader Hrair Yapoudjian, followed a few hands later when Ayo Smith found himself all-in in a 3-way pot with marginal holdings (

). One of the hands he faced ended up being the

held by Jonathan Levebvre and he was quickly seen to the tournament desk to collect his payout coupon.

Third of this group to go was Stephane Sevigny, although we missed the action. 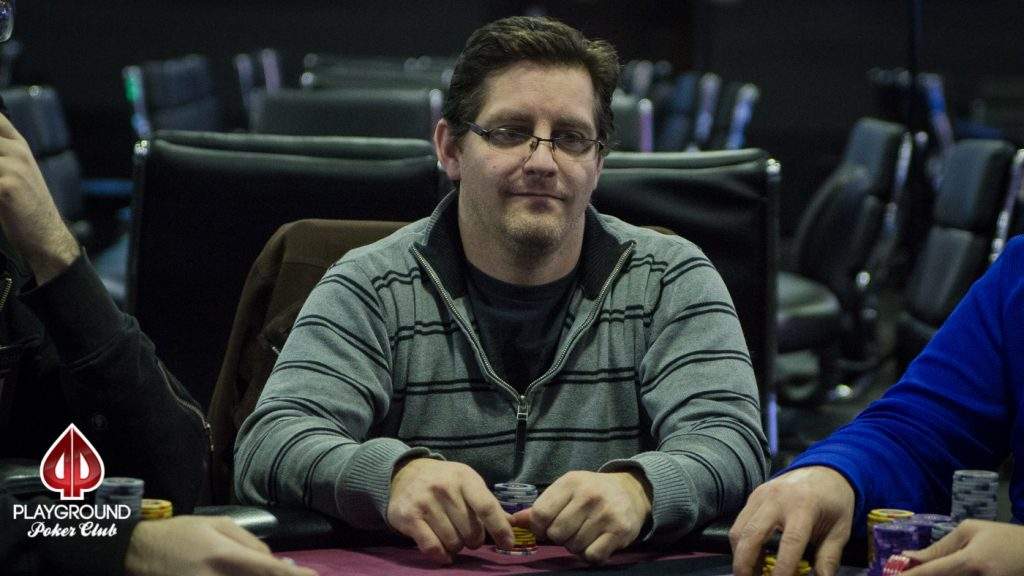 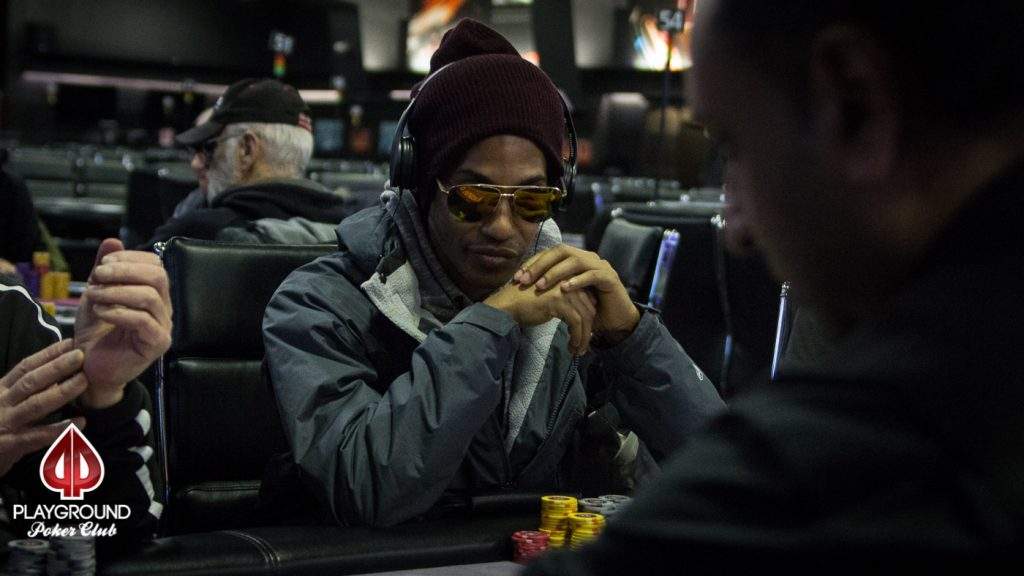 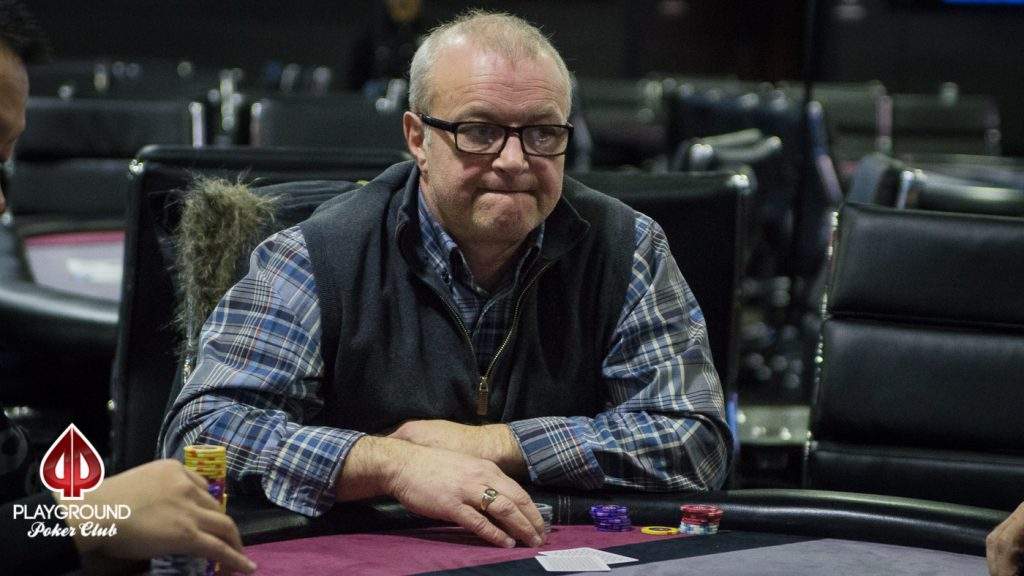 Just 8 players remain in the $125 Bounty and as they went to break, they unanimously decided to take $160 from the first place prize and add an additional payout in 8th place – so there will be no bubble and everyone is now in the money!

We counted the stacks of all of the remaining players, and with 3 players holding less than 8bb in their stacks, they should consider themselves fortunate to have done a deal. Play should accelerate once everyone returns from break – at least for a while. 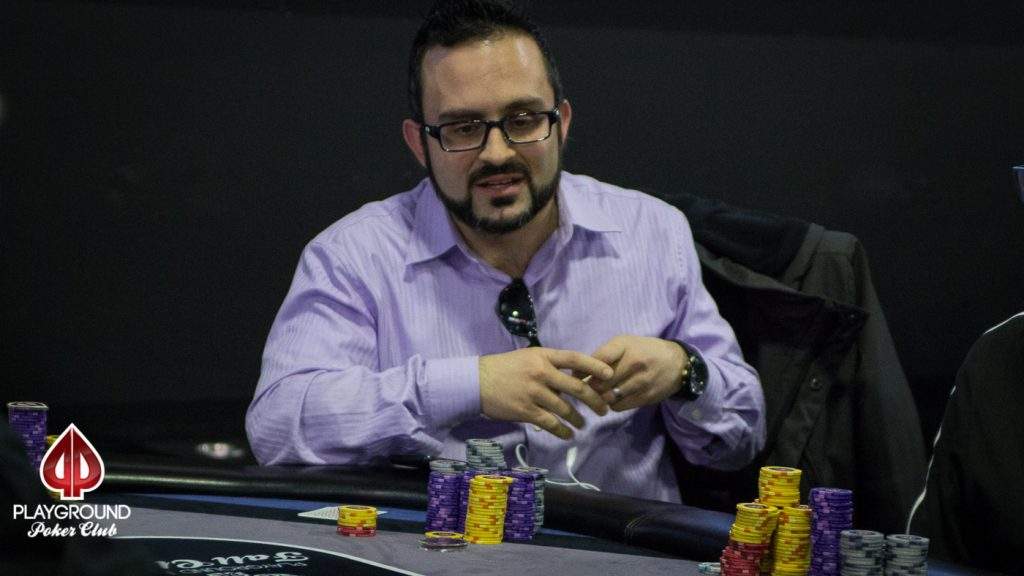 The Bounty tournament has reached the 10-handed final table and the money bubble will be reached before long, even considering the relatively slow pace of play at the moment.