The Playground 500 was the marquee event of the 7th anniversary week-end. It featured a $250,000 guarantee, which was easily surpassed by the 562 entries that took part in the tournament.

The online Day 1 had already sent 7 players to the qualifiers list when the live portion of the event started on Friday with Day 1A. Day 1B and 1C unfolded on Saturday, and 149 players returned on Sunday for Day 2, where the money was to be reached. 71 players got paid, 12 of whom returned tonight for Day 3 and the completion of the event.

The 12-player field was led by Sean Edelenbos, but he was the second to go, 1 position shy of the final table. Thomas Lefort, arguably the most experienced tournament player on the final table, got the boot after losing 2 premium hands in one orbit.

When 3-handed play was reached, players discussed a deal, but could not agree on the terms, and play resumed without any change in the payouts. Spencer Jean-Baptiste was then eliminated by Eric Benhamron, which led to fresh chip chop calculations. Eric’s 15M stack was worth $42,670, while Jason Morin’s 13M stack represented $41,060. Another $5,000 was on the line for the eventual winner.

The hand that crippled Eric was a true dagger. Eric’s

, and saw some heavy action. When the

came on the turn, Eric was raised all-in from 2.2M to 10.5M. He felt something strange, but could not bring himself to fold top 2 pairs. He took about a minute to call and after a blank river, was left with just a few chips, which were doubled only once. You can see him react to Jason’s hand below.

Jason Morin, from the Québec City area, was less experienced, but played fiercely, and made his way to – and through – the heads-up match with style. Congratulations! 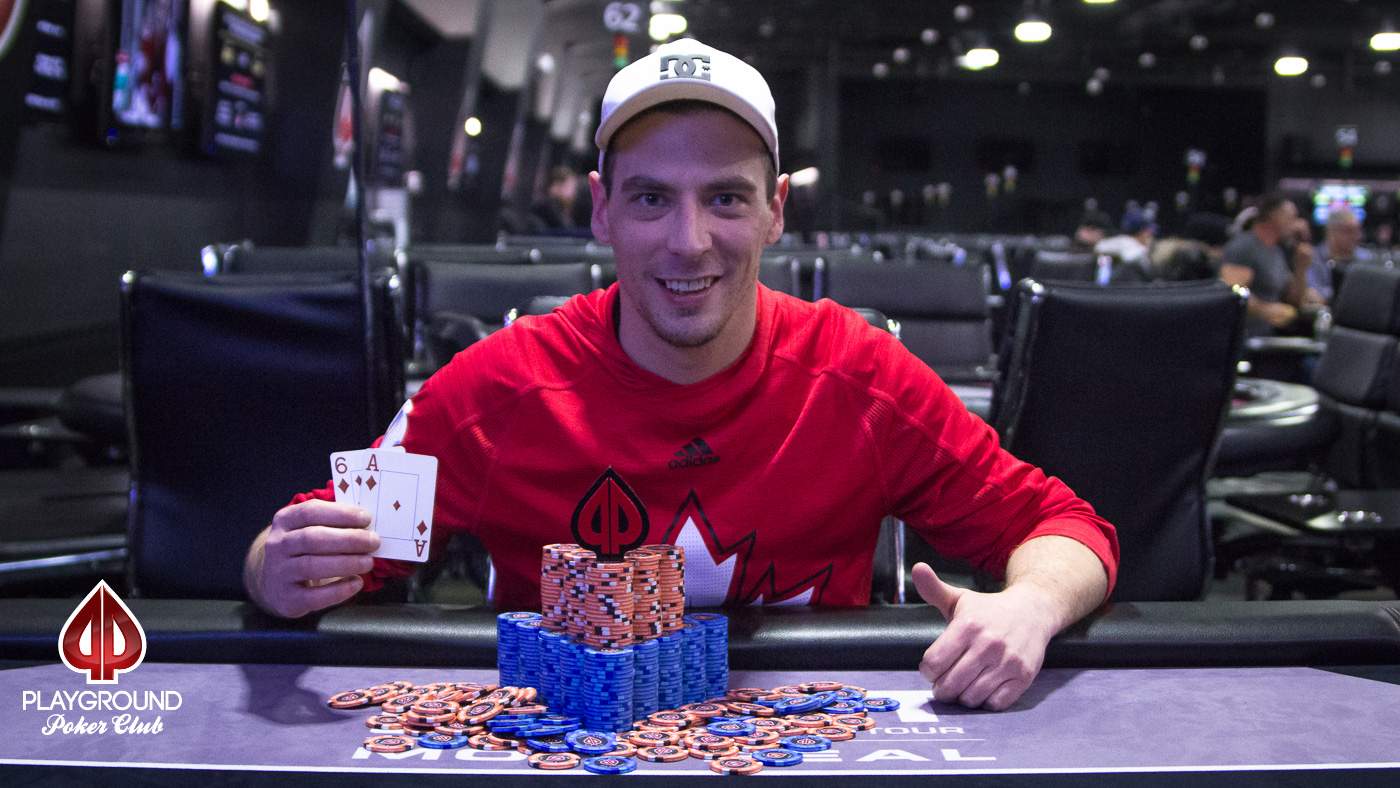 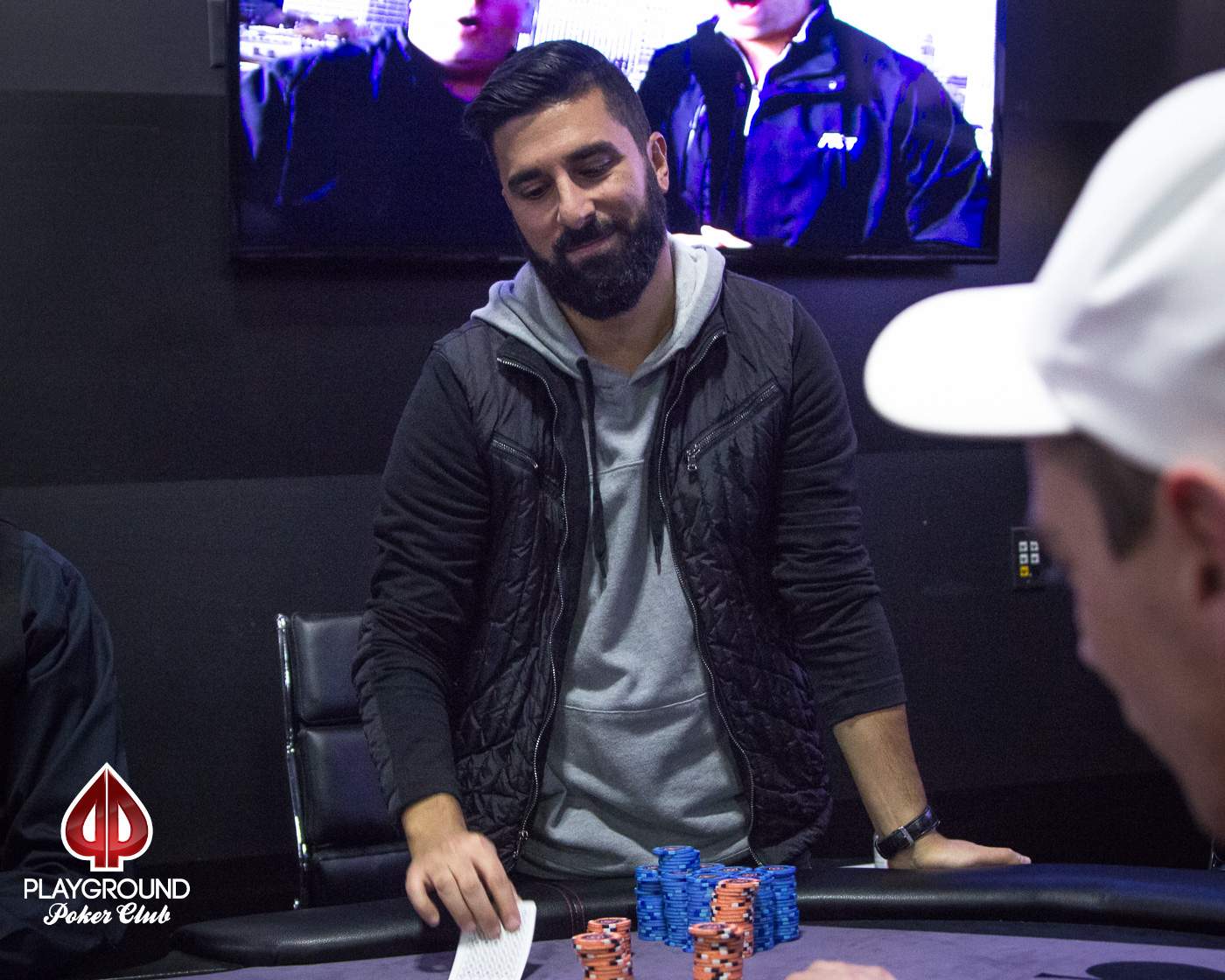 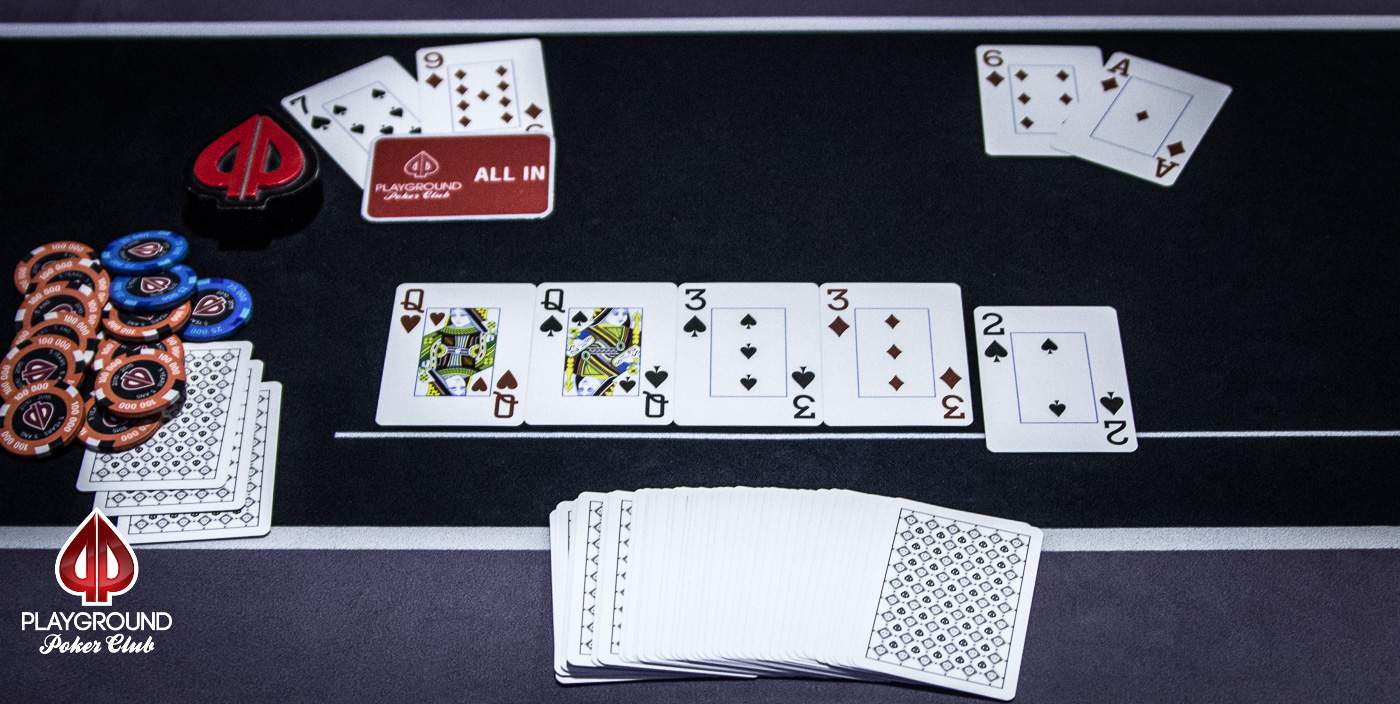 After a few substantial pots that favored Eric Benhamron, Jason Morin raised to 825K from the small blind. Spencer Jean-Baptiste went all-in from the big blind, and Jason called right away. Our 2 shortest stack went to the board:

Our 2 finalists are looking at the chip chop calculator.

made a wheel on the turn. He managed to check-raise the river to 2.5M and get paid.

Shortly after though, he gave it back with interest, after Eric slow-played his flopped 2-pair. The money went in on the turn, adding to a pot that was already sizable, and Spencer was far from buried:

After some lengthy deliberations about the remaining prize pool, our 3 finalists resumed play with unaltered payouts. They could not come to an agreement, but continued with no hard feelings. Shortly after, Spencer managed to double through the chip leader:

Our 3 live stacks are now about even.

Wayne Litherland raised all-in, first to act. When the action was folded to Spencer Jean-Baptiste, he called instantly. Spencer’s ace-king flopped top 2-pair, and improved to a boat on the turn. Wayne’s queen-jack was then drawing dead, and he walked away, wishing everybody good luck.

Spencer stood before the flop fell, and kept the pose until the turn:

Players are now discussing a deal.

First to act, Eric raised all-in. Jason Morin folded, and Spencer Jean-Baptiste, not realizing that Eric’s stack was committed, announced a call. He only meant to call the big blind and play Wayne Litherland heads-up, but when the tournament director came over, 3 million of his chips (the size of Eric’s stack) were forced in.