The first event in this June Playground Power Weekend has come to an end as the final 6 players in the tournament chose to divide the remaining prize pool via ICM chop. Unlike in most of the larger festivals we host, there is no trophy nor any amount that must be reserved for an eventual champion, so when the players come to such a deal, play ceases immediately.

Just 3 of the final 6 players chose to appear in the Winner’s photo.

Giovanni Petrella and Daniel Gates have been needling each other – in a very friendly fashion – for some time today, and when the final table came together Giovanni asked the blogging team to confirm the he had won this very event the last time it was held – in response to some needle or other from Daniel.

We were able to confirm that Giovanni was the victor in the version of this event held during the Playground 5th Anniversary Series… but just a few seconds later, we also confirmed that he won’t repeat his win… Giovanni has been eliminated in 7th place.

The players have reached the final table of the Win the Button event and beyond, as just 7 players now remain (Dean Cooke and Jean-Christophe Forest were eliminated in the first few hands).

The players in the Win the Button tourney are on their second break of the day, and after the first 9 levels of play, here are the current leaders in the tournament:

There were a total of 67 entries in today’s Win the Button tournament in the June Playground Power Weekend, which contributed to a total prize pool of $4,550.00. This will be distributed according to the following table.

The players in the Win the Button tourney are on their first break of the day and with late registration set to close in just 8 minutes (at the end of the break), the total number of 65 runners is pretty close to the final number. Following the break we’ll publish a full list of prizes based on the official final number of players in the event.

Of those 65 entrants today, there are still 50 players alive in the tournament. It’s too early for anyone to have built up a commanding chip lead but we’ll get a few counts once players have returned to the tables.

Here are a few early shots of the field in the Win the Button tournament. 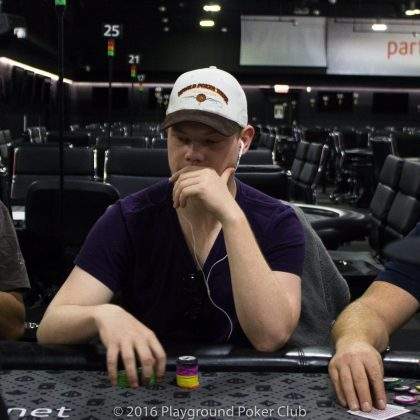 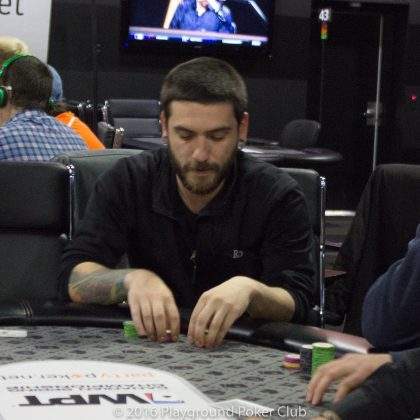 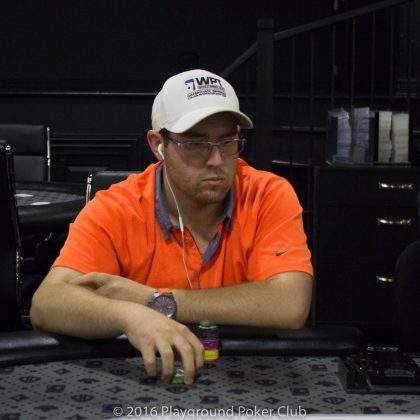 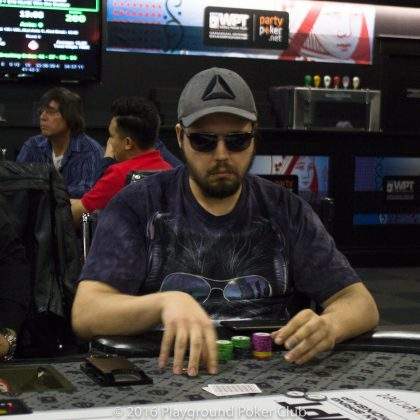 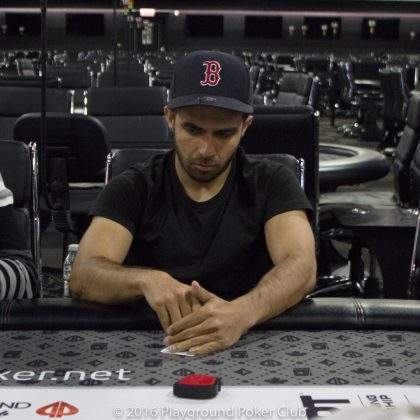 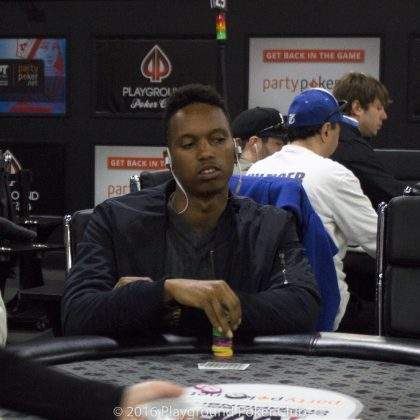 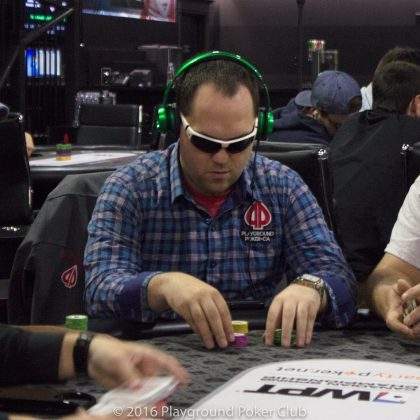 It’s only Wednesday, but at least for this week, that’s the beginning of the weekend here at Playground Poker Club – the Power Weekend! The first event has been underway since 12:00pm, which is a $70 + $10 NL Hold’em Win the Button tournament.

So far there are 42 players in the event but late registration is open until 1:30pm, so there’s still lots of time for players to jump in the action.

Every time you win a pot, you also win the button for the next hand!