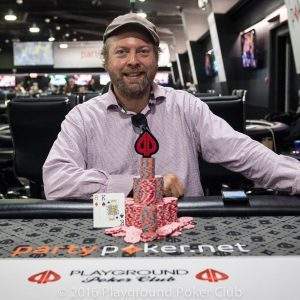 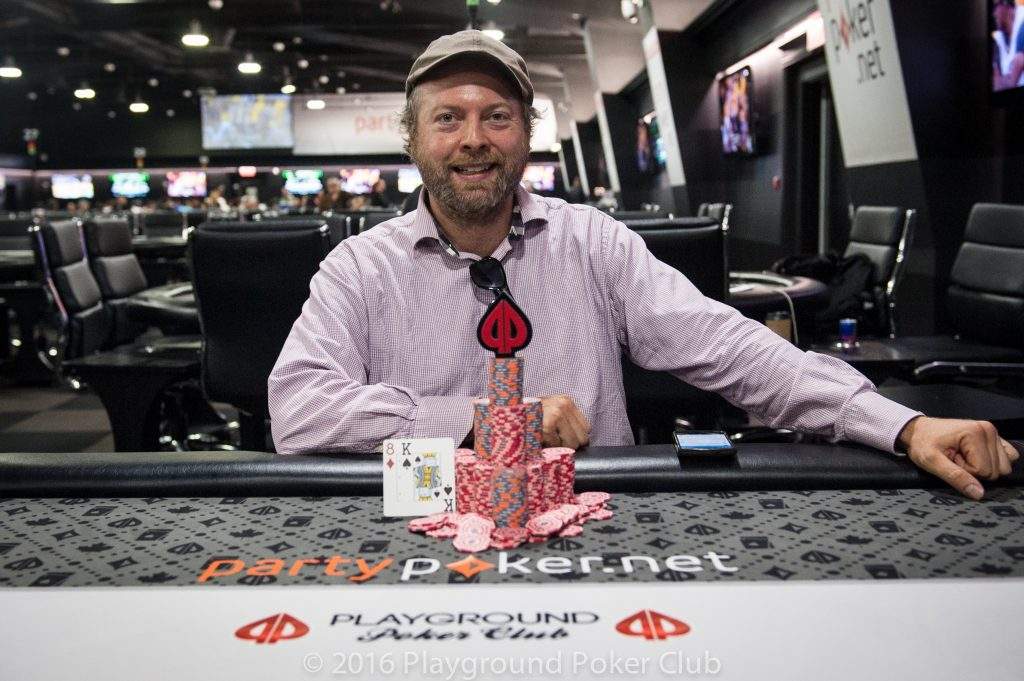 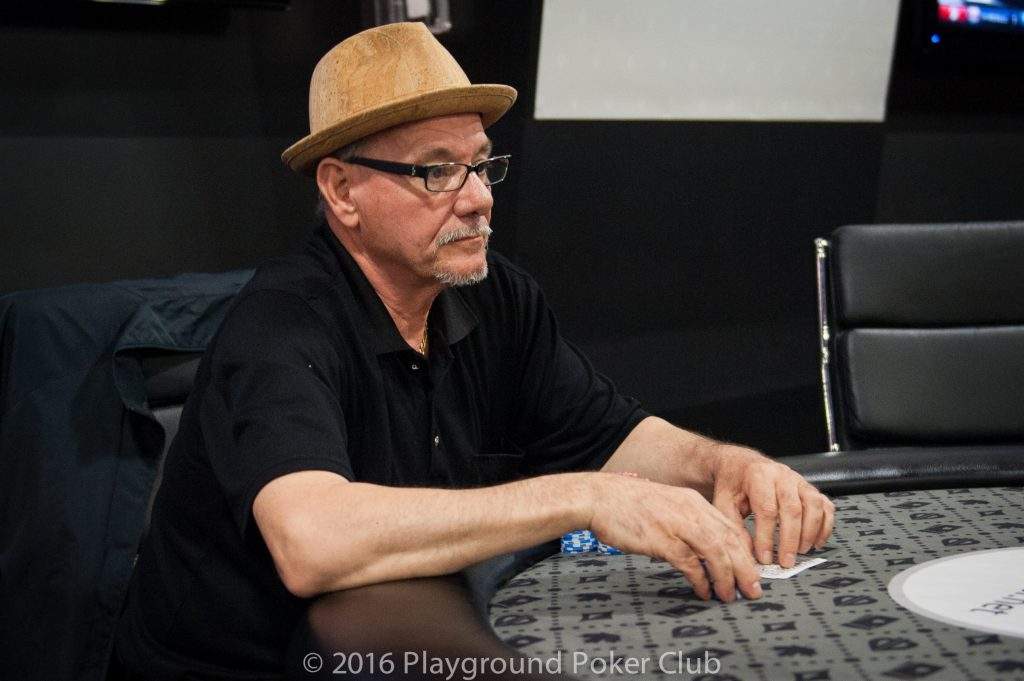 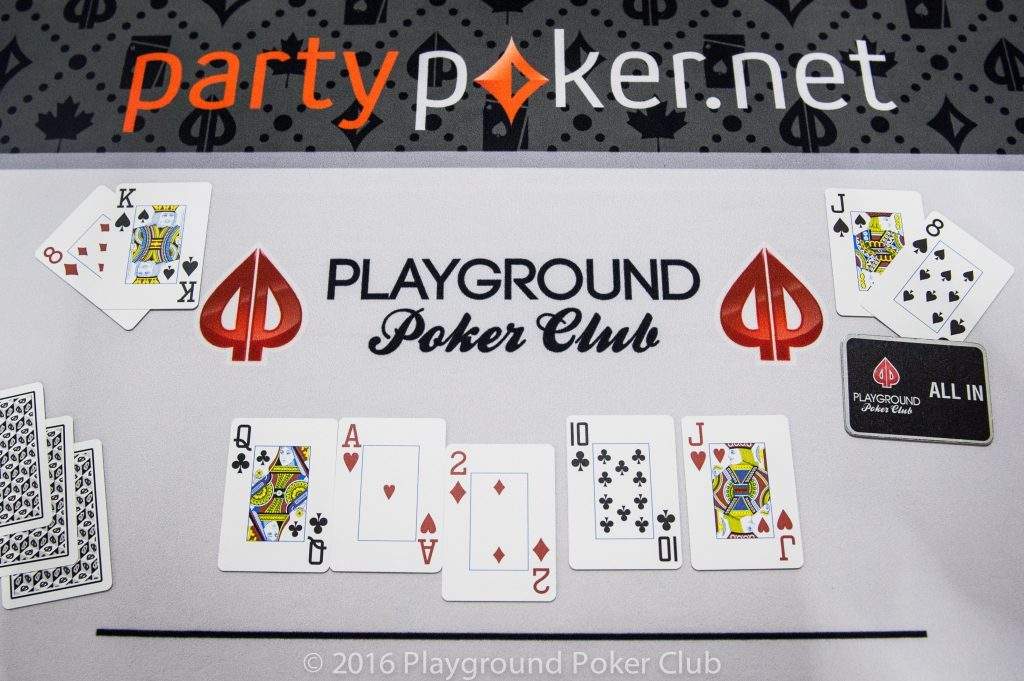 Prosper Azoulay began heads-up play versus John Palmer with a 5-to-1 chip deficit, however he has been battling hard the last level and has managed to even the game.

In the most recent hand, he called a 280K preflop raise from the big blind, and both players checked the

flop. When the turn brought the

river, Prosper moved all-in, forcing John into the tank. A few minutes passed before Prosper called “time” on his opponent, and with only a few seconds left before his hand was declared dead, John announced the call. Prospered tabled

for a full-house, and slid forward 2.36M to be doubled up.

Once the hand was over, John’s lead was cut down to just 300K, meaning both players were basically even stacked. They decided to make a deal, locking in $15,807 each all the while leaving an extra $2,000 for the eventual winner. 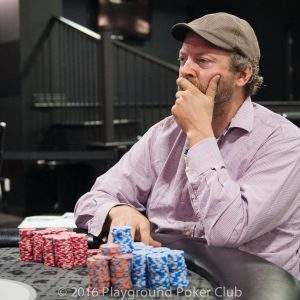 The All-Stars for Starlight Event has reached heads-up play, and it is John Palmer versus Prosper Azoulay! John currently holds a little more than a 5-to-1 chip lead, however in this game of poker, nothing is ever set in stone.

Good luck to you both! 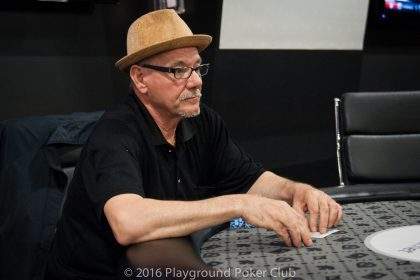 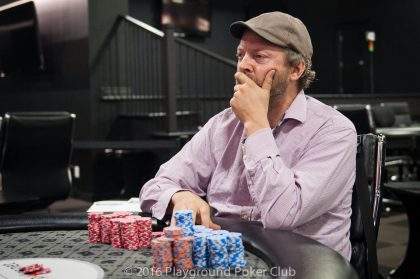 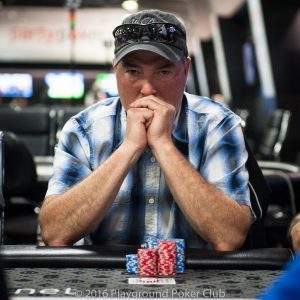 John Palmer’s good run continues, as he just made a huge call 3-handed to bring the field down to just 2 finalists.

He opened to 260K from the button, and was faced with an all-in from Robert Amireault in the small blind. When hearing that the total count was of almost 3.5 million, he went into the tank. A few short moments past before he elected to call the 35bb shove, and they were off to the races.

John spiked just enough on the

board to win another big pot, and enter heads-up play with a 5-to-1 chip lead. 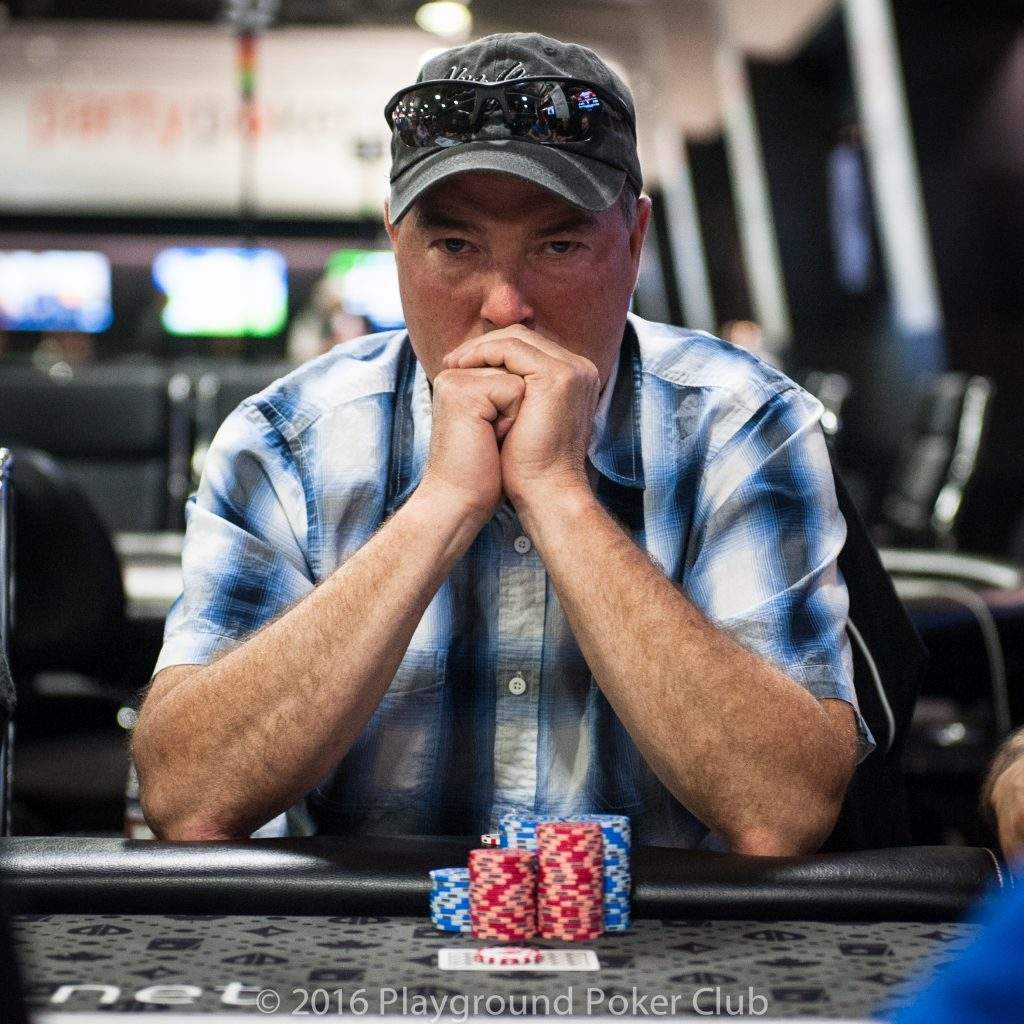 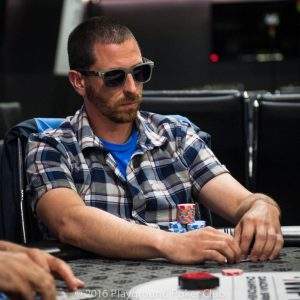 John Palmer has been enjoying a bit of a heater after doubling up through Jonathan Bussieres not too long ago. He chipped up to just over 3-million when he called a 3bet shove from Prosper.

John crept up to over 6-million with that pot, while Prosper’s holdings dropped to below 2-million.

Not even a full orbit later, John was in the big blind when he called the small blind shove of Mathieu Boulanger-Vaugeois worth roughly 1.6 million. 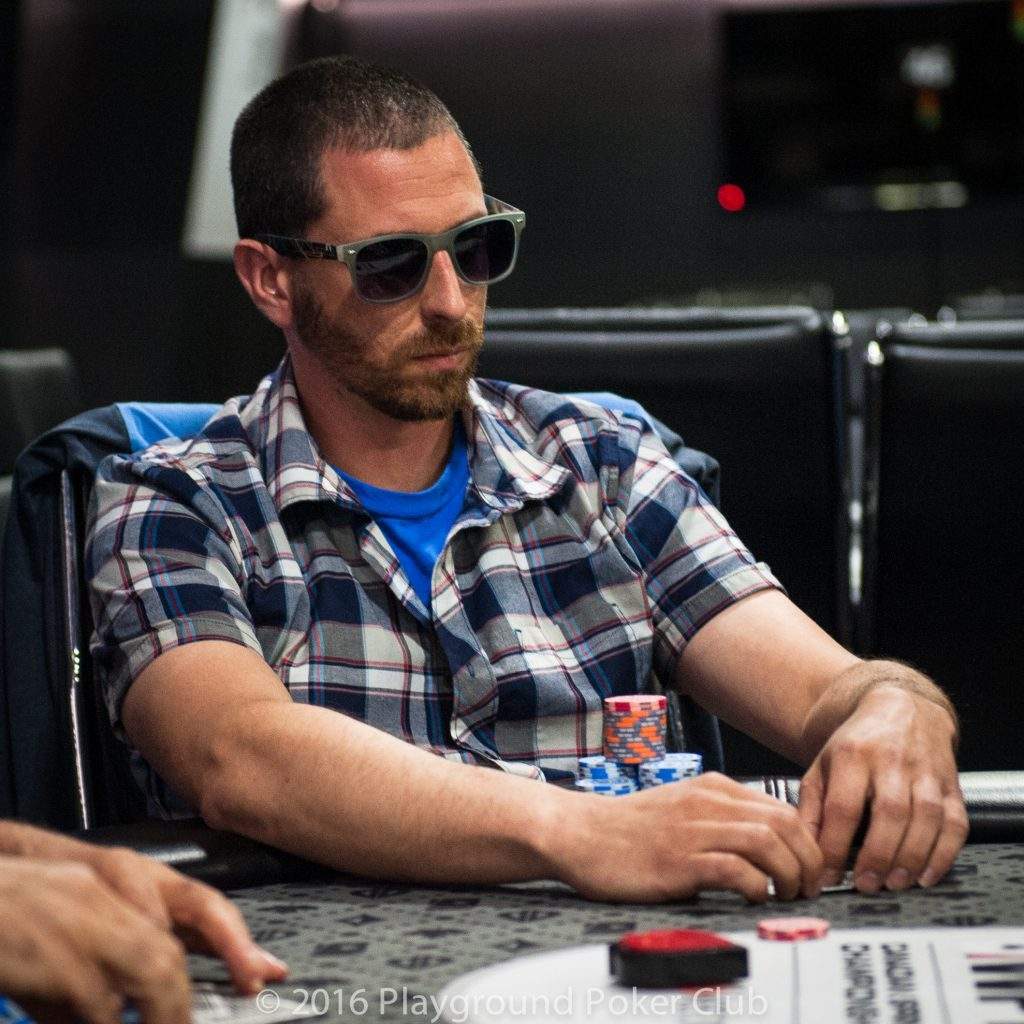 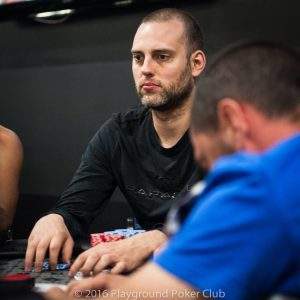 Players went on a short break following the massive 3-way all-in that Robert Amireault won, and we took this chance to update the chip counts. Below is a look at the chip distribution at the start of level 30:

Mathieu Leclerc was all-in on his first hand back from the break, and failed to stage a comeback, ending his run in 5th place. 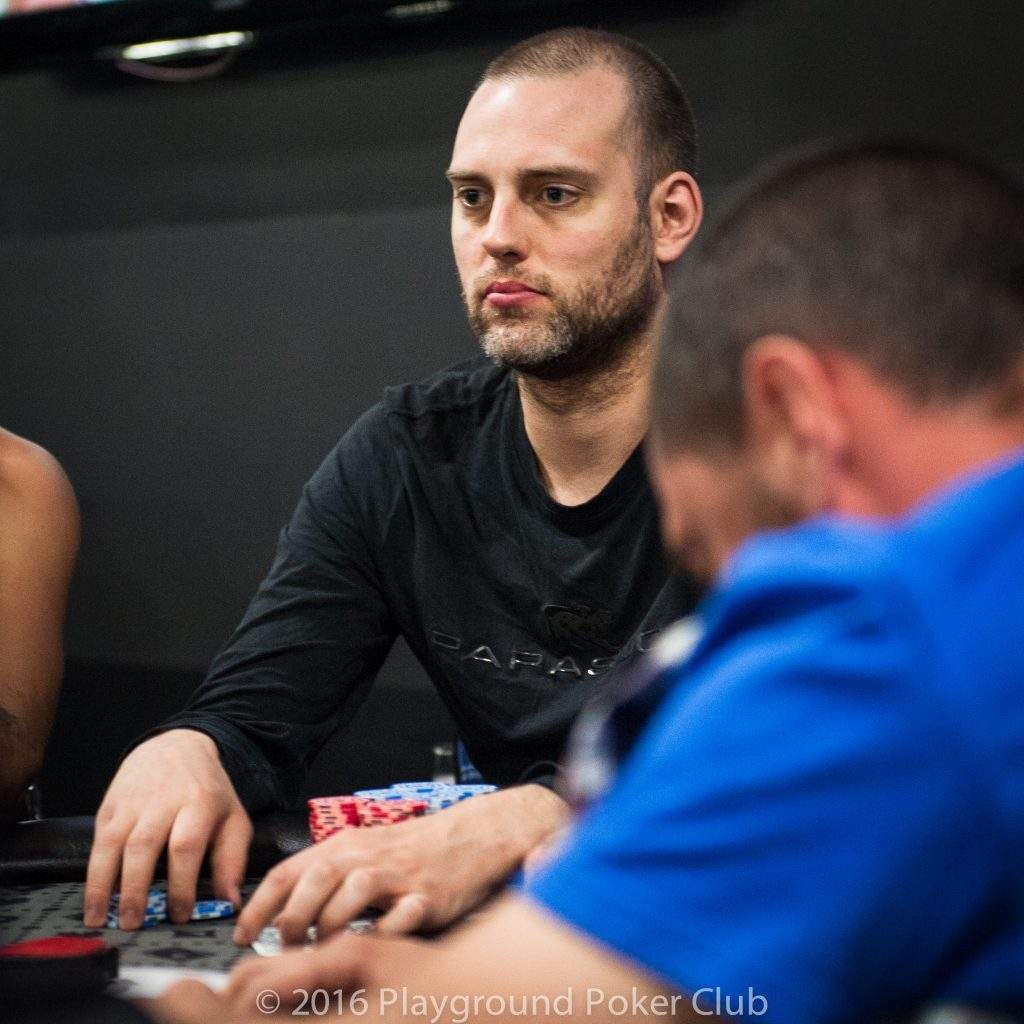 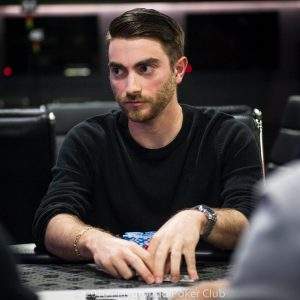 Shortly after losing most of his chips to John Palmer, Jonathan Bussieres moved all-in with his last few chips from middle position. Robert Amireault called the 3bb all-in sitting in the small blind, and Mathieu Leclerc followed from the big blind.

On a flop of

, Robert checked first to act, and Mathieu fired 260K. Robert instantly announced all-in, and was followed by an even quicker call.

for the flopped straight, while Robert turned over

for a set of tens (his second flopped set of tens in this level). Jonathan was in big trouble with his

, however once the dealer rung out a

, both Mathieu and Jonathan were drawing-dead to Roberts quads (the river

Once stacks were counted, Mathieu was left with only 30K, while Robert was up to 4.1 million. 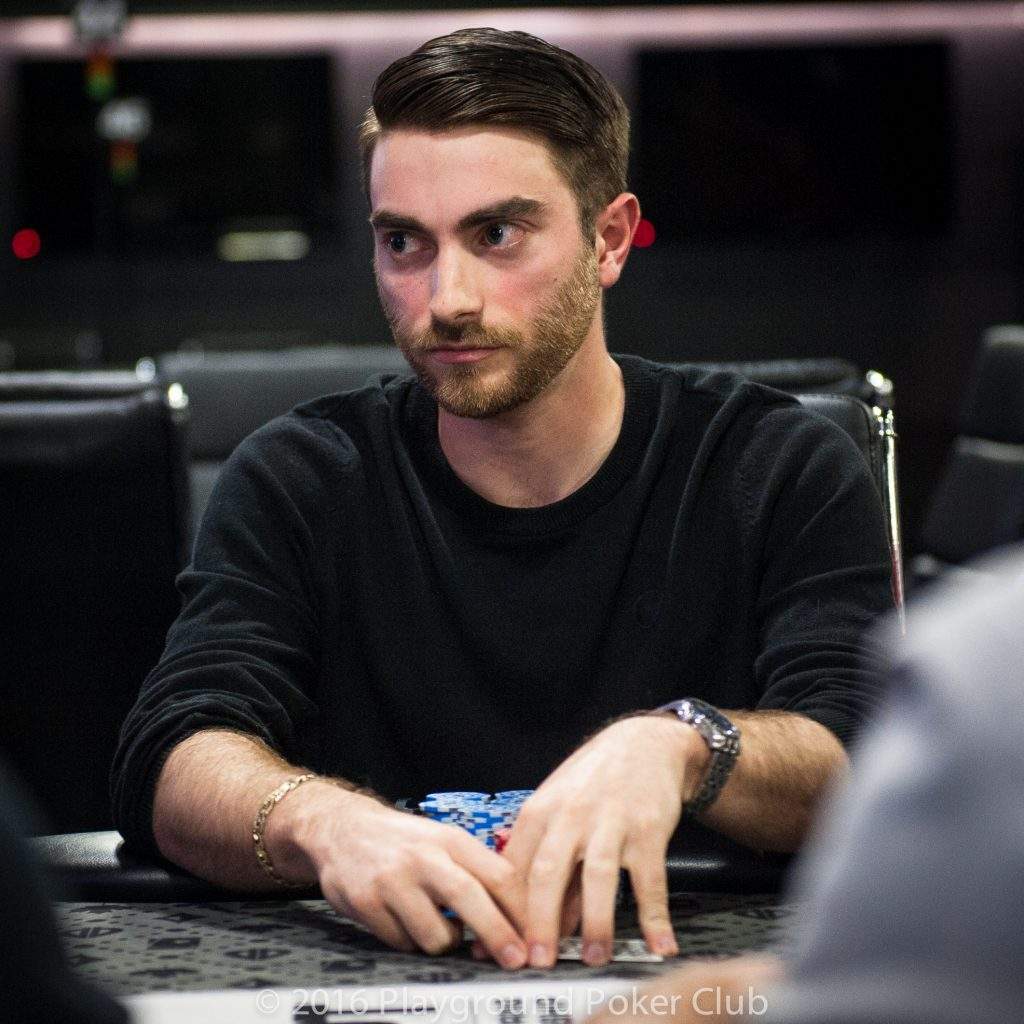 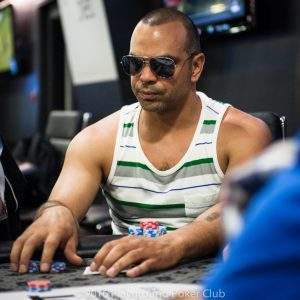 Ian Armorer was sitting on just under 9bb when he moved all-in from under the gun. Action folded around to Robert Amireault in the big blind, who woke up with a calling hand.

Robert flopped a set on the

board, and although we saw AK catch up on a similar flop just moments ago, this was not the case for Ian as the running cards brought the 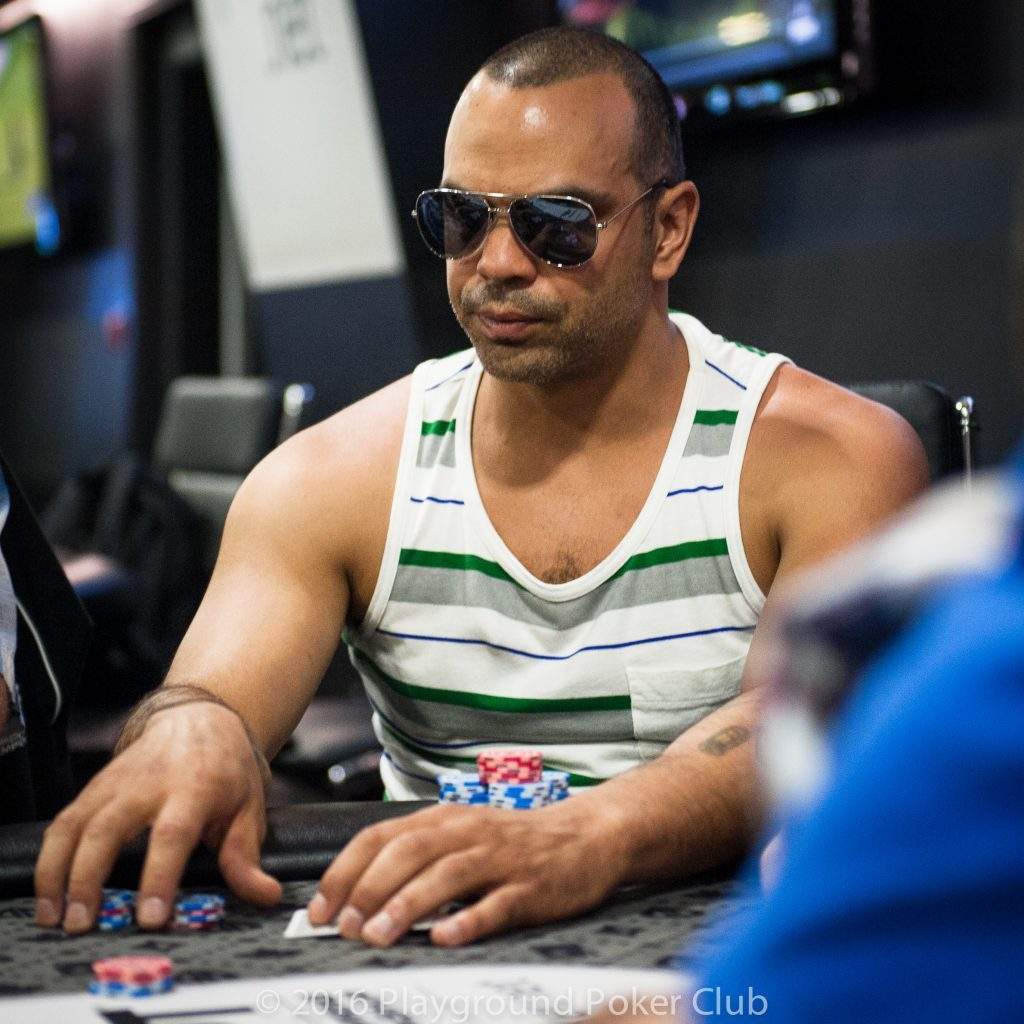 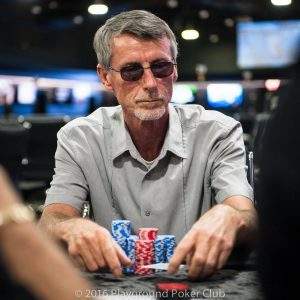 After 3betting preflop, Daniel Leddy open-shoved a pot sized-bet with an underpair of

on a flop of

, and found a quick call from Prosper, who held

for a flush draw.

Although the snap-call worried Daniel at first, he was relieved to see that he was not crushed when the chips went in – in fact they were virtually flipping. He had quite a few cards to fade if he wanted to remain in the game, and the

turn was safe, however the

river awarded the win to Prosper, who extended his lead on this final table. 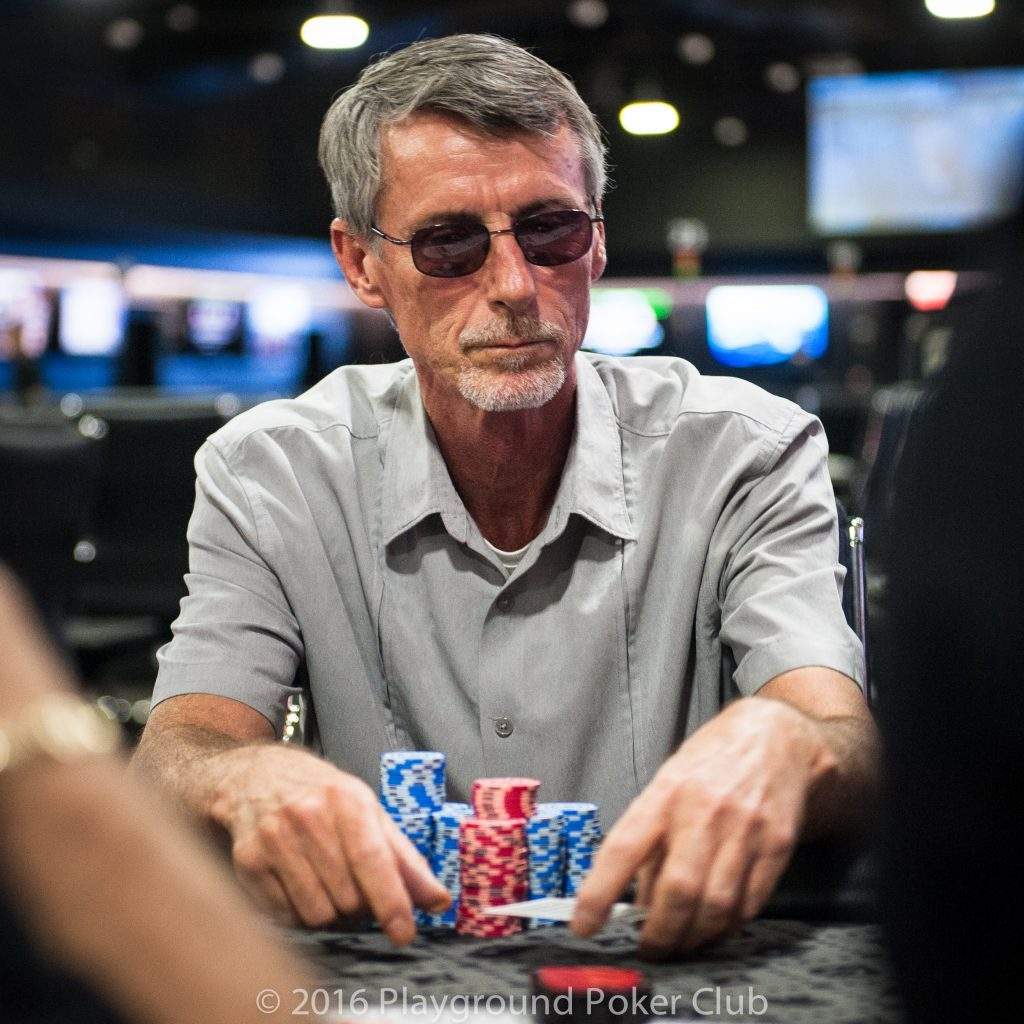 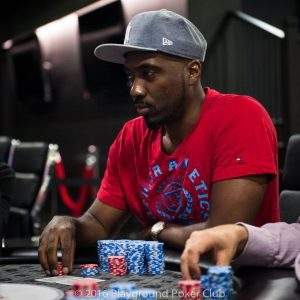 Marckenly Bastien came into Day 3 looking to play, and he did just that as he was by far the most active player in the first level of play of this final table. He took a few pots from his opponents with uncontested opens, and even some 3bet shoves, and given his aggressive style to start the night it is no surprise players started looking to play back at him.

In his final hand of play, he opened to 155K from middle position, and was faced with a huge 3bet all-in from Mathieu Leclerc in the small blind. He couldn’t anounce “call” quickly enough while tabling his monster pair of

, and was a massive favourite versus the

of his opponent. The flop was clean, bringing

, however Mathieu made a runner-runner straight as the dealer rung out the

Marckenly looked devastated, as any player would losing like this so far in a multi-day event, however he congratulated his opponents and took a walk over to collect his 9th place prize. Mathieu added over a million chips to his stack, putting him amongst the chip leaders. 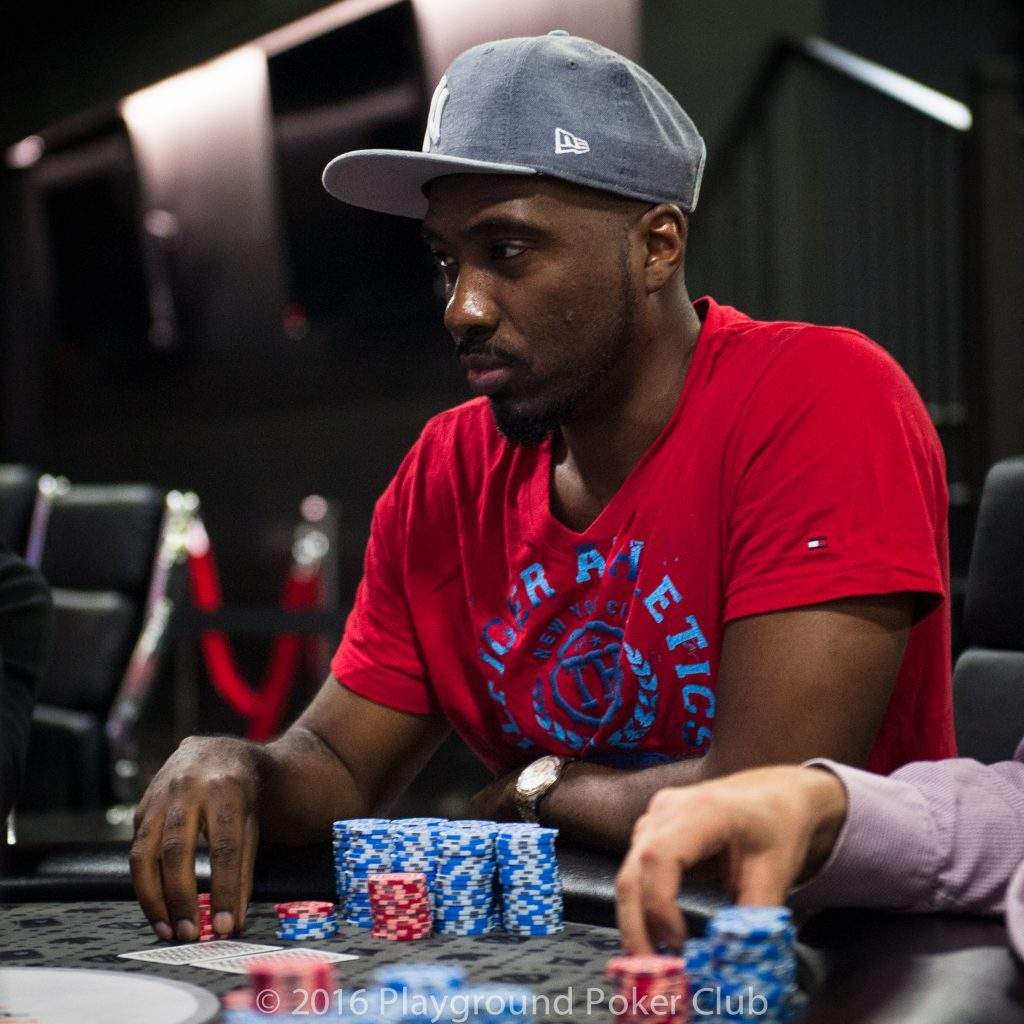