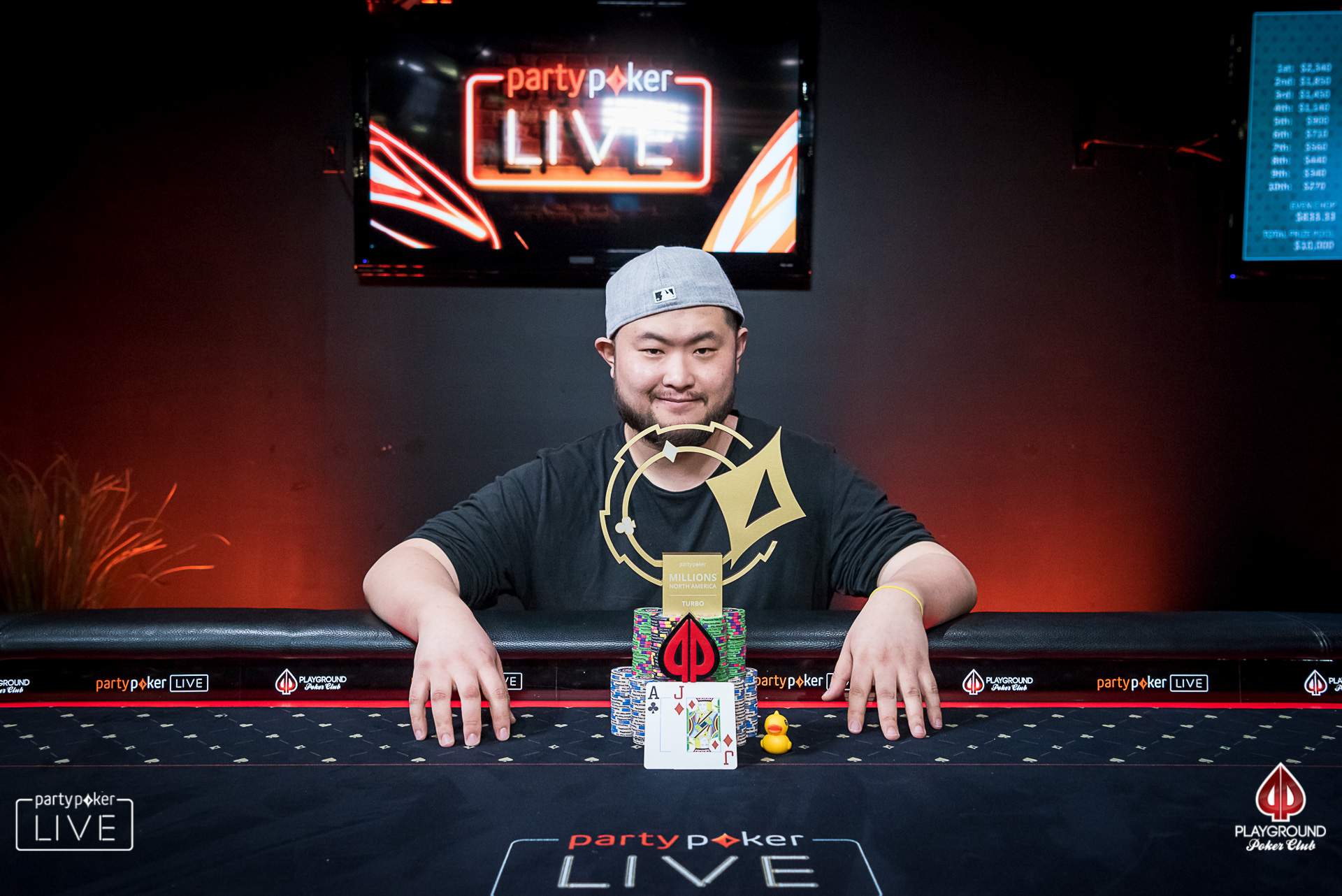 Griffin Benger and David Shao have been playing heads up for a little more than 30 minutes now. They started with pretty much the same stack but now Shao has a little lead. No big hands have been played, the lead comes from small pots he’s been collecting here and there.

David Shao eliminates 2 players back to back. First it was Ruben Perceval and now Dylan Maille-Thibault. The hand played itself – Maille-Thibault went all-in with

and Shao had no other choice but to call with his

Ruben Perceval has lost a big hand against David Shao. Perceval opened at 14M and Shao pushed his entire stack in. Perceval made the call and showed

The board went in Shao’s favour:

flopped a boat and the turn and river only helped confirming his win.

Perceval was then left with only 12.5M behind, so he had to make a move very soon. He decided to do it with

, and got called by Shao again.

This time Shao got it all.

We are down to 4 players left in the Turbo and Griffin Benger leads the table with an impressive 455M stack.

Here are the current chip counts: