Event 6 was the closing event of the MILLIONS North America 2018, the MILLIONS Finale. The event was designed for high rollers who wanted to redeem themselves from the Main Event, or anyone looking for big-money action. The 126 entries that were accounted for easily surpassed the $1,000,000 guarantee that was attached to the tournament, and made up some very interesting prizes.

The Finale brought together the who’s who of the MILLIONS participants. Notables were on every table, and it is no surprise that after 3 days of high-level poker, the final table grouped some of the best tournament players on the poker scene.

Philippe D’Auteuil and Josue Sauvageau, two of Québec’s most experienced poker pros, Chance Kornuth, a player with countless wins in his resume, and Manig Loeser, Germany’s finest, to name just a few, faced each other in what can only be described as a grueling marathon. Day 3 started at 1:00pm and after the final table was formed around 7:00pm, nearly 10 more hours of poker was played, despite the players’ decision to half the levels at about 1:30am, when the ICM chop was agreed by the final five after lengthy deliberation.

Sauvageau was the first to bust after the deal was struck, and was followed by his friend Philippe D’Auteuil. Loeser took 3rd, and the heads-up match was set. Timothy Reilly was soon a 2 to 1 favorite, but that changed quickly when Reilly, after check calling a few streets, fired 18M on the river. When Sklenicka shoved, the fold was instant.

The 2 to 1 lead had swapped hands, and after playing a few small pots, Reilly slipped again. He fired huge on the river with nothing but queen high, and was called correctly by a second pair. After that, Reilly only had a few chips left, and lost them in the pre-flop standard showdown pictured below.

After a poker excursion of nearly 16 hours, Michael emerged champion. Congratulations to both finalists! 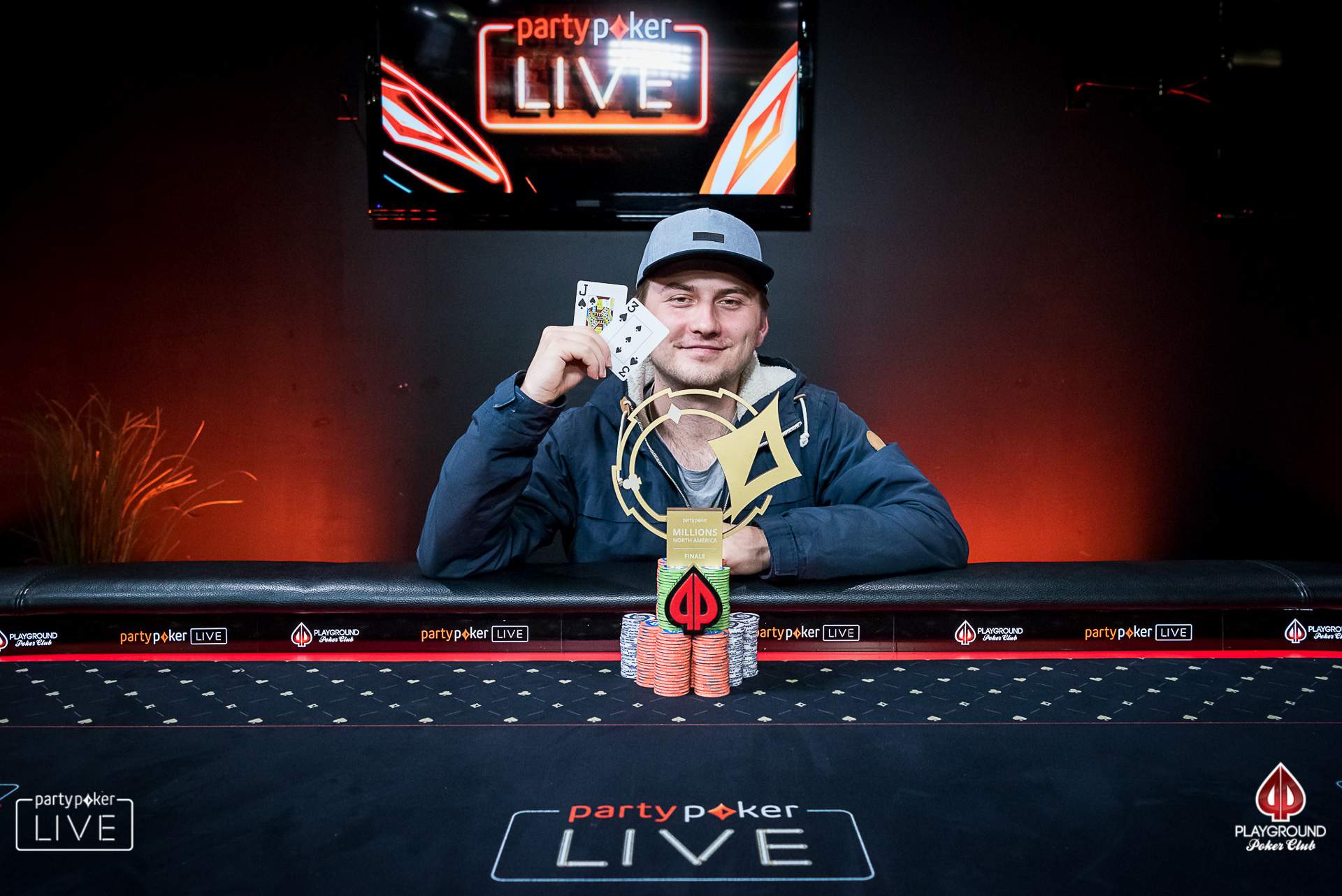 Loeser’s stack had shrunk again and was down to just over 10M chips. When Timothy Reilly was left with him, he attempted to steal his big blind by putting him all-in, but Loeser woke up with a premium.

Although the queen came in the window, the rest of the flop put Reilly in a rough spot. Loeser doubled to 22M. Shortly after, he shoved on Michael Sklinicka from the small blind, and got a snap call:

Loeser played a great game. He did an awesome job at hanging on and playing short stack strategy, but in the end, he had to bow to the outdraw. He takes home $162,825 for his performance.

After Josue Sauvageau’s elimination, Philippe D’Auteuil was the last local in the field. When the action was folded to Michael Sklenicka in the small blind, he opted to put maximum pressure on the big blind.

D’auteuil did not feel that pressure as he slammed a chip down for the instant call.

D’Auteuil and his group of friends walked away, happy to have made an ICM chop earlier. He cashes $133,300 for his great marathon performance. Good work!

Josue Sauvageau, after getting seriously dented by Philippe D’Auteuil in a bluff-gone-wrong hand, went all-in with his remaining 10 big blinds or so. Timothy Reilly found a hand worthy of isolating the short stack, and they went to the board:

The players agreed on the numbers brought by the Tournament Director, so they decided upon an ICM chop. There are $50,000 remaining it has been left up top for the eventual winner. This is now a winner-take-all event, and the blind levels have been halved to 30 minutes each.

Here are the prizes:

On the last hand before the break, Manig Loeser and Philippe D’Auteuil went to was on an 8 high flop. Philippe had placed a raise, and when Manig went all-in, pot odds dictated a call.

Players are now on break, and counts have been taken to allow the ICM calculator to come up with some chop numbers. Here are the counts: