After two days of high-level poker and from a field of 80 entries, David Eldridge emerged champion of Event #2, the MILLIONS High Roller. He defeated Victor Ramdin heads-up, after a long day of successful grinding.

Day 1 started with just a handful of tables, and as the day progressed, players joined in steadily; some attracted by the overlay flavor, and some simply being faithful to their late registration habits. A constant flow of poker notables were coming in, including Samuel Chartier, partypoker pro Kristen Bicknell, Michael Watson, Martin Jacobson, and just before the counter was about to close, Viktor ”Isildur” Blom.

On Day 2, many stars were still in contention. Darren Elias, who was chip leader for a long time, did not make the final table, shocked by a painful outdraw. Christopher Moorman, an online tournament destroyer, did, but he fell in 8th.

Victor Ramdin took a pretty good chip lead on that final, but slipped and left the driver’s seat to David Eldridge, the ”Steady Eddy” of the event. While other players were enduring ups and downs, his business was all about slowly moving up, unhurt by his table mates’ attacks. Stick and move, stick and move.

Ami Alibay, a local that moved from one big blind in Day 1 to 10M in Day 2, was representing the local community on the final table. He impressed many with an amazing fold against Isildur1 himself, but fell in 7th.

Isildur1 was taken out in 5th place by the champion to be. With that pot, Eldridge had a stranglehold on the tournament. However, Jonathan Vanfleet and Kevin Hobbs were both eliminated by Victor Ramdin, and that got him to the heads-up match on an equal footing. But David Eldridge went to work right away.

Eldridge was on the grind. He dodged a few of Ramdin’s all-in bets, kept coming back with incessant attacks, and soon enough he enjoyed a 2 to 1 lead. In the end, Ramdin went all-in one time too many.

David Eldridge opened to 1.9M, probably hoping for Ramdin to do the all-in thing again. If so, he got his wish. Ramdin quickly moved in with 25M, and was called. 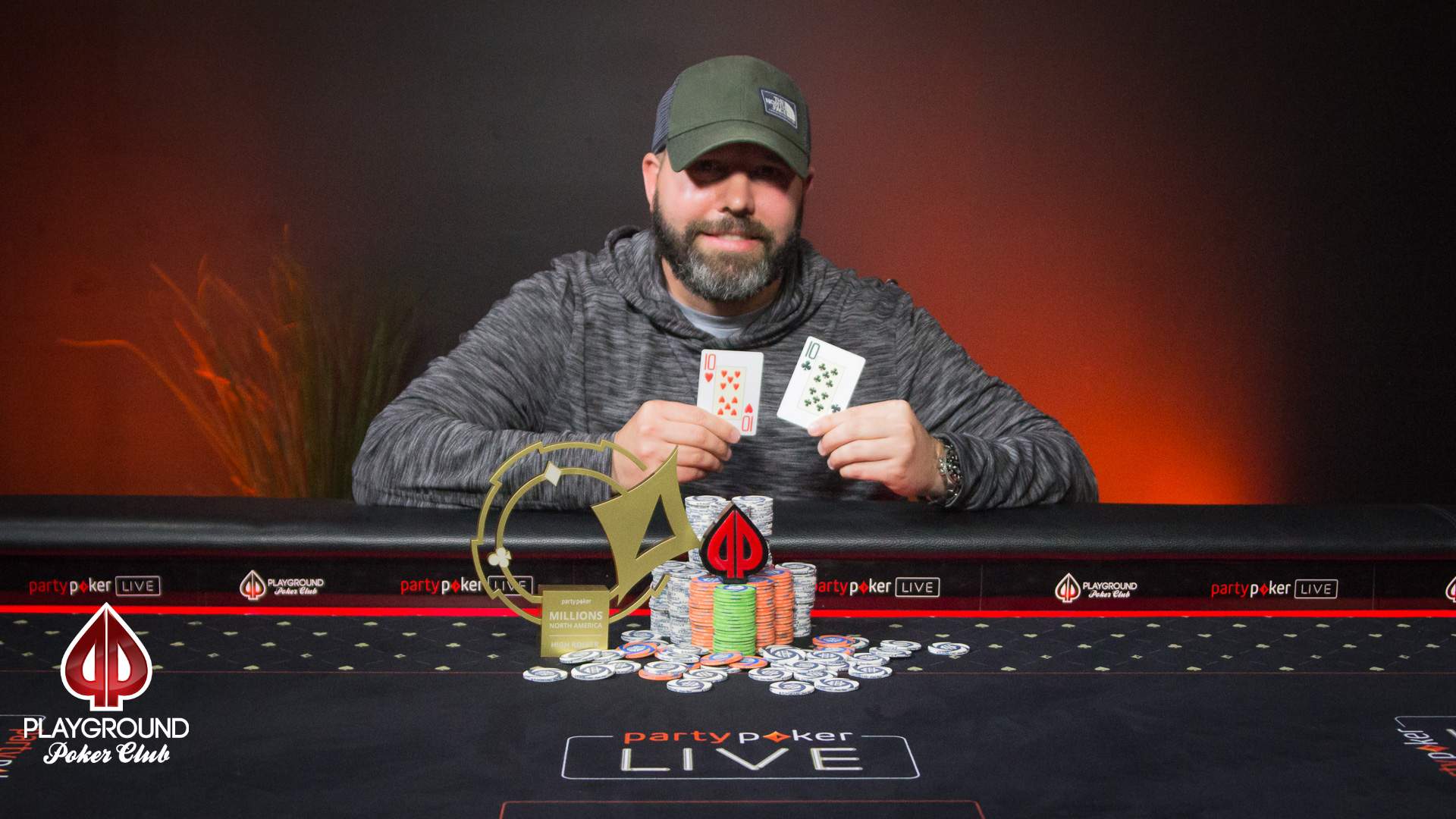 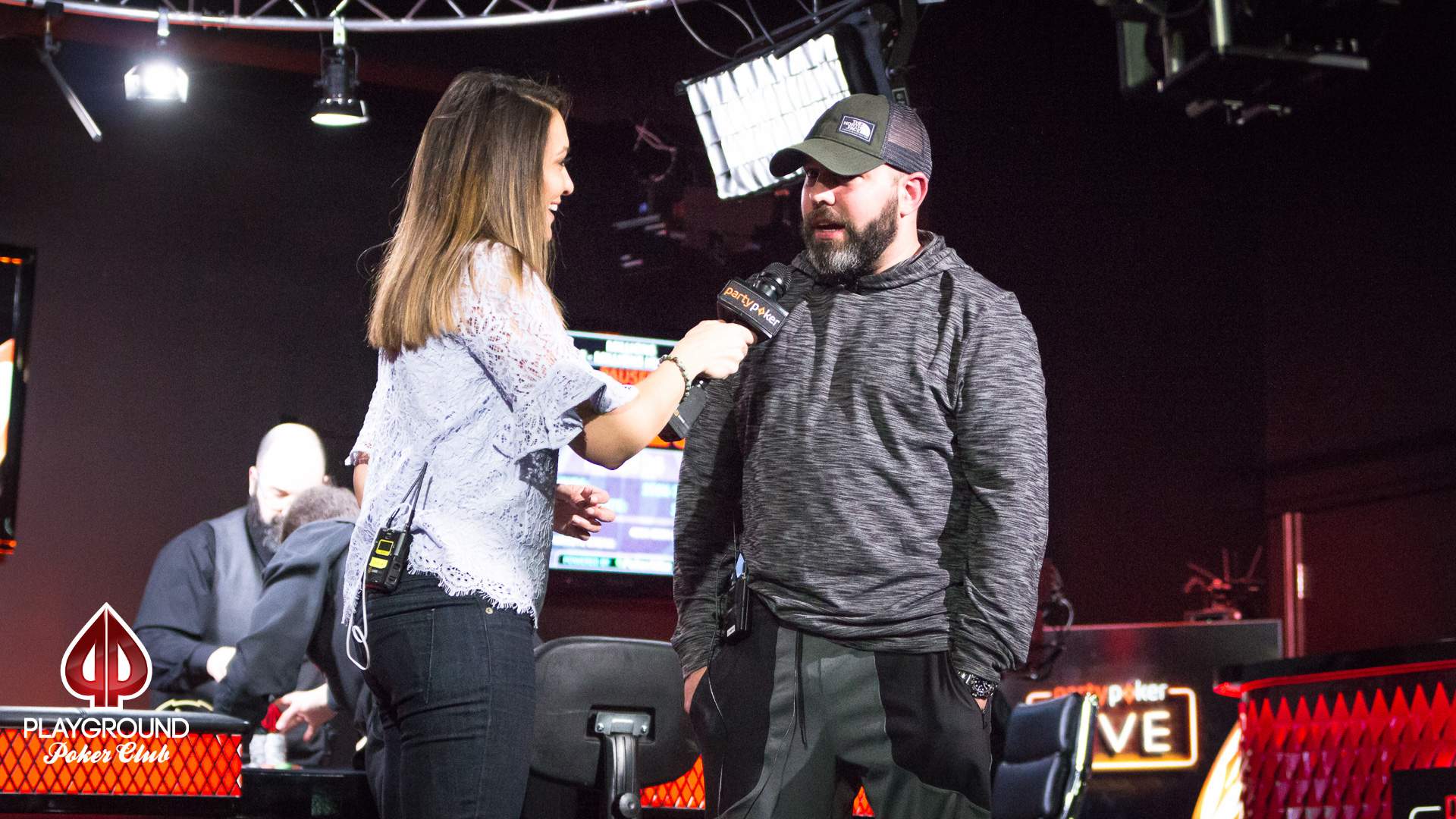 A few hands before the elimination, Victor Ramdin had taken a good chunk off Kevin Hobbs’ stack in a blind battle. Ramdin raised from the small blind with

, and Hobbs called with

. Hobbs check-raised with a bottom pair, and Ramdin snap-called with an open-ended. He hit it on the turn, and as soon as Hobbs bet, he raised him all-in. Hobbs folded and was left with a little over 7M.

Shortly after, Ramdin raised to 1.3M, and Hobbs pushed his stack forward. He was called, and did not survive.

Hobbs walked away, but not before cashing $120,000. Victor Hobbs and David Eldridge are starting a even heads-up match with about 60 big blinds each.

The High Roller final table had been playing 4-way for quite some time, and saw Victor Ramdin move up in chips, while Kevin Hobbs and Jonathan Vanfleet lost a few. David Eldridge still held about half the chips in play.

Victor Ramdin, who had been rather quiet lately, apart from his incessant even-chop request, got involved from the under-the-gun position. He was heads-up with Jonathan Vanfleet, the shortest stack. Vanfleet caught a piece of the flop, and elected to go for the check-raise all-in. Ramdin’s over pair was not going away.

Isildur1 only had 4.3M chips left on the river, and when David checked, he went all-in with them. His all-in represented a very small percentage of the pot, but he decided that there was a good enough chance that his opponent was on a missed draw, picked up on the turn. David asked for a count, and called, taking out the legend himself.

Viktor Blom cashed $72,500 for his 5th place finish. He will most likely put that money to work in tomorrow’s Super High Roller Event. Great show!

Parker had quite a rough final table. He did not see many good hands, and after being involved in a few all-ins and surviving them, he fell to Kevin Hobbs. Kevin had raised to 875K, and Parker shoved a 4.2M stack. When Kevin called, they went to showdown:

Ami Alibay, the last local in the field, was taken out in 7th place. As we remember, he came back from a 35K stack when the big blind was exactly that during Day 1, and ran it up to 10M in Day 2.

In the end, he raised all-in with just over a million chips with

and was called by David Eldridge holding

. David flopped a pair, which stayed on top till the end, and busted Alibay.