Photographs taken during levels 10 through 13:

The Main Event continued to gain momentum on Day 1D with a huge field that drew 620 entries. This flight brought out lots of players for their first attempt, but many players took the opportunity to fire another bullet, even if they had already bagged chips in a previous flight, in the hope of providing an extra stack for backup on Day 2. With 620,000,000 in chips in play, there was more than enough to go around.

The action was aggressive from the first level, as most players were clearly prepared to re-enter if necessary. Three-bets were the norm and four-bets became surprisingly common by the end of the day. As the 92 re-entries showed, the players came out firing and ready to reload.

When the dust settled after eight levels, Michael Sklenicka emerged as the chip leader with 10,195,000 in chips for Day 2. Thanks to the huge field, there were enough chips in play to provide big stacks for many players; 15 players bagged more than 5,000,000 in chips.

Day 2A starts tomorrow at noon, picking up at level 9 and allows players to enter and re-enter until the end of level 12. It will pick up where today left off, with a huge field, lots of action and millionaires in the making!

Although we are approaching the end of Day 1D, the players show no signs of slowing down. The three-betting range is as wide as ever for many players, like Sylvain Siebert and David Quang to name just two.

With the blinds at 15K/30K, David Quang three-bet Karim Chatur after Chatur’s under-the-gun open to 65K. The raise scared everyone else out of the pot and they went heads-up to the flop of

. Both players quickly checked, and Chatur led for 300K when the

appeared on the turn. Quang made the call, and the

followed on the river. Chatur bet at the pot again, this time for 600K. Quang quickly made the call. Chatur sheepishly opened

before Quang tabled his

Elsewhere, Sylvain Siebert has been seen leading flops for half-pot sized bets into multiple players on more than one occasion. Despite being on his second bullet today, he shows no signs of slowing down. He will be a force to reckon with on Day 2.

Jaime Staples, one of the biggest poker stars on twitch.tv with over 100,000 followers, entered Day 1D of the MILLIONS Main Event about 2 hours ago. It is a pleasure to welcome him within our walls, and hope that he will have a great time. He surely is on the right track, having doubled his belongings already! 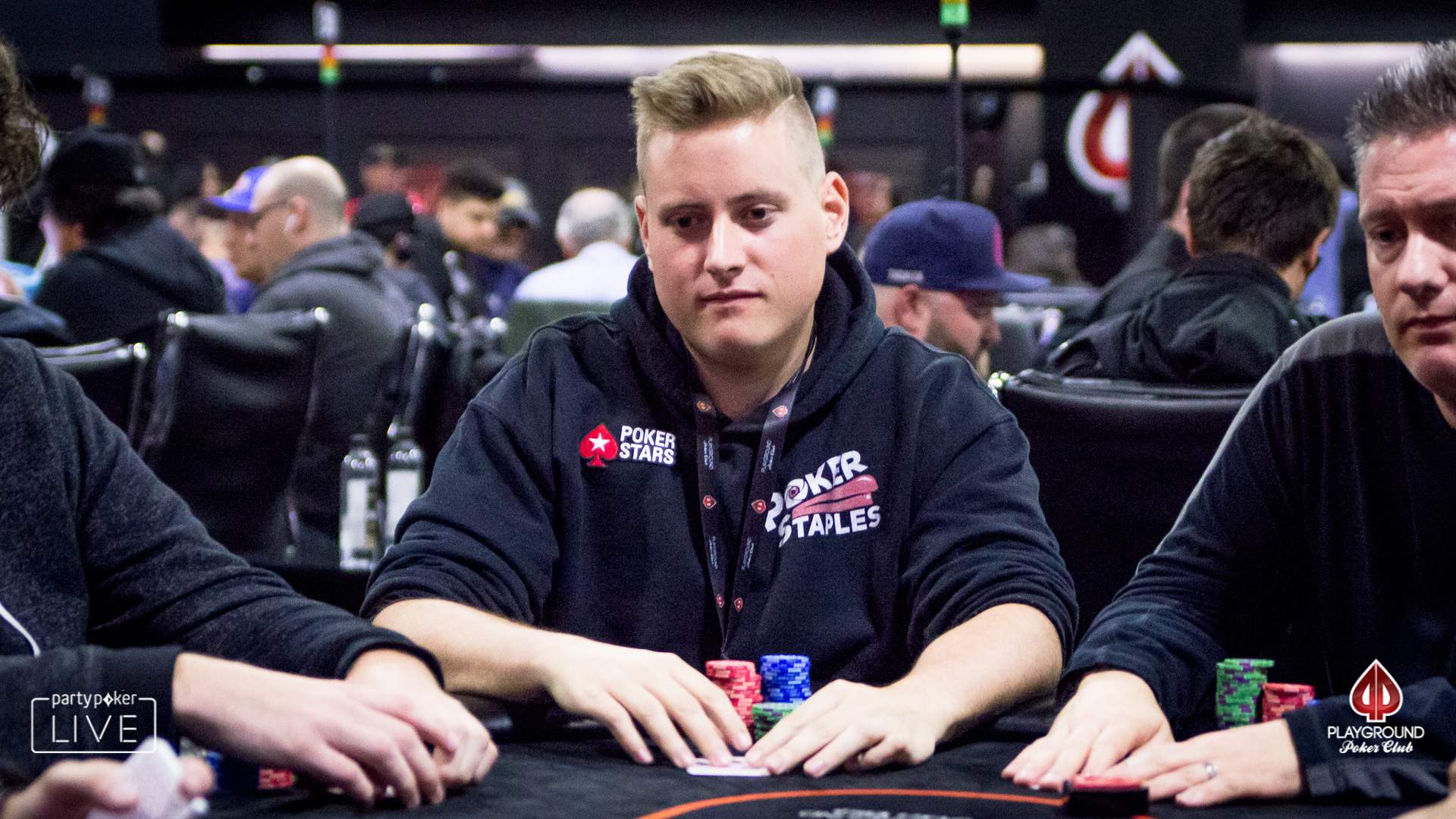 The players have returned to their seats following the final break of Day 1D. The entries and re-entries continue to roll in at a slow pace, bringing the total number of entries to 613 for today. There are now 358 players left in contention, and many have been able to build up impressive stacks thanks to all the eliminations up to this point. Nearly two hours of play remains so we are likely to see the tournament chip leader emerge from this flight.

Day 1D is on it’s final break of the night, and surviving players will have 2 more levels to complete before bagging their chips onto Day 2.