Event 5 of the WSOP-C Playground, The Closer, just wrapped up in a jiffy. The Event, fueled by 4 starting days, roared into its final day at noon with 211 players at the tables. After 12 hours of poker, it was down to just Robert Cheung, François Tarrab and Allan Barnes.

Cheung gobbled Barnes’ chips, which allowed him to face Tarrab in a pretty even heads-up match. The match lasted 4 hands. In the third, Cheung completed the big blind from the button for 300K. Tarrab made it 900K to go, but when Cheung announced all-in, chose to fold with an ace face up.

On the following hand, Tarrab made it 725K to go, and when Cheung went all-in again, he called right away. Unfortunately for Tarrab, he was drawing to one of 3 aces, and did not hit. He will have to console himself with $37,000, the amount that was secured by a 2-way chop. The chop was dictated by pretty even counts, and left $8K up top for the winner.

Cheung, our Closer champion and winner of WSOP-C Playground Ring #5, also took home a very cool $45,500. Excellent show by Cheung, and all finalists! 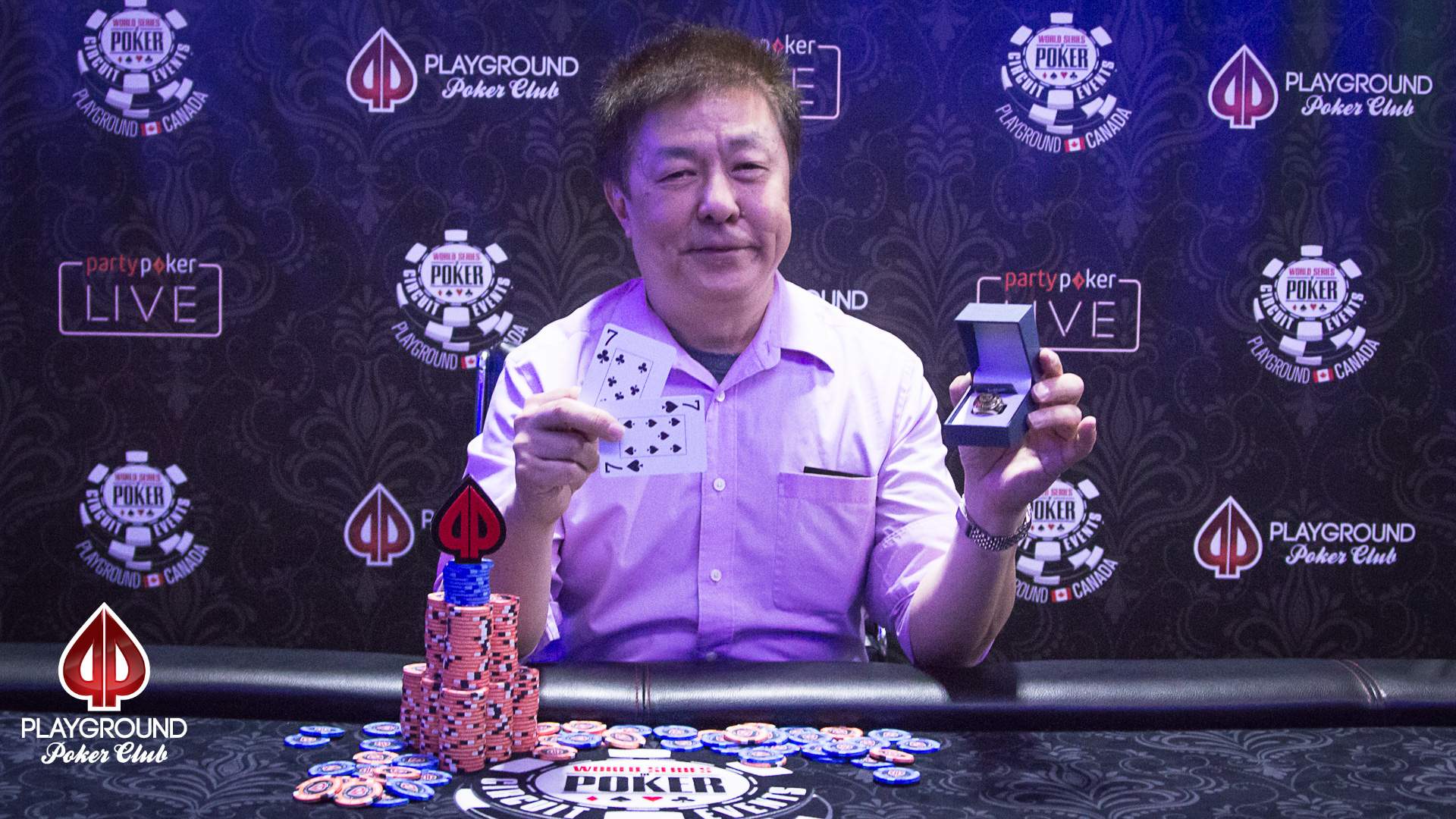 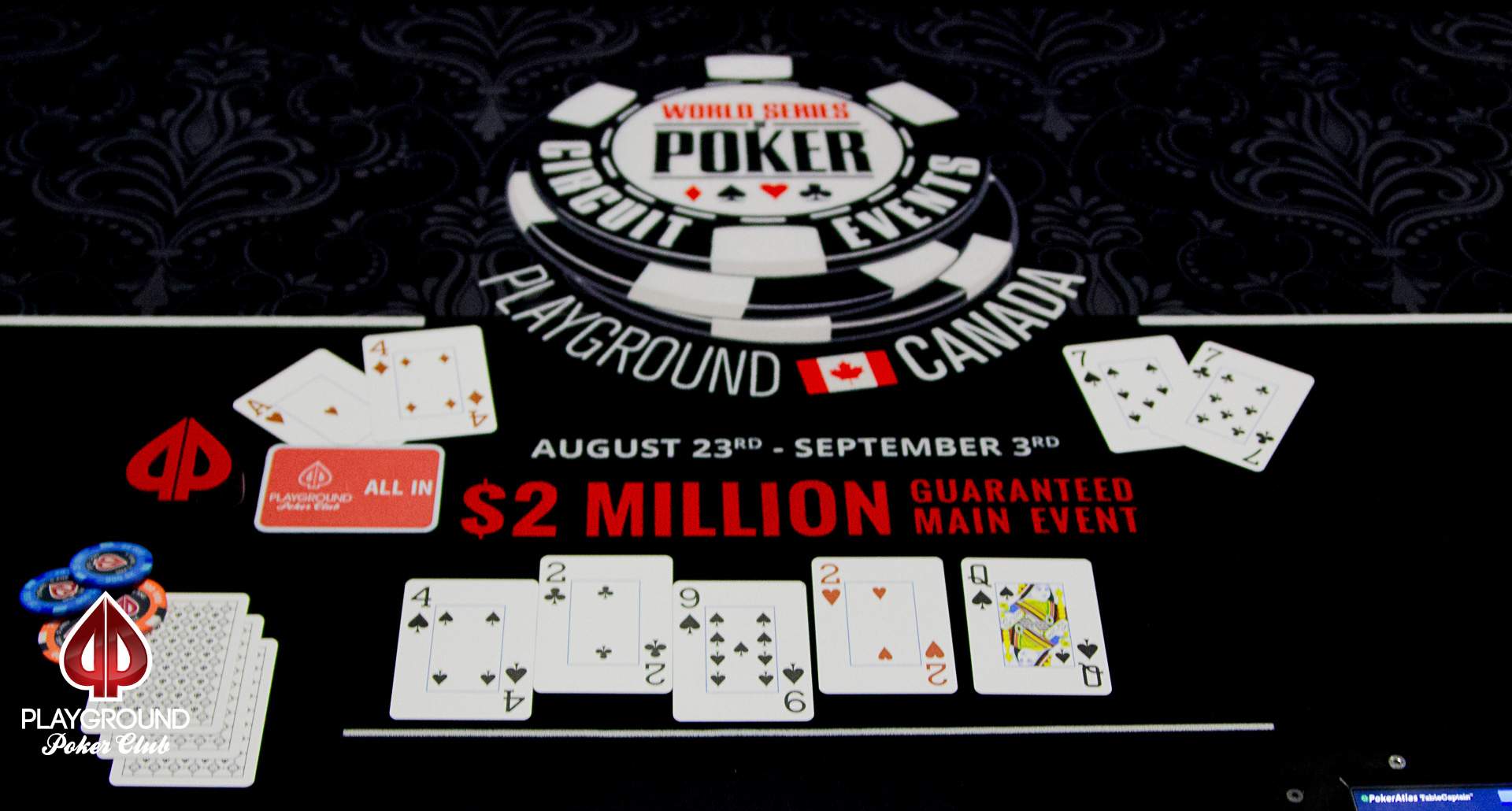 As soon as the break ended, so did Réjean Bourgogne’s evening. We unfortunately missed the hand, but know that his chips went to François Tarrab. Two hands later, Tarrab also took out Jamie Baker when his

hit a 7 on the flop, passing Baker’s king-queen.

Congratulations on a nice payday!

Our 5 finalists took a break, allowing the T5K to be raced off the tables. Here are the counts:

Matthew Wilkins’ stack had dwindled down, and when Robert Cheung opened his button, Wilkins went all-in for slightly more. The call was made.

When Jean-François M picked up a suited King on the button in an unopened pot, he shoved his million chips in the middle. François Tarrab had about 800K to call on his 200K big blind, and completed the bet.

Play on the final table has been about big bet poker, as most pots are opened with an all-in. Moments after the final table was formed, Vsevolod Malamud was taken out when his ace met a stronger ace. Jay Srinivasan followed.

Later, Robert Cheung, in a hand of exception, raised moderately and was called by Allan Barnes. His 525K c-bet was also called, and his 1.4M on the turn was met with an all-in bet. Cheung reluctantly called, but was very happy about the showdown:

This hand propelled Robert Cheung in the lead, with Robert Gariépy not too far behind. Barnes was left with a little less than a million chips, which were doubled on the next hand against Gariépy.