The Head’s up action between Gino Roland Frenette and Tomas Larivee Magni was not very long. As per standard protocol the length of the levels was reduced to 15 minutes, and the battle began.

Although they were almost evenly stacked, they played safely and they played to win. Gino gradually grinded out Tomas’s chips until the last hand.

On the last hand both men chuckled because they almost had the exact same hand:

Upon seeing the hand Tomas said: “we almost have the same hand, chop-chop probably”, and Gino nodded his approval. But, as fate would have it, the single card that was not identical was key: the 3.

The dealer laid out the flop:

and Tomas said: “No! Not the three”, with a smile.

changed nothing and Gino, in line with his entire day, won the last hand and took 1st place with the help of the 3 of hearts. Both men shook hands and anyone could see that they were starting to show signs of fatigue after 16 hours of play.

Congratulation to all the players! 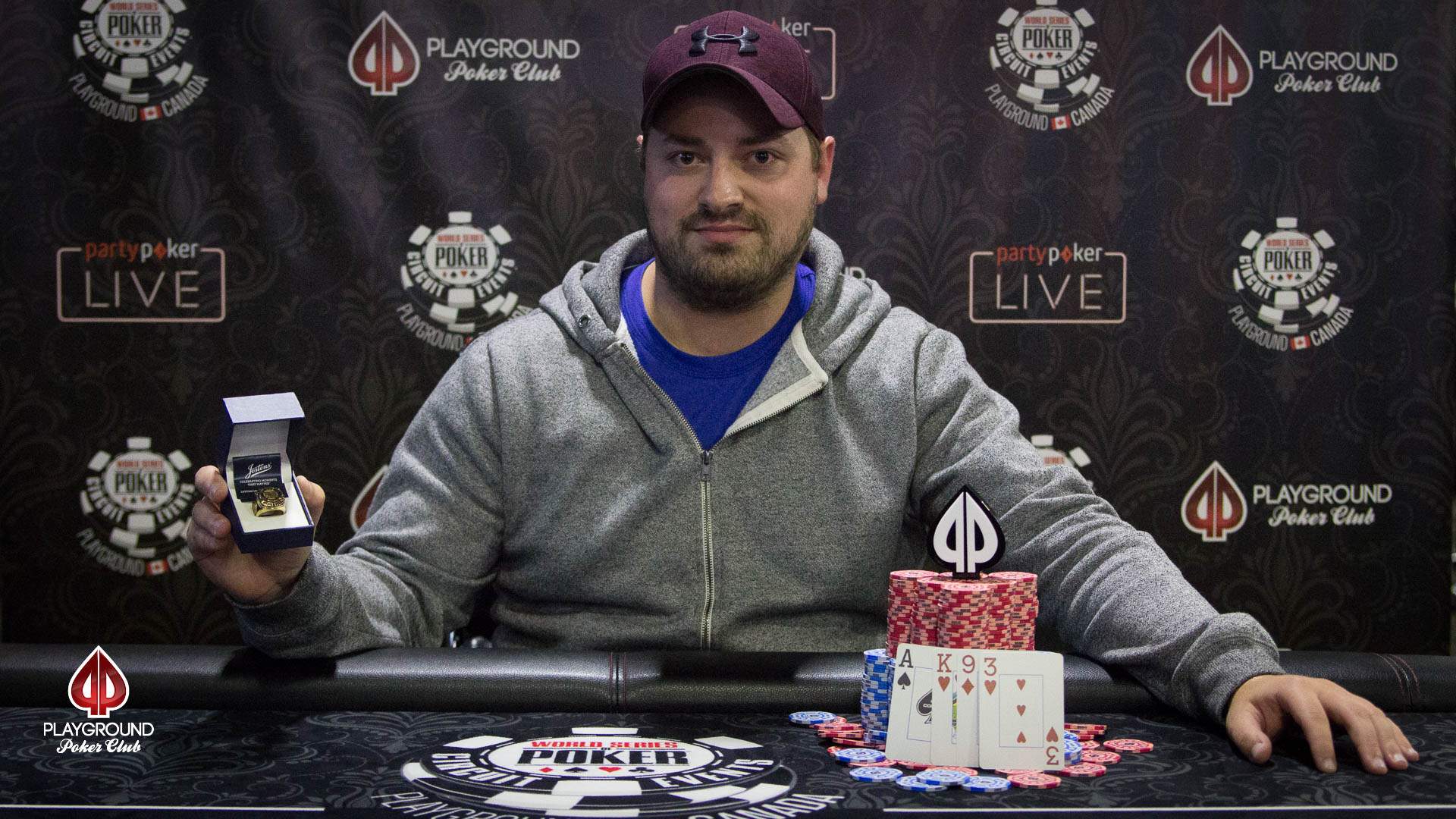 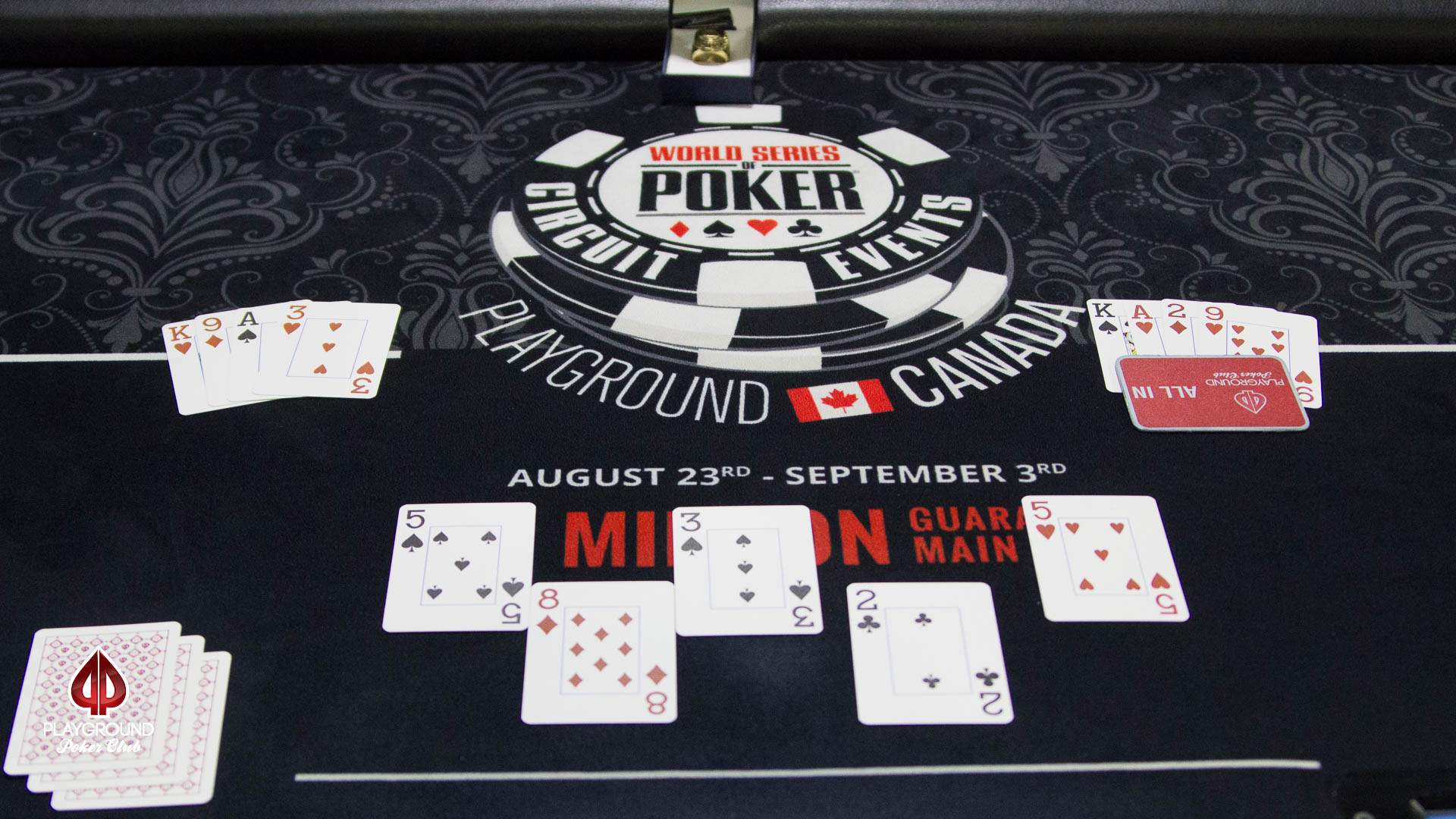 Here we go! Heads up action is getting under way between Gino Roland Frenette and Tomas Larivee Magni.

When Tomas eliminated Ben Menache in 3rd position, he ended-up with as many chips as Gino. The two players agreed to not make any deal and just play it through. The Ring is on the table and on the line.

Good luck to both players. 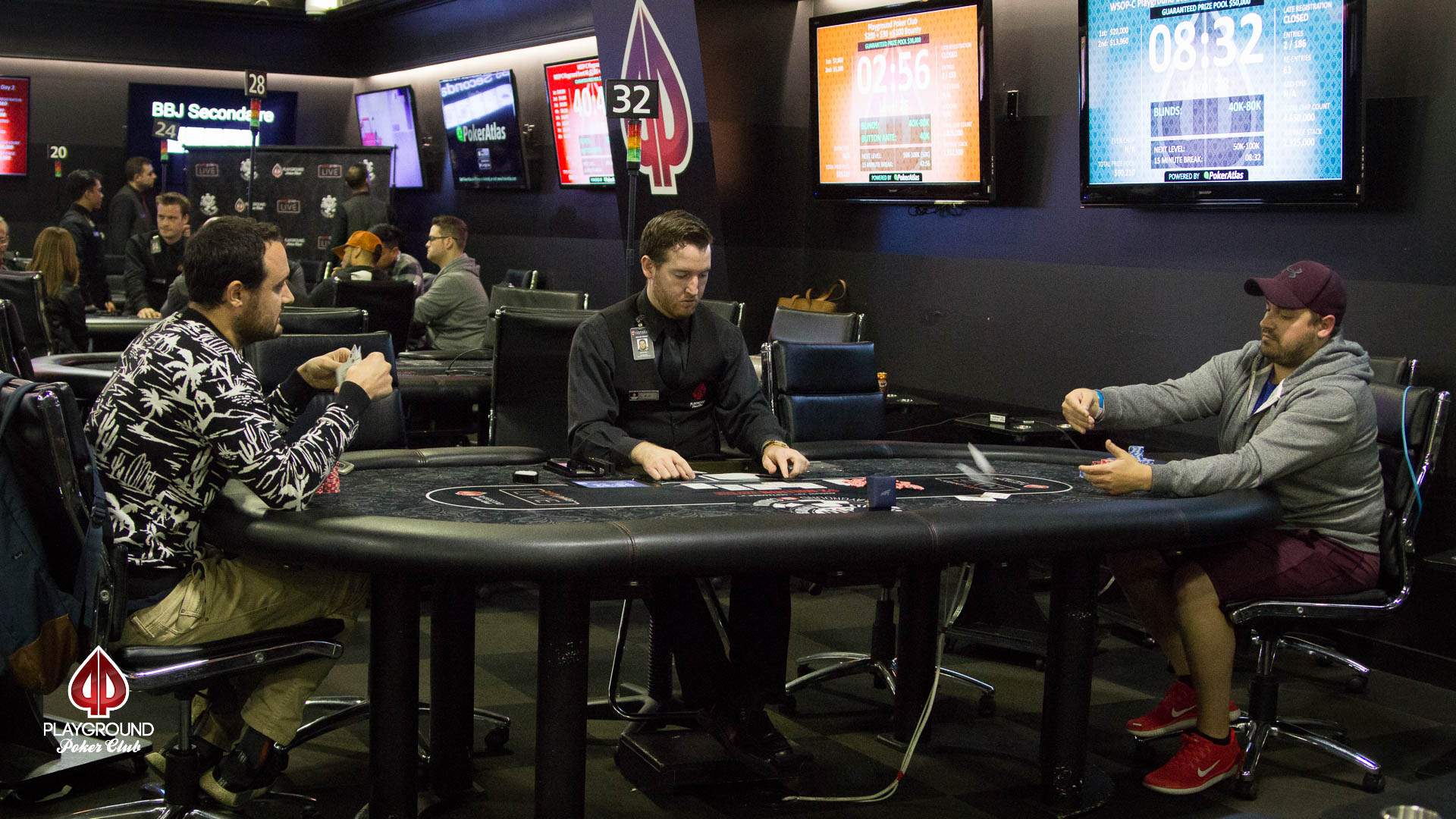 Ben Menache’s journey came to an end as he gout into a hand with Tomas Larivee Magni.

Ben ended up with a small pair of deuces but Tomas rivered a straight which ment the end for Ben Menache.

Gino Roland Frenette keeps up the wining streak and busts Mina Gerges out in 4th position.

The aces held up and sent Mina to the rail in a respectable 4th position.

Carter Swidler waited patiently for the right moment and found it with:

and went all-in.
But when Mina Gerges called him with:

he knew he was in trouble.

The king on the flop was good enough:

but the board ended up giving Mina a straight and Carter Swidler went out in 5th position.

Both Chen and Carter ended up with 2 pairs but with no surprise Gino Roland Frenette scooped the chips with a 9-high straight.