A few hands after having been reduced to around the 10bb mark, Guillaume Nolet chose to get it all in from the hijack with

on the button at the time and made the call.

The community cards came out

– and that was the end of the tournament for Nolet. Nolet’s play over the past few days has definitely added a few fans to his rail.

Tommy Nguyen opened the action – a common-enough occurence – and Darryll looked at his cards and quickly raised all in for his remaining 89M. Guillaume Nolet was next to act, and after getting the count of Darryll’s stack, he went all-in over the top. Tommy got out of the way and the cards were exposed.

The flop was dealt

and on the turn

and Fish had a full double-up while Guillaume was down to 10bb despite some fantastic play today and throughout the event. 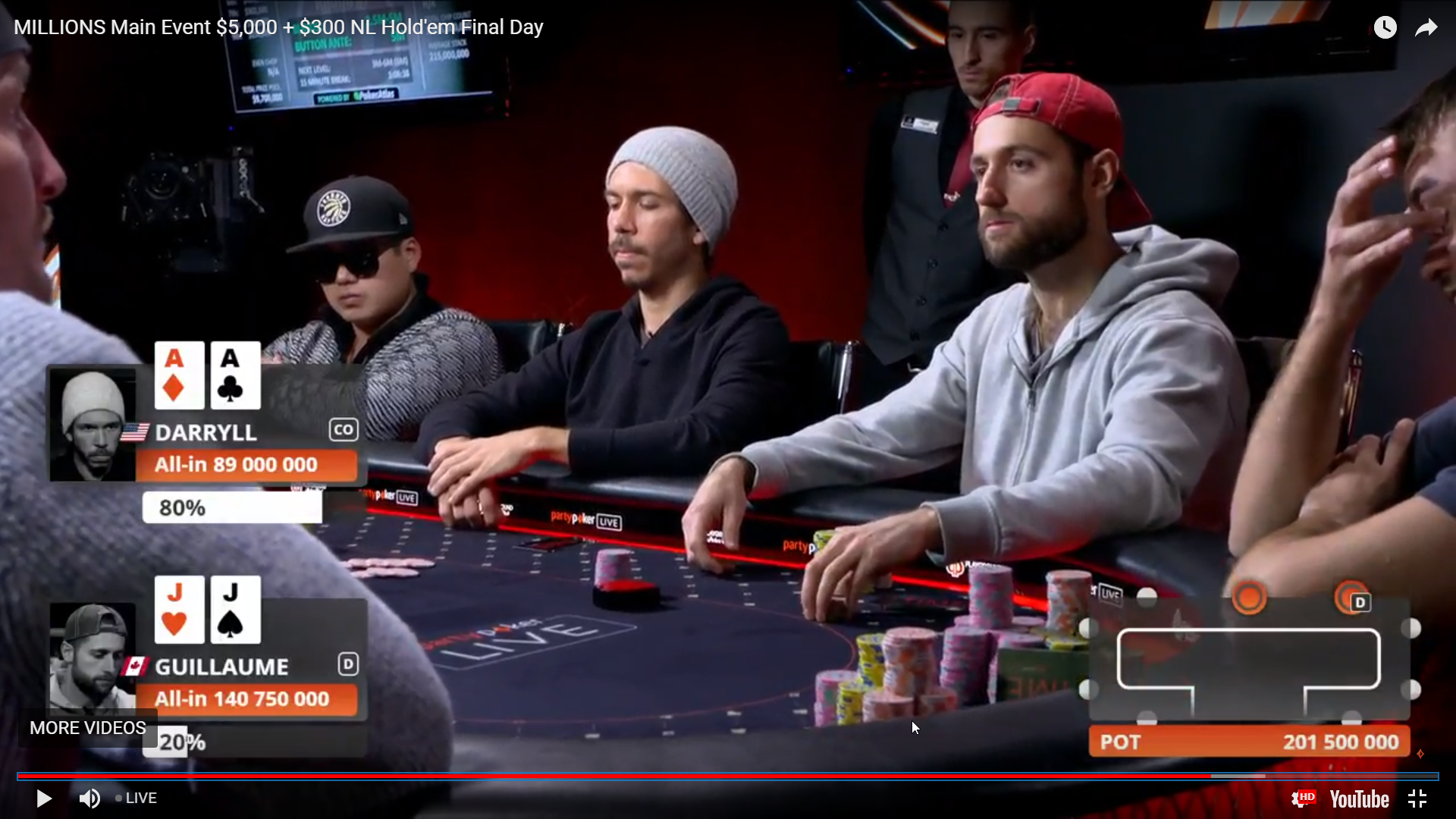 Taylor Black has taken a commanding lead following an astonishing hand with 9 players still remaining on the final table.

:QH. Guillaume Nolet called from the cutoff with

and Taylor stuck around as well holding

and George led out with a bet to 15M. Guillaume flat called, and so did Taylor. The turn came

Guillaume thought for a few seconds and then followed with a check of his own – so Taylor opened the action with a bet of 40M. George made the call, and with action back on Guillaume – who was playing 141M in chips – he made an astonishing fold of his pocket Kings!

, Taylor made a small (!) 70M bet and George made the call – Taylor had won a 300M chip pot and was now playing a dominating stack of greater than 640M chips!

Here’s a clip of the hand:

In an early blind-on-blind tie-up, Charles La Boissonniere has doubled through Markus Prinz. Markus started the day with a healthy stack over 200M, and when action folded to him in the sb he chose to just shove with only Charles’ modest 45M stack behind. Charles woke up with a hand in this bb and instantly called.

Charles was at risk as the flop was dealt:

. A gutshot for Charles, but a much more significant pair for Markus. The turn was a better story for Charles –

river was a blank. Charles is still short but now has almost 100M in play.

Play on the final table of the MILLIONS Main Event is now underway. There was a slight technical delay at 12:00pm, and of course there’s the normal security delay of 30 minutes whenever cards-up action is presented – so action has just now begun on the stream. Our reporting today will based on the stream, so we won’t spoil any of the action for you along the way today.

To view the stream you have several options, including the #1 choice of joining the stream chat on My partypoker Live (account required), or simply visiting the Live Stream page here on the MILLIONS Events Blog. 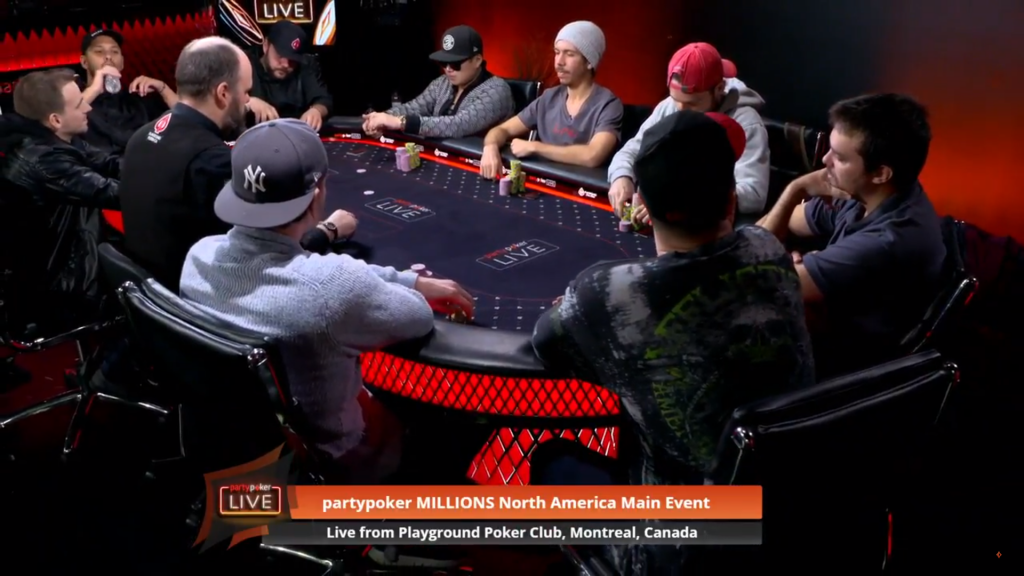 The Main Event of the MILLIONS North America is down to the final table of 9 players. Action is set to begin in just minutes and will play down through 8 eliminations which will leave just one person standing – the MILLIONS North America Main Event Champion! The top three prizes today will all be greater than $1M, and with prizes starting at an already-substantial $150,000, it’s certain to be an amazing day of poker here at Playground Poker Club,

Here is the Main Event seating chart, along with all players’ counts and their photos: