Event 4 in the May Power Weekend was a $50 + $10 NL Hold’em Rebuy tournament. Players could rebuy an unlimited amount of time during the first 4 levels, directly at the table, making for an interesting dynamic.

When the rebuy period was over, players started to be a little more cautious with their plays, until the final table was reached. A deal was struck 10-way that brought a lot of action. Every final tableist was secured a payment and the only extra money was at the very top – all were playing for a $509 extra.

Eight busts later, Cole Skye and Ranjeev M were heads-up and they gave quite a show. The first thing they did was to reduce the variance to the maximum. They added $192 to their secured amount and played for $125.

Even though the bounty was massively reduced, both players put on their best game, trying to control the pots, sizing each other up, tanking and making lay-downs. After a while, Ranjeev got the upper hand, seemingly having Cole figured out. He correctly called him off with weak pairs on a few occasions, and showed a few well-timed bluffs.

Cole was on the wrong side of the grind, and even though he managed to gain some life back, he was leaned on again and eventually shoved with an ace into Ranjeev’s kings. Snap call. Clean board. A champion was crowned! 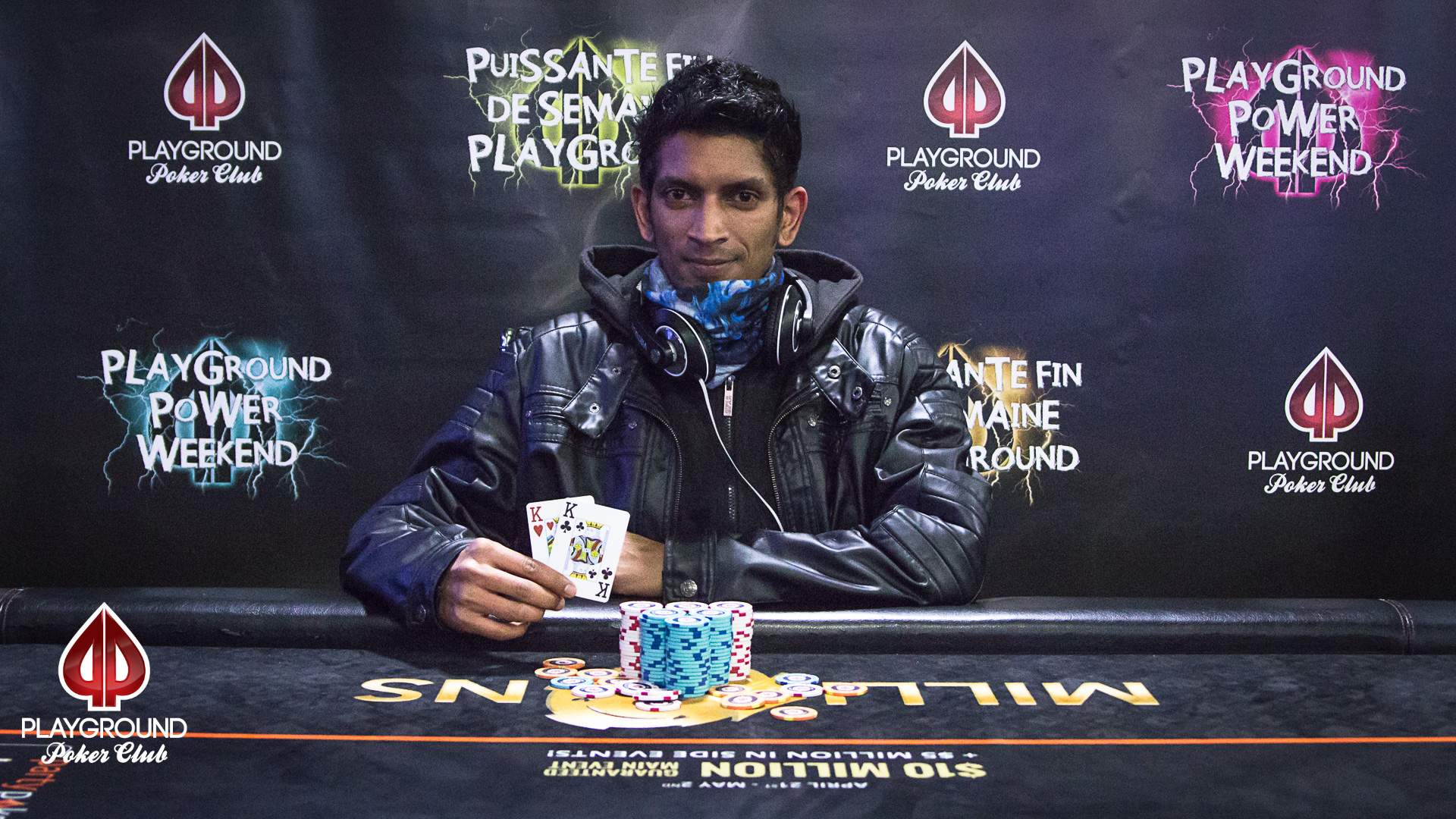 Ranjeev has been working very well, and Cole was struggling to stay afloat. He held on tight, and found a few moves to remain in the 500K vicinity, although he did go down below 400K.

Cole was on the button and made it 85K to go. Ranjeev went all-in, and Cole called the bet with a dominated hand.

And the river shall set you free! Our two finalists are now about even. They have earned each other’s respect, and it is anybody’s game at this point.

Cole Skye and Ranjeev M had been fencing for quite a while when they were finally dealt a couple of hands worthy of bringing out the big guns:

Cole had taken a bit of a lead, so he was left with about 250K. Soon enough, he found a way to double up and earn a fighting chance:

Ranjeev still enjoys a commanding lead, but Cole is a fierce competitor and works with about 25 big blinds.

Michel Abud and Cole Skye have been going at each other for the right to face Ranjeev M heads-up.

This was a pre-flop showdown. Anything but a king on the river would have sent Cole to the heads-up right away, but instead he was hurt and left with about 300K.

In this hand, the chips went in on the flop and Cole managed to hold. He went on to finish Michel:

Cole Skye and Ranjeev M are now heads-up, and very close to equal. They are taking a short break before the match.

Just like that, Michel Abud, who was not too long ago a massive chip leader, is left with an under-average stack. Ranjeev is now in the lead with almost a million, or half the chips in play.

Cole Sky and Christian Larocque went to war. Both players were in the blinds, so the flop was cheap.

Cole check called 35K on the flop, and both players checked the turn. You can guess the suit of the river card. Bet, raise, all-in call.

Larocque was crippled on that hand, and he lost his remaining change to kings on the next hand.

Ranjeev M, Cole Skye and Michel Abud are now relatively deep, and play is expected to go back to normal now that the one prize is close.