Event #6, the $70 + $10 NL Hold’em Freezeout, brought out a huge crowd of 202 entries, enough to nearly triple this afternoon’s $5,000 guarantee. The 20-table field dominated the tournament hall, making the remaining field in the Playground 200 look small by comparison.

The Freezeout lasted for 24 levels, as the players left the field at a slow and steady pace. Unlike many other events, without the potential or re-entries or the enticement of bounty chips, the Freezeout charted its own course, and most eliminations came as the result of a short stack moving all-in for a handful of blinds.

There were a few big stacks that led the way for significant portions of the afternoon; Alexandre Menard held the chip lead throughout the early stages. Menard gave way to Stephen Langlois as afternoon became evening, but by the time the sun had set Jonathan Tremblay had taken charge and held a huge chip lead during the final two tables.

Once the field was reduced to the final four, Jonathan Tremblay, Hicham Hammoud, Isaac Buswell and Steve Berube, an ICM chop was agreed to that left $400 remaining for the eventual champion.

Berube was the first of the final four to make his exit, Hammoud followed some time later after finding himself on the wrong end of a three-way all-in. It came down to Buswell and Tremblay. And with Buswell scooping the three-way all-in not long before, he held a huge chip lead at the start of heads-up play. After a few folds back and forth, Buswell and Tremblay, moved all-in before the flop. A pair on the flop was enough, and the second pair on the turn provided confirmation, Buswell collected the final pot of the day and also claimed victory in a Power Weekend event. Congratulations! 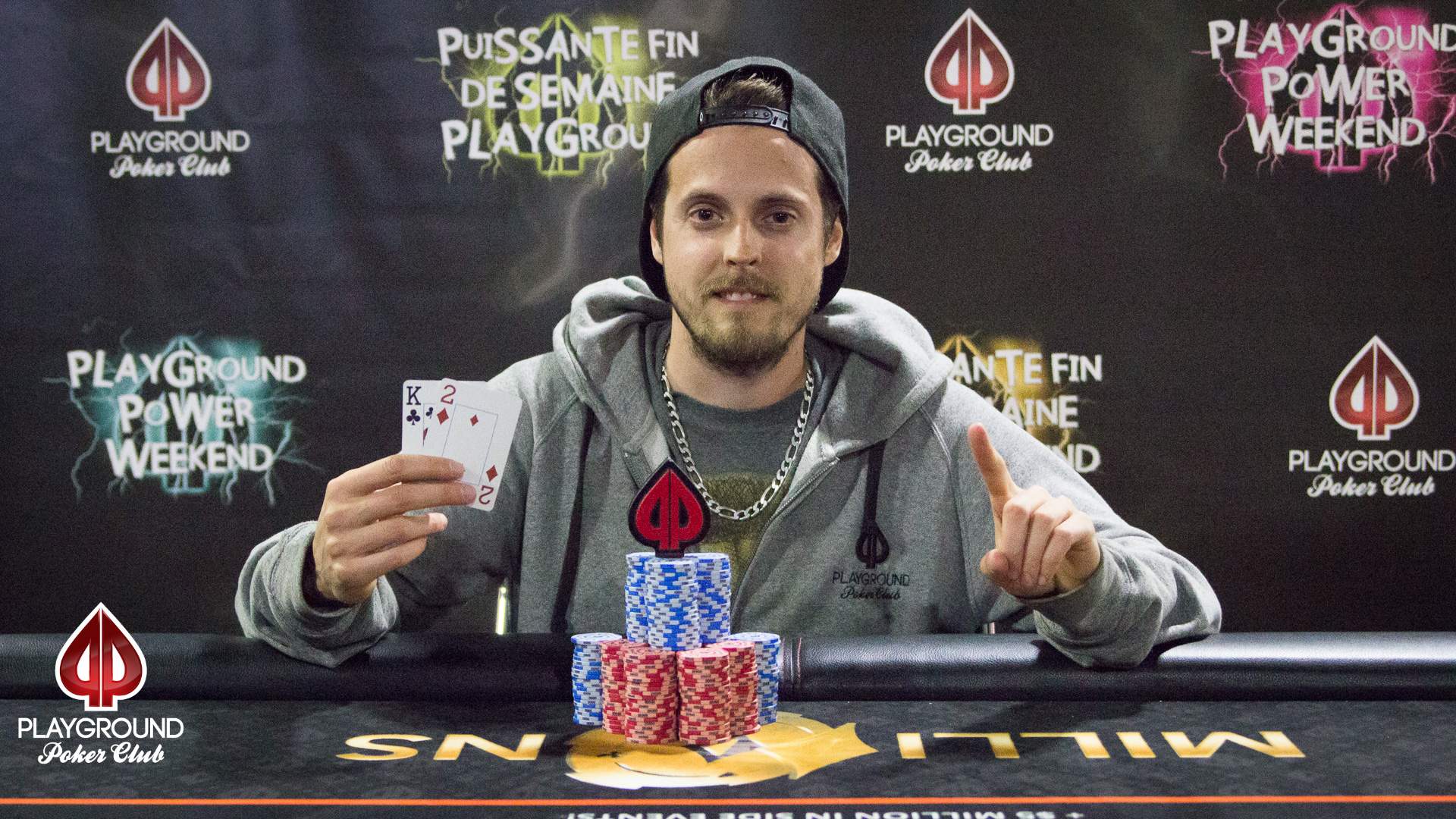 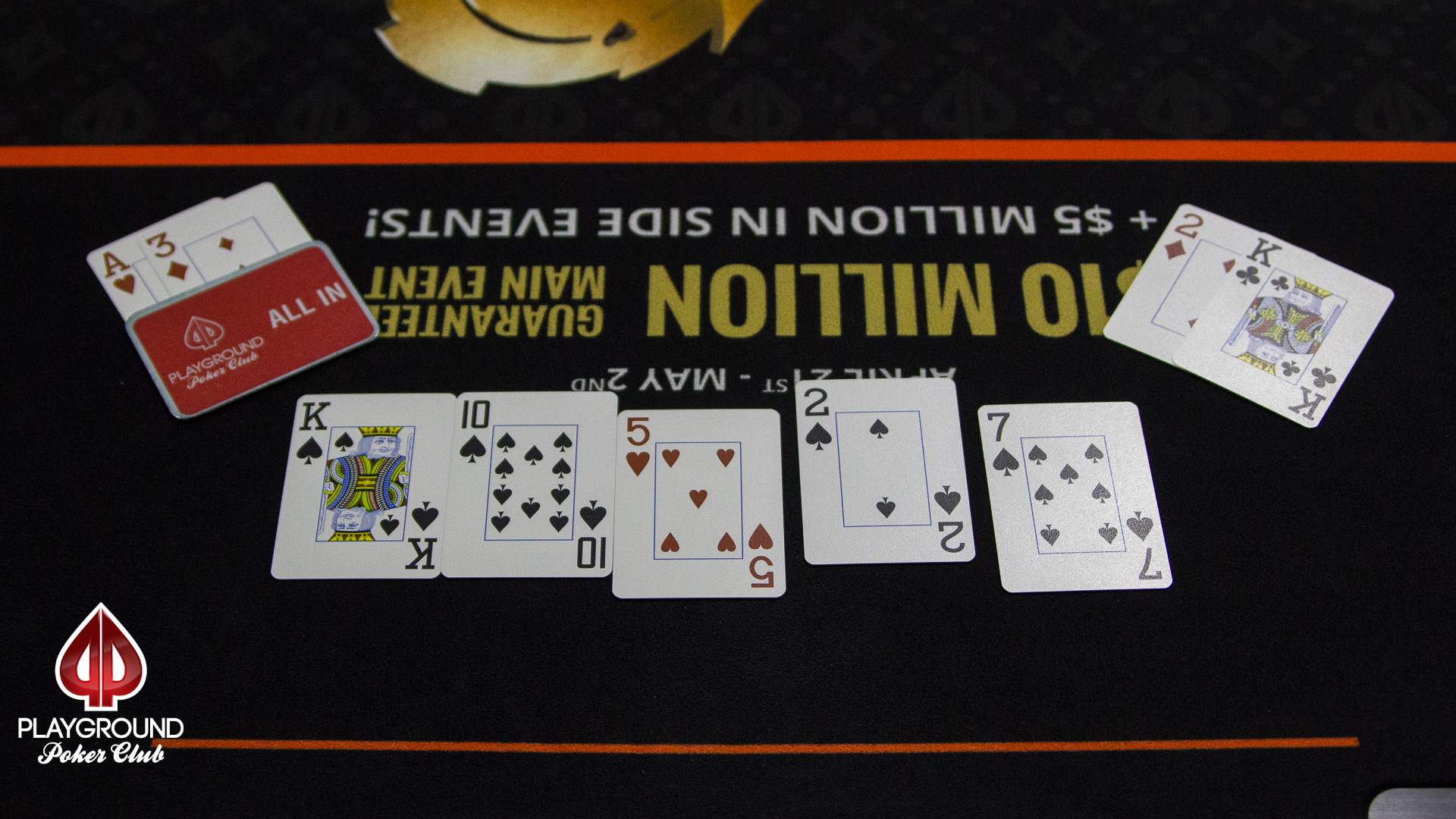 The four remaining players in the Freezeout have agreed to an ICM chop of the prize pool.

There remains an extra $400 in the prize pool for eventual winner.

Stephen Langlois had put together a small winning streak at the final table. His relentless short-stack pressure let him take down three consecutive pots, until Jonathan Tremblay decided to play a hand.

Langlois moved all-in from early position for nearly 400K. Tremblay asked for the count and took his time to make a decision. He eventually made the flat call, and everyone else got out of the way so hands could be tabled.

The flop was enough, and the river removed any doubt.

Langlois will collect $660 for his fifth place finish.

Jonathan Tremblay has a comfortable chip lead over the field at the final table of the Freezeout. Although only a few hands have been played, Tremblay has had the fortunate timing to take down the big ones, such as the elimination of Karin Gemmill where Tremblay found a way to make a full house with

Eight players remain in contention, and Tremblay has more than a quarter of the chips in play. But with the blinds at 20K/40K, things can change in a hurry so Tremblay can’t rest on his laurels, everyone at the final table still has a legitimate chance at the win.

With the blinds at 15K/30K, the pressure is beginning to mount on the short stacks.

Olivier Gamache sensed his opportunities dwindling and decided to move all-in from under the gun. He picked up calls from Marc Lavergne and Isaac Buswell, and the three players saw a flop of

. When Lavergne and Buswell both checked the flop it gave Gamache some hope, but those hopes were dashed when Buswell put out a big bet on the

turn. The bet forced Lavergne out of the pot, and hands were tabled. Buswell had flopped a set with his

, but Gamache still had outs thanks to his

river was not one of them, sending Gamache to the rail in 12th place and letting Buswell collect a huge pot at this late stage.

The remaining field in the Freezeout is now in the money, and Stephen Langlois has jumped up the leader board to take a narrow lead over the field.

Langlois had the fortunate timing to flop a nut flush shortly before the break and was able to to get good value for it, helping him build the biggest stack in play. Now that everyone has been assured at least the minimum prize, expect some of the short stacks to start taking some chances as the blinds creep up.