Event #5 was a shootout tournament, a format that is gaining some serious traction during Playground tournament series. Players needed to win their sit & go table to participate in the 16-player final where everybody got a payout. Some tables finished very quickly, others were playing rather tightly and went the distance.

When all 16 spots were taken, round 2 began. 16 players dropped to 8, and that’s when the flow of bust outs halted. For almost an hour, every single all-in saw the shortest stack survive, until there were 6 big blinds in the average stack. Then, of course, everything happened really fast.

After the series of eliminations that brought the shootout to a 3-way affair, players decided to reduce the variance by accepting ICM numbers.

There was another $300 reserved for the winner, which was decided quickly. As soon as play resumed, a 3-way all-in took place.

Rong said: “Chop! 3-way chop!”, not realizing that his seven got him a higher straight, and almost all of the chips. Chrishan was taken out and Jordan was crippled. He did not survive the following hand and the extra $300 went to Rong Xu, the man who had 18K with blinds at 20K/40K/20K!! 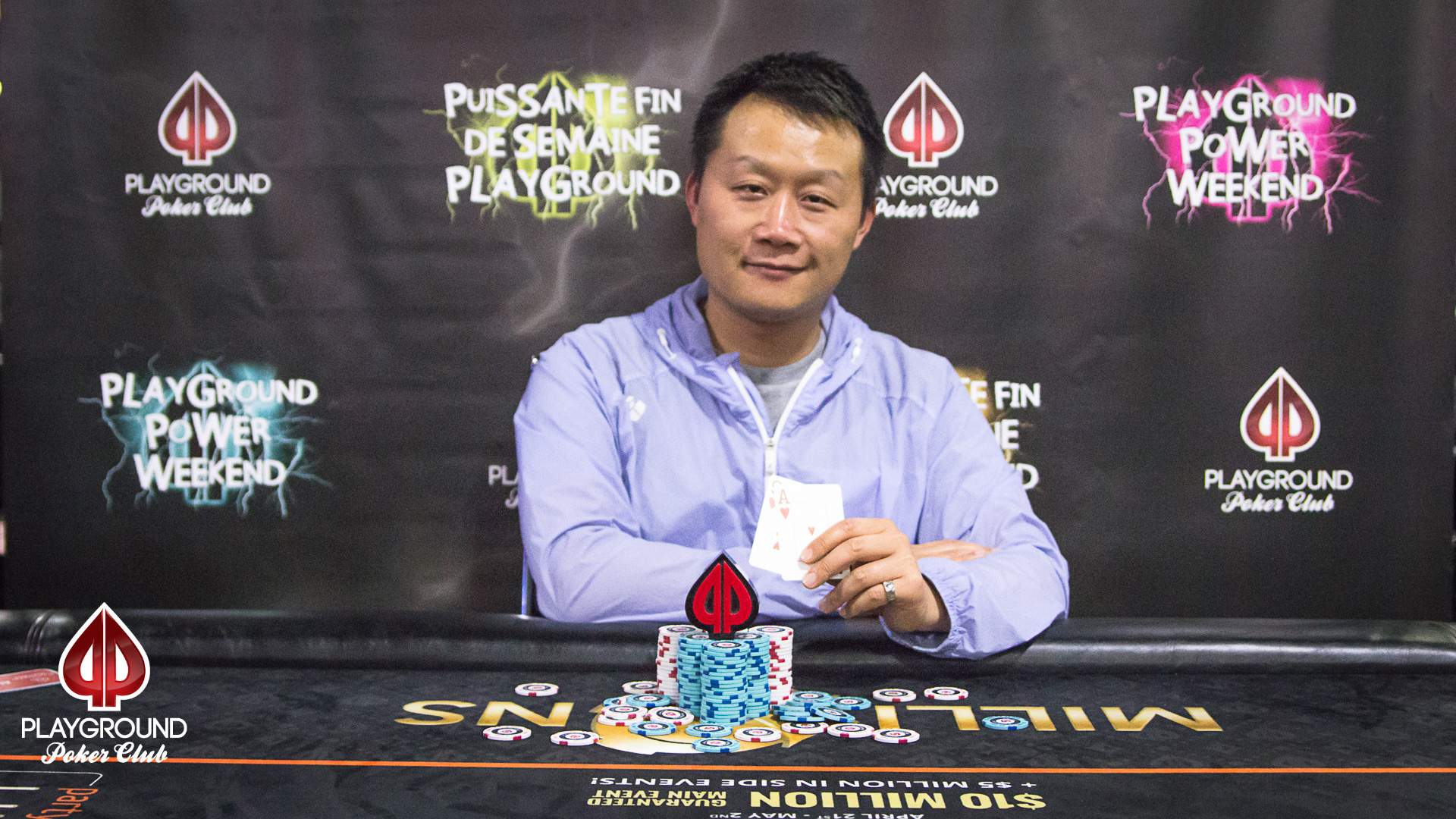 Alexandre Dubé shoved with a small pair and Nicholas Kypriotis, who was pretty quiet on the final table, went all-in for less.

Shortly after, Alexandre went all-in from the small blind and got an snap call from Christian Larocque in the big blind.

Alex was crippled and went out on the following hand. Timmy Richard was next. He had previously lost a lot of chips to Rong Xu, and when he found a king on the button, he rolled the dice and lost to Jordan Chartrand.

Christian Larocque followed when his own all-in was called by Chrishan Sivasundaram, Chrishan’s stack was the least volatile on the final, and his ace held in this showdown.

The queen on the river got Rong the pot, and William takes $500 for his 8th place finish.

About 45 minutes went by since the ICM numbers were refused, and there were no shortage of all-ins. Just in the last 10 minutes, two 3-way all-in were played without a bust. As soon as play resumes, the average stack will represent 6 big blinds.

Rong Xu was left with less than a big blind but went on to win a couple of hands. Timmy Richard is currently in the lead and plays a solid game. Here are the counts:

Blinds are getting very high compared to the average stack, and eliminations are expected to pick up the pace. Angelo Amato just found himself in a pre-flop showdown against Chrishan Sivasundaram. He only had a handful of big blinds left, so when he saw a big ace, he only had one move. Chrishan, however, had been dealt a premium.

Our 8 players are now waiting for ICM numbers.

On the last hand before the break, Mathieu Cliche lost his chips to Angelo Amato. Amato raised and cliche went all-in with

, but couldn’t hit and Amato’s sixes took the pot.

Here are the counts: