After 25 levels of play the Monster Stack is down to 9 players. A final redraw has been made and the players get ready to resume play.

With $50,000 going to the winner the players have their eyes on the prize! 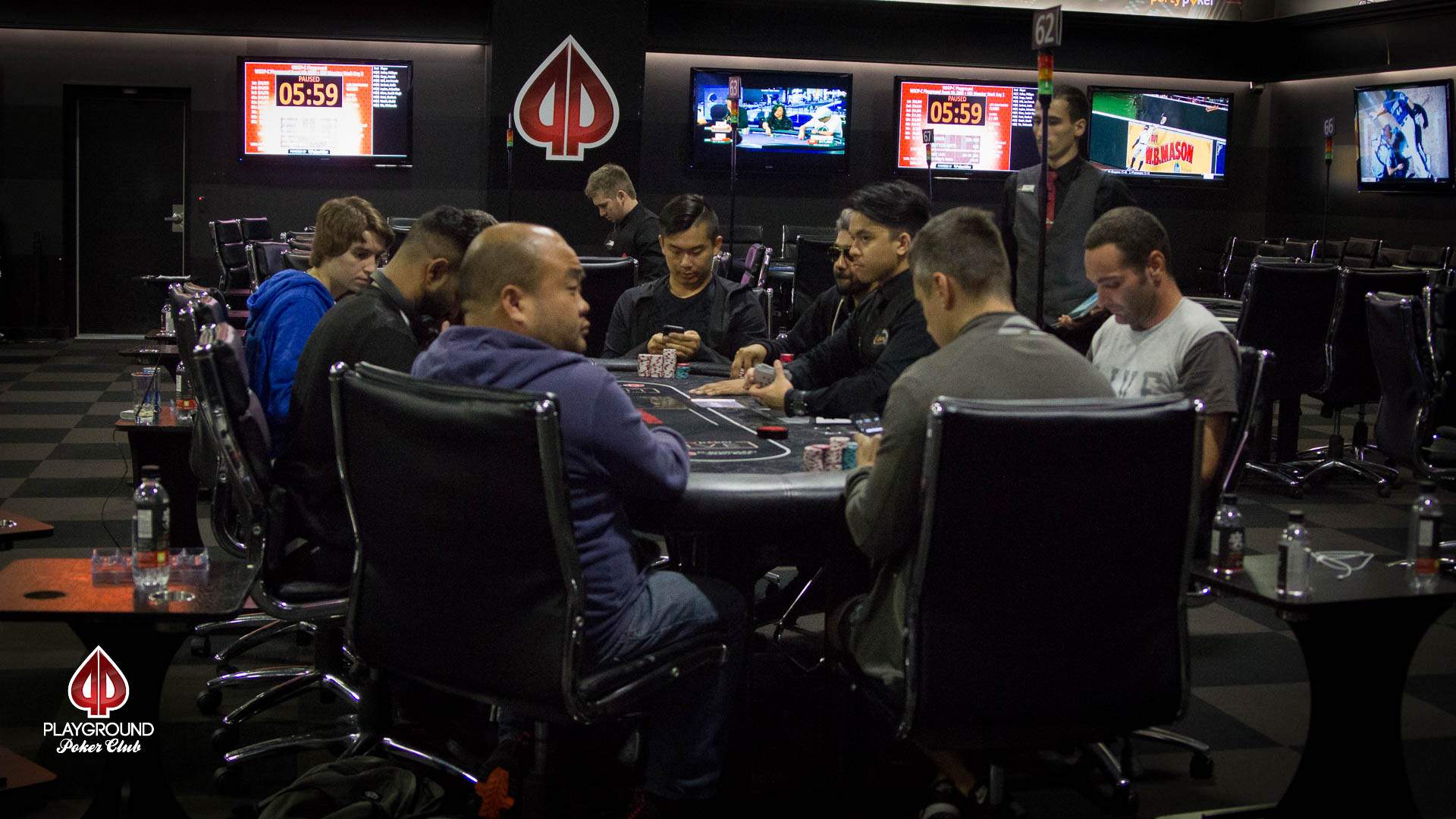 The remaining 11 players are on a 15-minute break and we went to the felts to get the chip counts.

We are 2 eliminations away from the final table redraw and everyone is hoping for a seat at the elusive final table.

We only have one multi-millionaire and it’s Khalid Waziri. Khalid has been a solid rock in this tournament today, adding chips little by little, to his insatiable stack.

Play continues in Day 2 of the Monster Stack. The tournament director halted the clock midway through level 23, when the number of players was down to 16. As per the rules of this tournament, there had to be a redraw of the seats.

There will be a second redraw when the number of players reaches 9, at which point we will have our final table. Here is a list of the players and their corresponding seats. 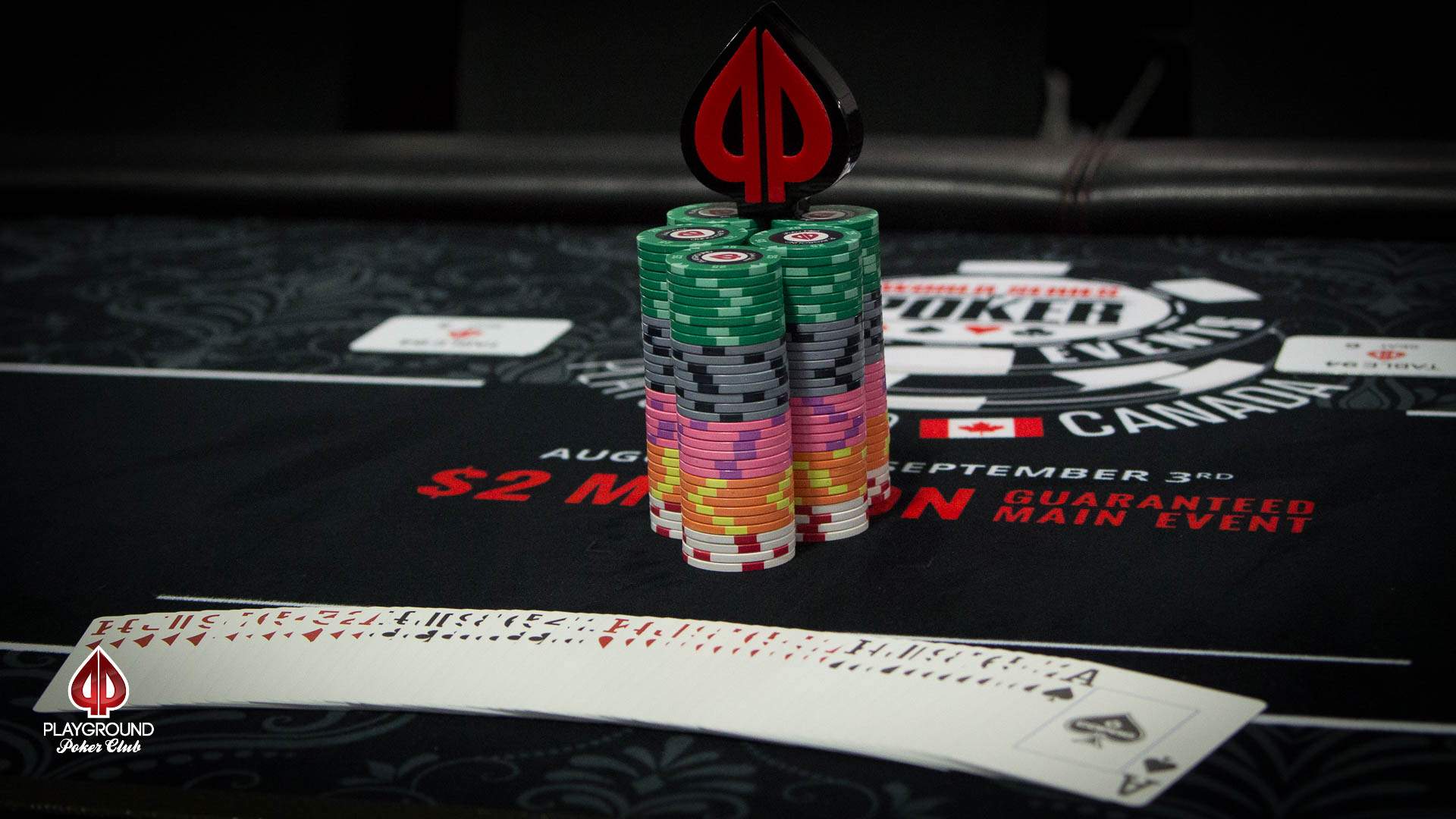 Now that the players are in the money here in Day 2 of the Monster Stack tournament, players are busting out at a steady pace.

While the players were enjoying a short break, we made our rounds and found the chip leaders. Khalid Waziri is in the lead with a massive 1,408,000 stack, that’s almost 3 times the average. Khalid has been doing well all day and seems to be maintaining and improving his stack with success.

But Khalid is not the only millionaire, we currently have Dallis Kerbrat who has a respectable 1,008,000 chips in front of him. Chip-wise, Khalid is alone on his table with such a massive stack. Whereas table 60 is home to the other 3 chip leaders, including Dallis. So expect the play to be quite different on these tables.

Here is the leaderboard as of the beginning of level 22. 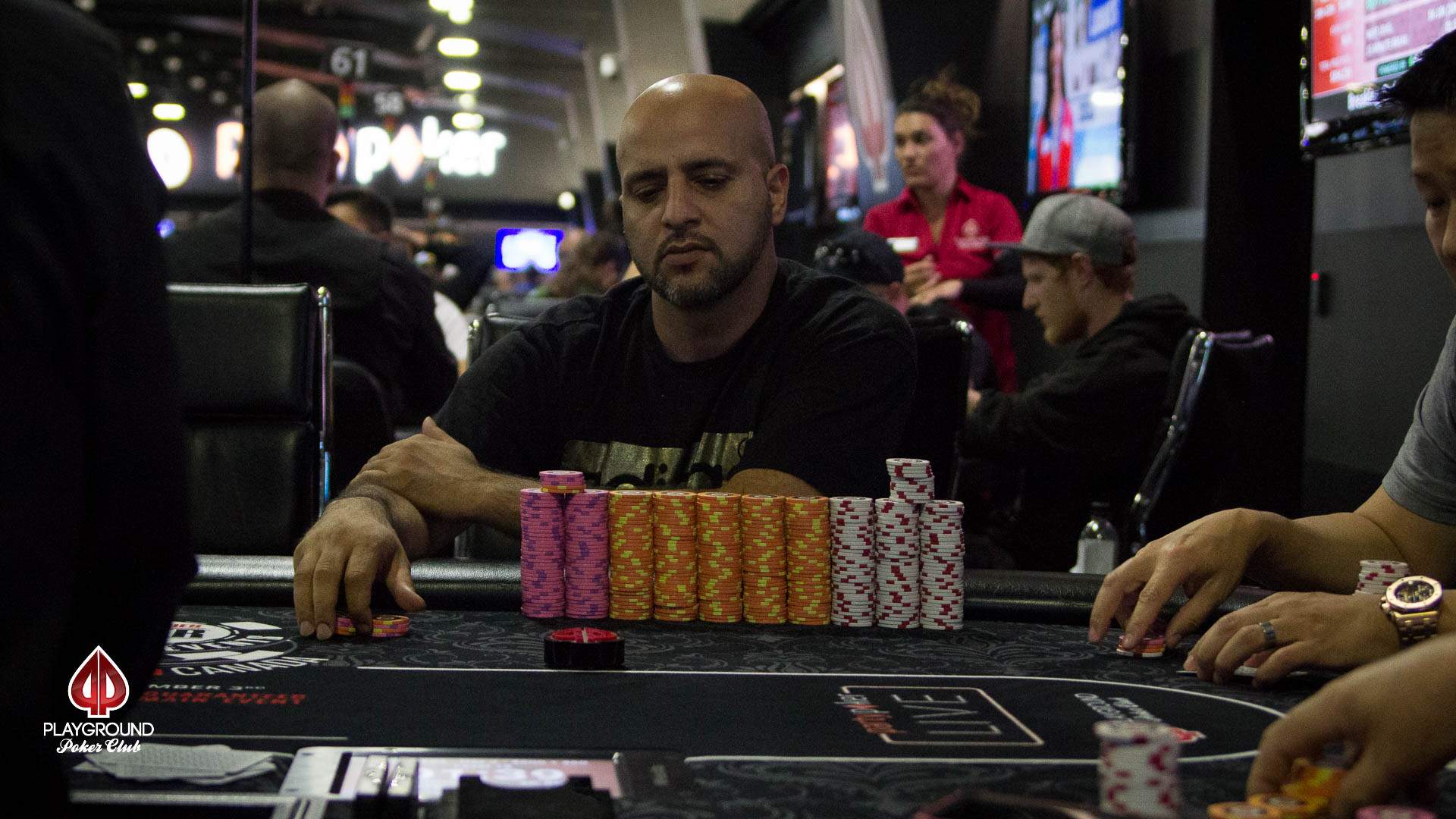 In big tournaments, it often feels like the money bubble can drag on and on. But the bubble in the Monster Stack took longer than anyone could have possibly expected.

The starting field was down to 57 players when hand for hand play was initiated in order to make sure that all tables saw an equal number of hands, even though the top 55 finishers were going to make the money. It did not take long for one players to be eliminated, but the next elimination, little did anyone know, was not going to happen for some time. There was no shortage of action; there was at least one all in on each hand dealt. But the short stacks found ways to double up nine consecutive times. This kind of streak defied all expectations. 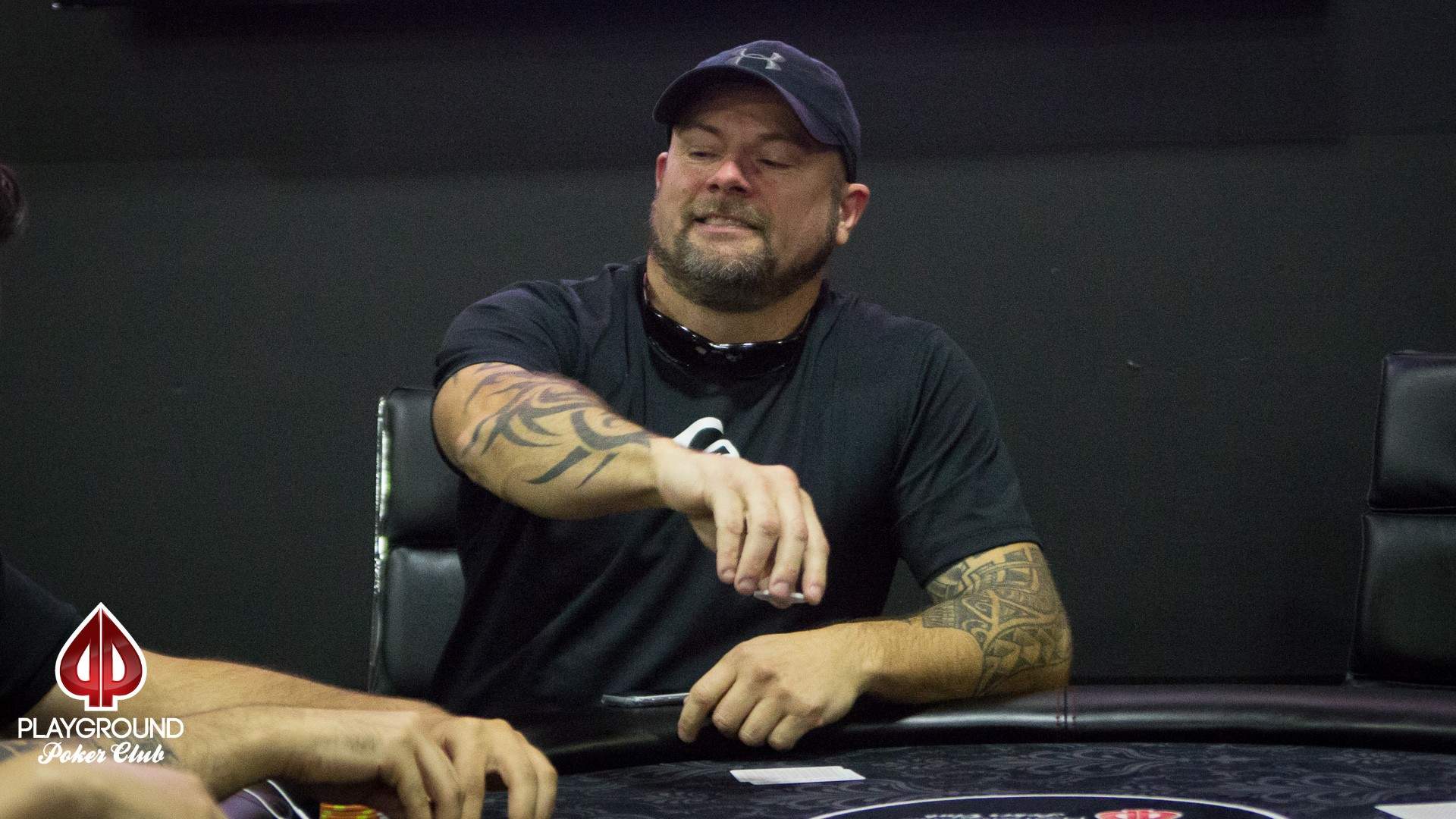 It finally came down to Gary Titus, who had been clinging to life after his stack was reduced to a single chip. He hung on for as long as he could, but he knew he couldn’t fold any reasonably strong hand, as the blinds lurched toward his position. He gritted his teeth and tossed in his last chip when he woke up with two suited broadway cards. But it was to be his last hand, as one of his opponents made a pair to send Titus to the rail in 56th place.

The remaining players are now in the money, and play will continue until there is a winner tonight.

Holding aces Andrea was all-in before the flop. Michael Siago called and hands were tabled:

As the board was revealed everything seemed to go well for Andrea although there was a pause when the turn came with a 3rd spade and all eyes darted to Michael’s nines, but the black one was clubs.

The aces held up for Andrea and she managed a very welcome rise in her stack. Andrea now has more than double the average with approximately 550,000 chips, which pretty much guarantees her a spot in the money.

Play has been hand per hand for a few minutes, as we approach the magic number of 54 players. 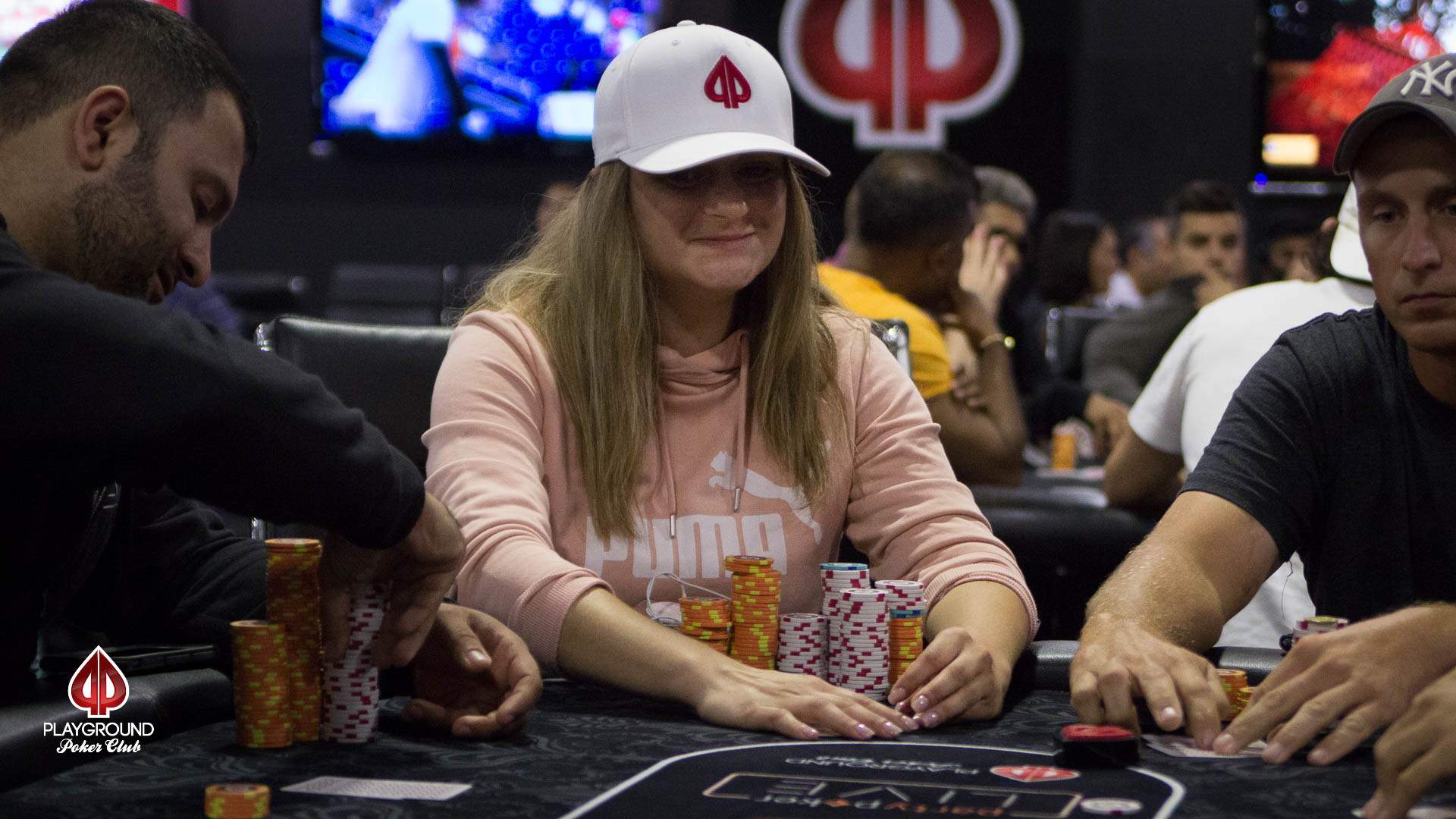