We have come to expect fast, loose and aggressive action in bounty tournaments, especially during the early levels when bounty hunting is often the name of the game, but tonight’s tournament started out with a lot more caution and pot control than we have come to expect. The first four levels only saw a few bounty chips change hands, but that all changed after the first break. The action picked up pace from there and did not slow down until the very late stages. There was a brief period when the play tightened up as the money bubble approached, but following Muset’s huge pot against Philippe Drouin where Muset cracked pocket kings with big slick for roughly 600K in chips, the pace picked up again. There was a double elimination on the bubble, and the players kept up their aggression all the way to the final table.

After eliminating Jean-Francois Stoycheff and Ioannis Tsontakis to get the ball rolling at the final table, he also busted David Sorgente in fourth place. Sorgente and Muset got their chips in before the flop, and Muset’s

. Sorgente collected $960 for his fourth place finish. Nick Frascarelli met a similar fate as Sorgente, as he was eliminated by Muset following a pre-flop all-in. Frascarelli’s

, and the queen-high flop sealed the deal. Frascarelli took home $1,570 for finishing third.

In the end, it came down to Tony Lei and Muset. Both players had played the largest stacks in the field over the course of the last three tables so it was fitting that they should meet heads-up. But their heads-up match was very brief, as both players were happy to get their chips in and let the poker gods sort it out, which they did. Like many other spots throughout the evening, they chose Muset. Lei collected $2,670 as the runner-up.

Muset’s solid play in the early levels put him in a position to succeed in the late stages. He made the best of the format; he gambled when it was in his favour, took aggressive lines when he had to and sensed when he had to stay out of the way. Along with some good timing and a bit of luck, victory was his for the taking tonight. Congratulations! 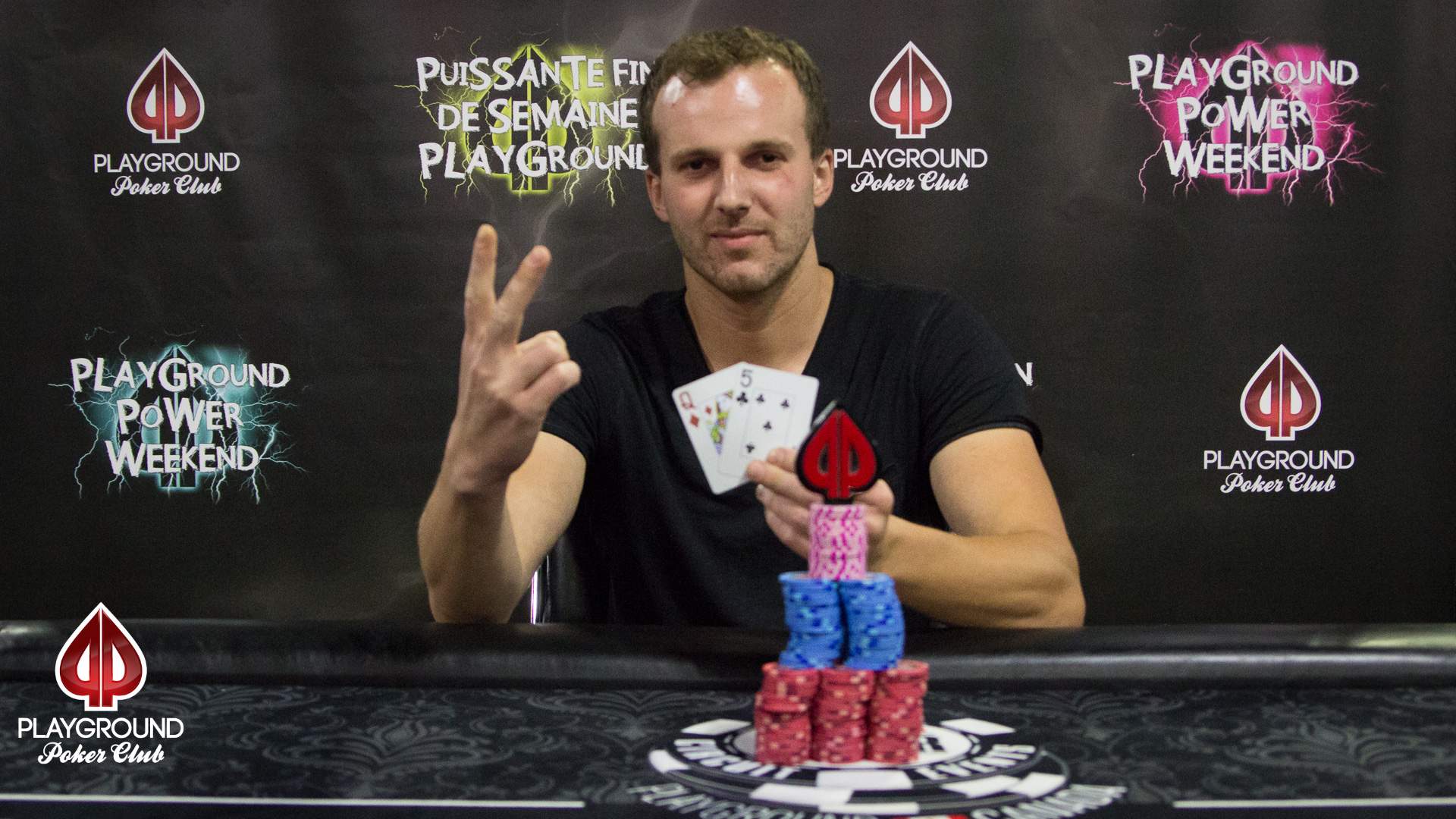 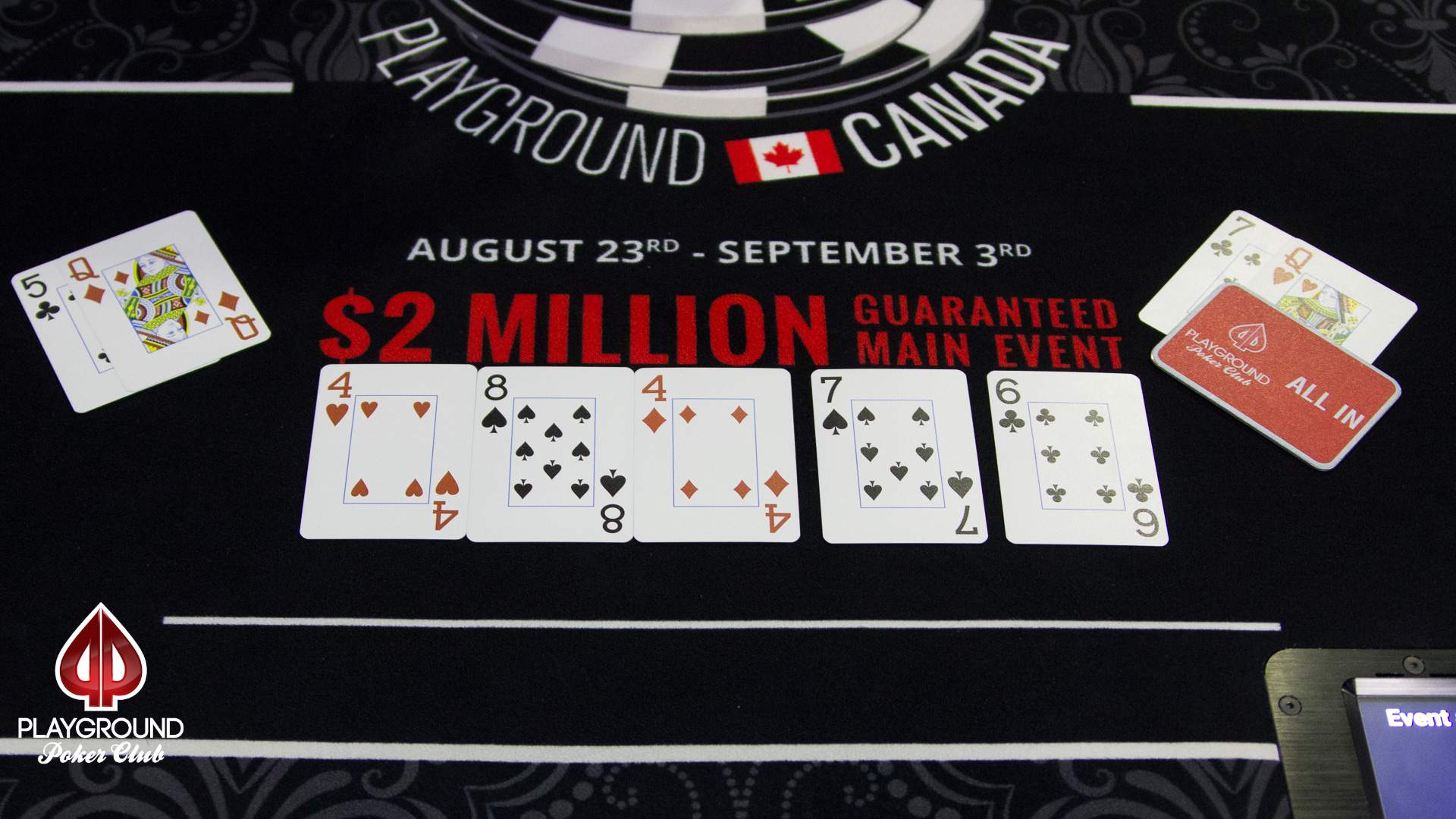 With the blinds at 15K/30K, Cristian Muset opened the action from his button to 70K. Jean-Francois Stoycheff, in the big blind, tossed his bounty chip into the middle, and Muset quickly made the call.

Stoycheff was eliminated in seventh place, earning him $530 in addition to the bounties he collected along the way.

Stephen Langlois was the next to leave the final table after losing a flip against Tony Lei. With the blinds at 15K/30K, Lei opened the action from under the gun to 75K. Langlois raised all in from the button and was met with a snap call from Lei.

Langlois will take home $610 for the sixth place finish.

Ioannis Tsontakis was then dispatched in fifth place by Cristian Muset. Muset opened the action from his button. Tsontakis moved all in from the small blind and was called.

The final table of the final event of the June Power Weekend is set to begin. The starting field of 163 players has been reduced to the seven finalists who will play it out for the big prizes at the top of the payout list.

Cristian Muset still holds a significant chip lead over the field, but with the big blind costing a starting stack to this tournament, things can change quickly.

Here is the line up:

The bubble has burst on the 6-Max 50/50 Bounty, thanks to a double bustout. Given the format-50/50 bounty-and the money involved-$200-the money bubble wasn’t a big deal to the players in the field. The players were focused on the huge hand that played out between two of the biggest stacks in play.

Cristian Muset and Philippe Drouin, each playing stacks of more than 300K, got all their chips in the middle before the flop, and the run out still has the other players talking about it. Muset made a huge three-bet shove with

over Drouin’s opening raise. To everyone’s surprise, Drouin made the call and tabled

. When Drouin flopped top set on the

flop, it looked like it was over. But the

turn gave Muset some hope, and the

river gave him (second) the nuts.

Hand-for-hand play began shortly after the huge pot between Muset and Drouin. But it didn’t last long. There were two players on different tables all in and at risk on the first hand dealt after the hand-for-hand announcement. Both short stacks lost their respective pots, leading to a double bustout on the bubble.

Play continues with 17 players remaining. Expect things to tighten up from here, as the $4,162 prize up top takes the focus away from the $100 bounty chips.

Here is an updated leaderboard:

Philippe Drouin just took down a huge pot to bust a player and double through the former chip leader, Claude Boulianne.

It was all instigated by a bounty chip, when Martin Lamontagne moved all-in for roughly 45K from under the gun. Boulianne, the next to act, quickly made the call, putting the action on Drouin. Drouin, who was playing a stack of slightly more than 200K, tossed in his own bounty chip, and Boulianne made the call without hesitation.

And just like that Drouin took down a pot for nearly half a million in chips, captured another bounty and secured the chip lead over the field with just 25 players remaining.

Claude Boulianne found a way to run up a big stack in the early levels, and he has not let his foot off the gas pedal since. He is trying to run away with the 6-Max 50/50 Bounty, and he has a healthy lead in the race for all the chips.

Tony Lei shot up the leaderboard over the last few levels to amass a double-average stack, making him Boulianne’s closest rival at this point.

Play now resumes in level 14 with 41 players left, 21 of which will cash this event.