Event 6 was a $70 + $10 freezeout event, and attracted 219 players, shattering the $5K guarantee. The tournament lasted a little over 9 hours, and in the end, William Pauzé had all the chips. When the ICM numbers were agreed upon by the last 5 players standing, Pauzé had secured the 2nd biggest prize.

Mario Bernier was the first to leave after the variance was reduced. After a few all-ins that favored the shorter stack, Mohammad Osman took out 2 opponents at once.

This river got Osman a crushing lead over Pauzé, but many more showdowns were observed. Pauzé came back, won the pot that mattered, and gave the final blow when his ace got the best of Osman’s king.

William Pauzé added $450 to his $2,060. He goes home with the biggest payday, the title, and the satisfaction of a big win! Congratulations! 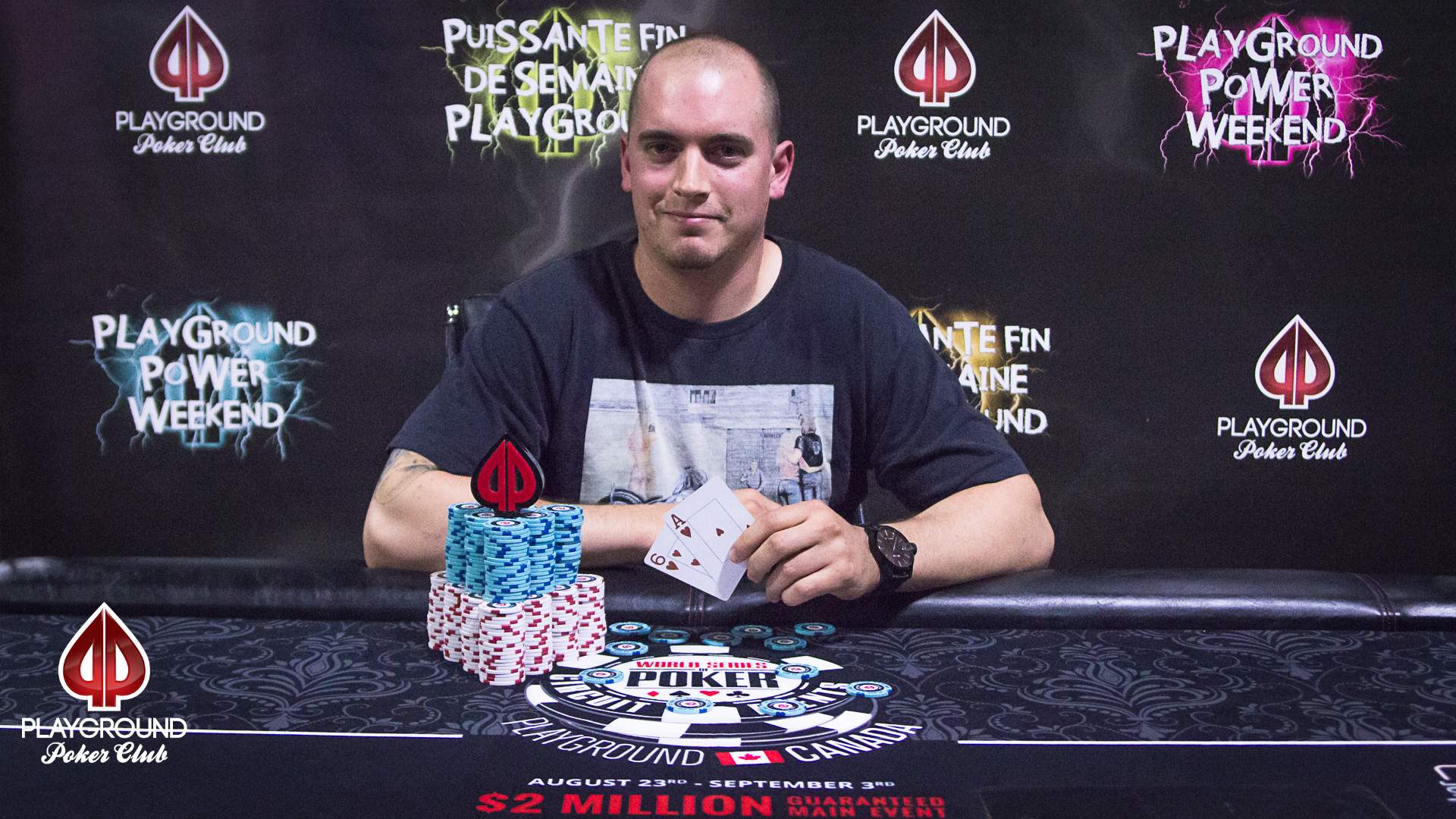 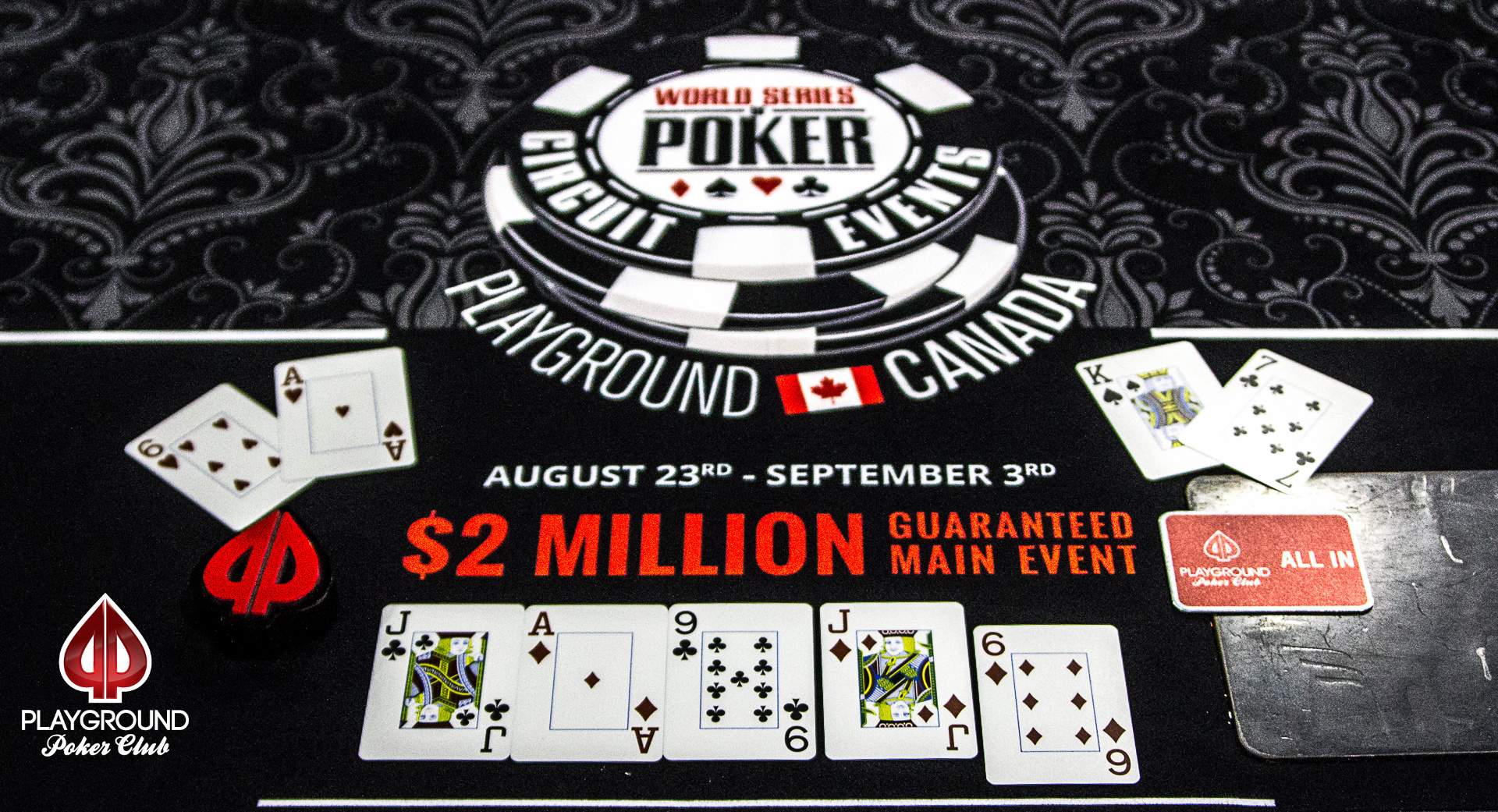 Players have looked at the numbers and rejected them twice before they finally agreed to an ICM chop. Here are the secured amounts:

Players continue to play for the $450 reserved for the champion. This amount will be added to their allotted prize. Congratulations!

Since play has resumed, every hand resulted in an all-in. Let’s see who still stands when the dust settles!

When the action folded to Pierre Bouchard in the small blind, he went in for a little under 400K. Mohammad Osman, who was in the big blind with just over that amount, made the call.

Osman kept the lead the whole way. Bouchard walked away with no regrets. He cashed $590 for his 6th place finish. Congratulations!

In the last events before the break, Michael Carrington was eliminated in 8th position. Shortly after, Francis Carrière seriously dented the leading stack when his

, especially when the turn completed the flush.

Then, it was Gaétan Perreault who got it in with Mario Bernier:

Play resumes in a few minutes. Here are the counts:

When William Pauzé eliminated Joshua Ladouceur in 11th place – he simply called his all-in bet with aces – the final table was formed. Here is the chart:

On the first hand, Mario Bernier and Réjean Bourgogne were in an all-in hand that culminated in a group scream.

Magic. Réjean Bourgogne was flabbergasted. He lost his few remaining chips on the next hand and takes $310 for his rough final table experience. Good run!

Fabien Domenech followed him. His 9th place is good for $350. Well done!

For a tournament player, a soft field is like candy, but an overlay is like a candy store! A Mega Satellite is currently running in Playground Poker Club’s tournament hall, and after 4 levels of play, out of the 220 entries needed, only 82 have taken place!

If you would like to play the WSOP-C Playground, this is your best chance to get in. And don’t forget, you can always sell your seat if you can’t play or you already have one!