As everyone has come to expect from bounty events, the early levels were characterized by fast and loose action while the players were looking to capture as many bounties as possible. But once the field was down to two tables, the action tightened up as the pressure of the blinds increased and the players set their sights on the prize money. They remained determined and focused throughout the late levels, each trying to grind their way up the leader board. And that was the trend that continued all the way up until the heads-up duel to decide the winner.

After Shawn Parks’ elimination in third place, it came down to Normand Plessis Belair and Frederic Blais. Blais held a slight chip lead, and he proposed a deal that would see each player take $1,350 and leave the balance of the prize pool for the eventual winner. Plessis found the deal impossible to refuse, and the two played on for the remaining $332. Despite their deal, the two players remained cautious during the heads-up match. The two players traded small pots back and forth until they both woke up with premium hands and got their chips in the middle. Plessis was dealt the better hand, but Blais took the lead on the flop and went on to victory. Congratulations! 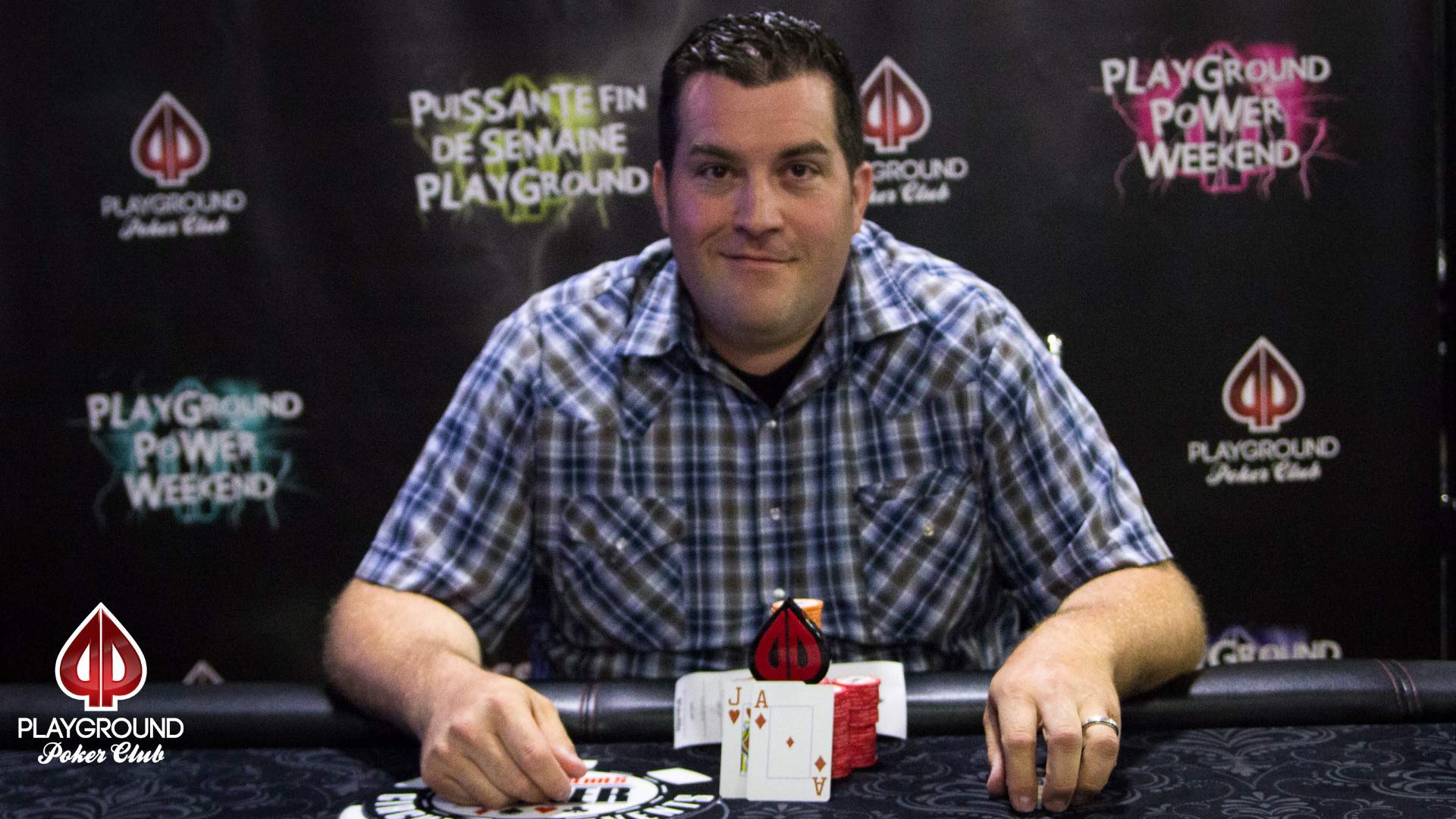 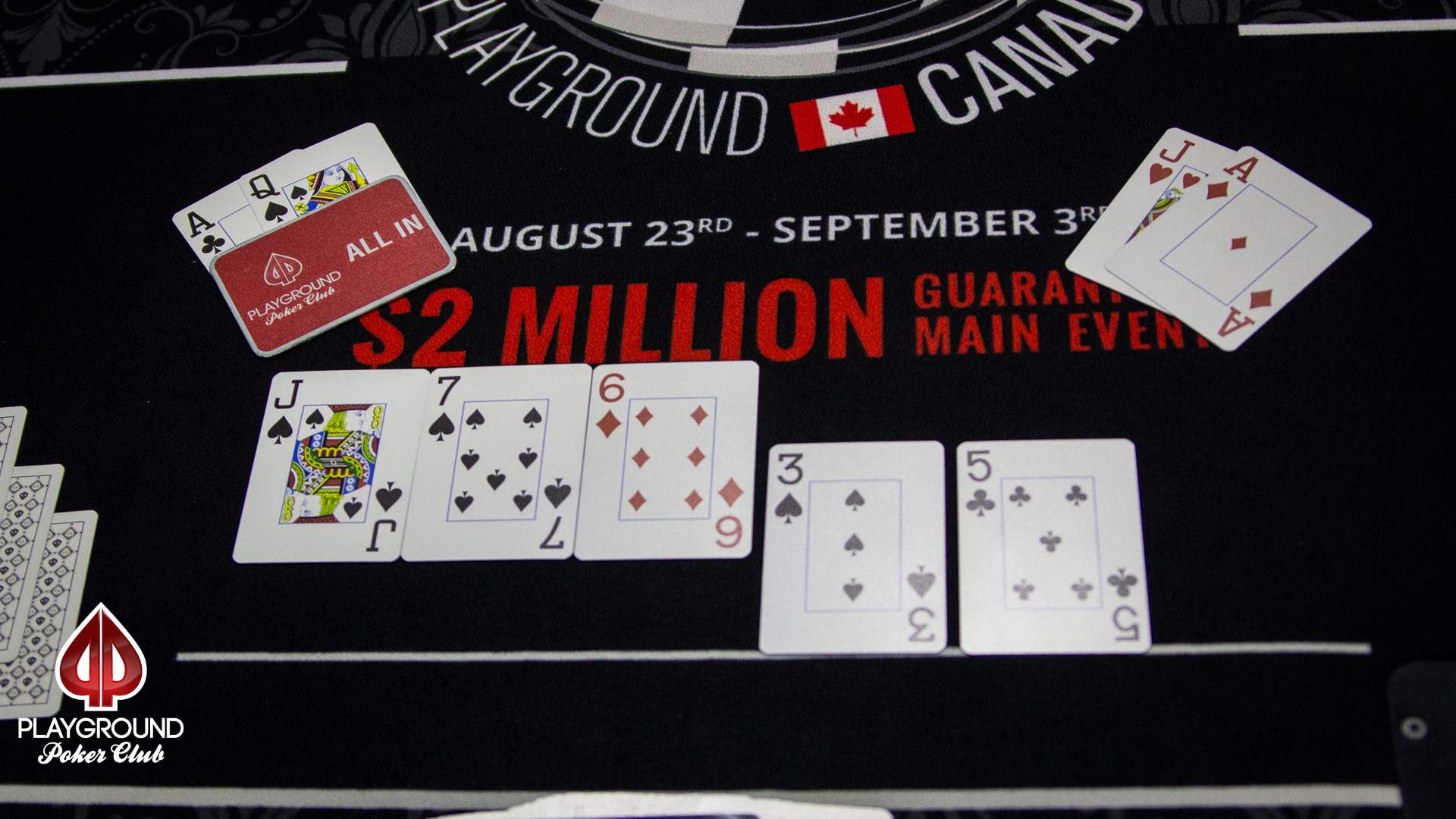 Despite capturing a number of bounties at the final table, Alec Brandstatter has just been eliminated in fourth place.

It came down to a flip between Brandstatter and Frederic Blais, with Brandstatter holding the over cards and Blais with the small pair.

Brandstatter will collect $480 for his deep run.

Luc Lariviere has just been eliminated in fifth place.

Alec Brandstatter opened the action from late position with a minimum raise to 48K. When the action came to Lariviere in the small blind, he moved his entire stack forward without hesitation. The raise gave Brandstatter pause, and he went into the tank to consider his options. He eventually made the call, and hands were tabled to reveal a familiar tournament situation; middle pair against two over cards.

Lariviere will collect $360 for his fifth place finish.

Russell D’Souza and Alec Brandstatter traded many chips back and forth throughout this tournament, but on their final encounter of the day, Brandstatter came out ahead and sent D’Souza to the rail in sixth place.

Now that the blinds have reach 10K/20K, the options are limited for most players and most hands are being played out pre-flop. The action was folded around to D’Souza in the small blind, and he promptly put his bounty chip in play. Brandstatter, in the big blind, made the call.

D’Souza came up short on this flip, bringing his tournament run to an end and earning him $290 for the deep run.

Joey “Birdman” Boczek has just been eliminated in seventh place, and it was Russell D’Souza who collected his bounty chip. D’Souza opened the action by moving all-in from under the gun, and the action quickly folded around to Boczek in the big blind. After counting his chips a few times and examining the pay jumps on the tournament board, Boczek decided to call of his stack.

D’Souza’s pocket pair held up, and Boczek collected $240 for the final table appearance.

Alec Brandstatter has just sent another player to the rail to shore up his chip lead at the final table.

The blinds have crept up to 6K/12K, and the players are beginning to feel the pressure. The action had folded to Nicolas Miron, in the cut-off, who tossed his bounty chip in the middle. Brandstatter, on the button, followed suit and immediately put his county chip in play. The players in the blinds got out of the way so hands could be tabled.

It was over on the turn, and Miron made his way to the tournament desk to collect his $200 ticket.