Event #8 of the June Power Weekend brought out an impressive field of 222 entries, enough to greatly surpass the guarantee on the prize pool and fill the tournament hall with bounty hunters.

The action was predictably wild during the early levels. There was no shortage of multi-way all-ins, bloated pots and loose calls. In many bounty tournaments, this kind of dynamic gives way to much tighter play once the prize money is in sight, but that was not the case tonight. The money bubble held up play only briefly, and the 28 players who cashed this event were reduced to the final table before anyone expected.

The play at the final table was far more conservative than everything we had seen throughout the night, as the huge swing between tenth and first-place money clearly weighed on the players. There was an attempt at negotiating a deal at the final table when four players remained, but they could not come to a consensus so play carried on. After the chips shifted around over the course of the next level, the players started to feel differently about a deal and an ICM chop that left an extra $400 for the winner was agreed to.

After the ICM deal, the chips started going in a lot more easily, and most hands were played out pre-flop. Nicolas Laliberte was eliminated in fourth, and Robert Dagenais followed immediately after in third. In the end it, came down to Donald Lee and Francis Rivest-Beaudoin. Rivest-Beaudoin got the best of Lee and won consecutive all-in hands to claim victory. Congratulations! 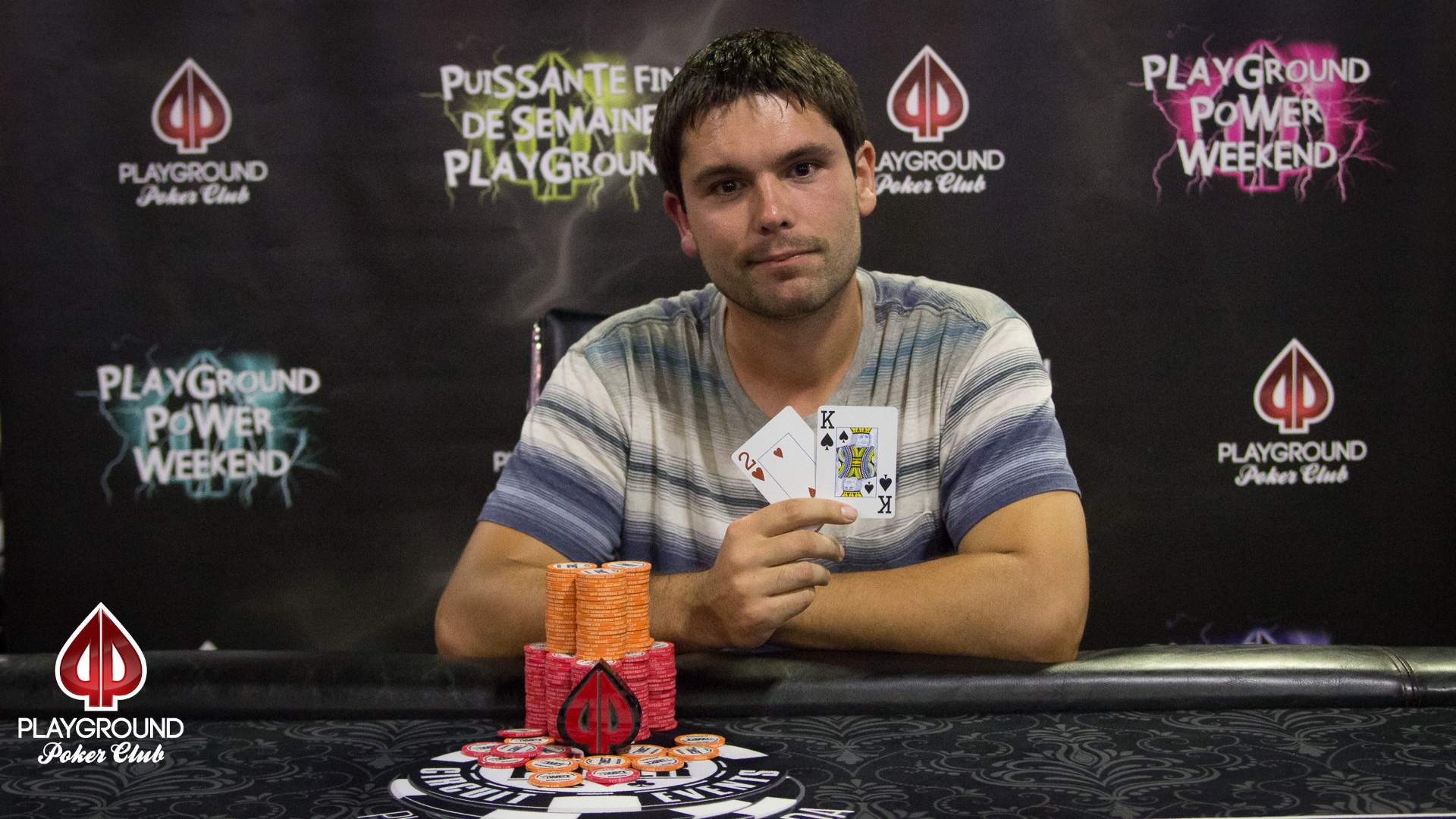 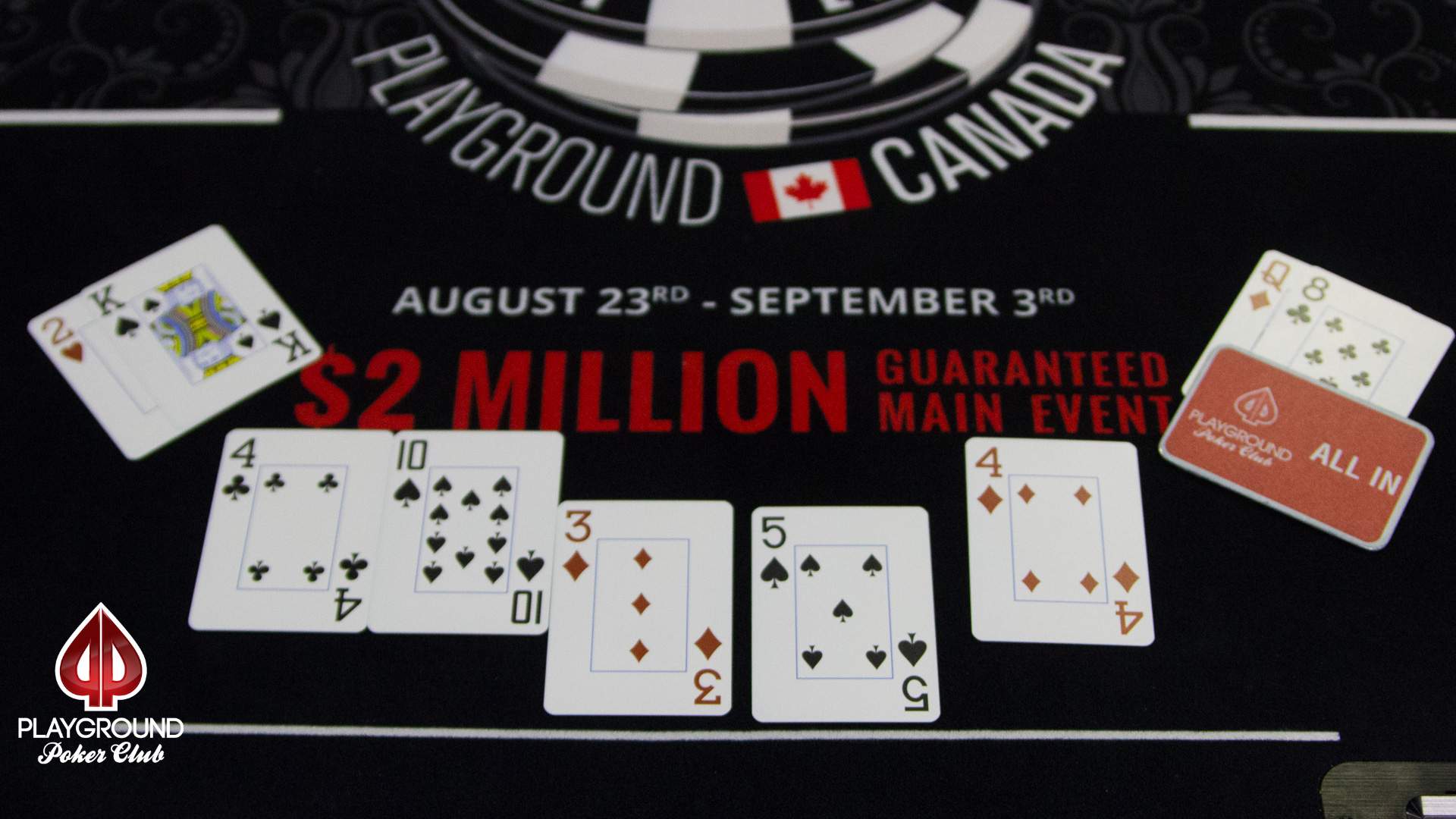 The four finalists in the 50/50 Bounty have agreed to an ICM chop of the prize pool. According to the deal, the winner will take home an extra $400.

Julien Nolin did well to reach the final table, but he ran into a cold deck on back-to-back hands and was eliminated in sixth place. After losing nearly 500,000 in chips in a dramatic flip where Nolin’s flopped set lost to a rivered straight, Nolin woke up with pocket queens on the next hand. Nolin’s opening shove was quickly called by Nicolas Laliberte, who held a live ace. Laliberta flopped his ace, sending Nolin to the rail in sixth place.

Mark Casalinuovo lasted as long as he could at the final table, but as the blinds reached 15K/30K, he was forced to make his move.

Casalinuovo peeled an ace and that was good enough for him in the cut-off with less than five big blinds. For a relatively cheap price, Nicolas Laliberte felt that it was worth trying to pocket another bounty chip so he made the call from the small blind.

Laliberte made a full house, adding another bounty chip to his stack and sending Casalinuovo to the rail in seventh place. Casalinuovo will collect $710 for his final table appearance.

The action is still moving at a brisk pace in the 50/50 Bounty. Only 14 players remain at this late stage, here’s a look at some of them:

With the field reduced to only two tables, Ricardo Cavallieri now holds a commanding chip lead over the 50/50 Bounty.

The money bubble came and went fairly quickly tonight, as Cavallieri dispatched two players at once to help pad his chip lead. Every decision is magnified in these late stages; the pay jump to $250 for nineteenth place to $4,968 for first will make all the players in the field consider all options before putting chips in the middle. The chip average provides nearly 25 big blinds so things could still change quickly. 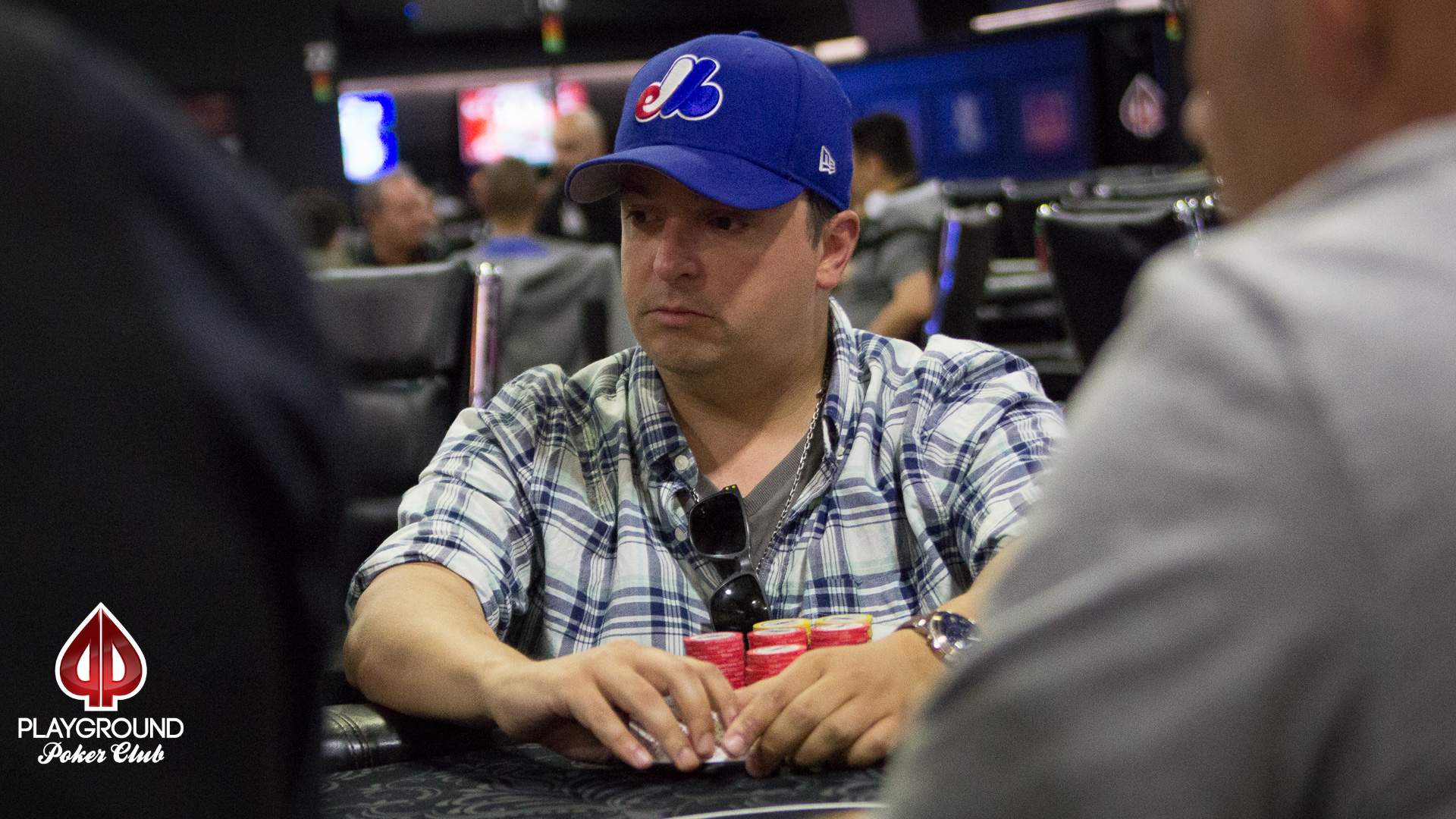