96 players came back for Day 2 yesterday. A full day of poker brought the field down to 10 finalists, who returned tonight for the conclusion of the June Power Weekend’s marquee event.

Daniel Gagnon, the winner of the 2014 Playground Poker Montreal Festival’s Main Event, was on the final table. Miguel Goncalo, a Playground regular who is no stranger to deep-event play, was also in the mix. John Palmer came with a charity title under his belt, having won an All Stars for Starlight event in 2016. Palmer brought a lot of fun to the table with his easy-going demeanor, and he casually made it to the heads-up match, but had the short end of a very uneven duel.

Robert Courrière started the day with just under a million chips. Before long, he was closing in on the leaders, but not content of joining them, he just whizzed passed them like a rocket and never looked back. He orchestrated a great number of busts and his all-around solid play, aided by a handful of good hands, got him the title tonight.

On Behalf of Playground Poker Club and the Strangers in the Night group, congratulations! 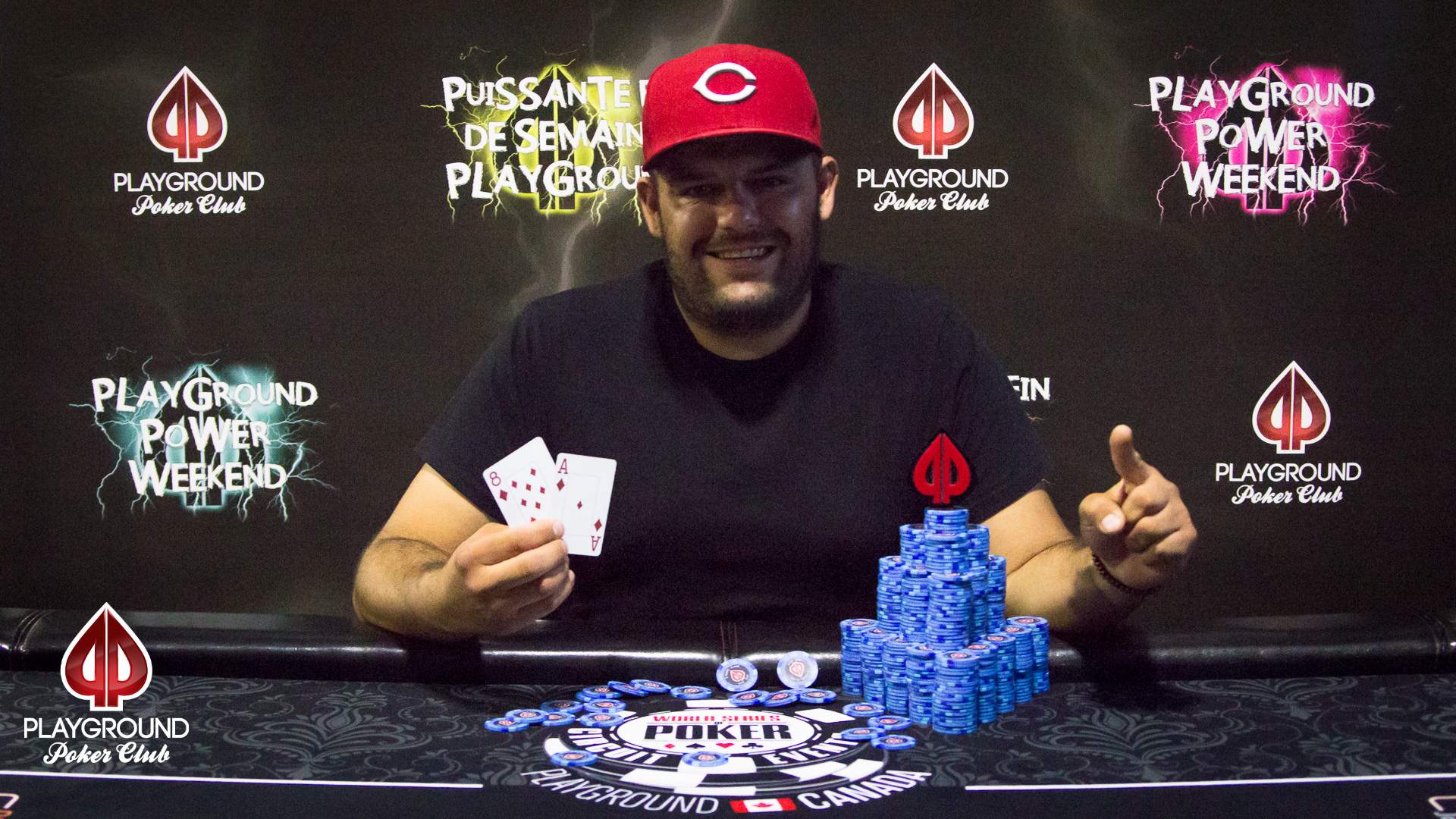 Courrière is joined by his friend, who supported him all night: 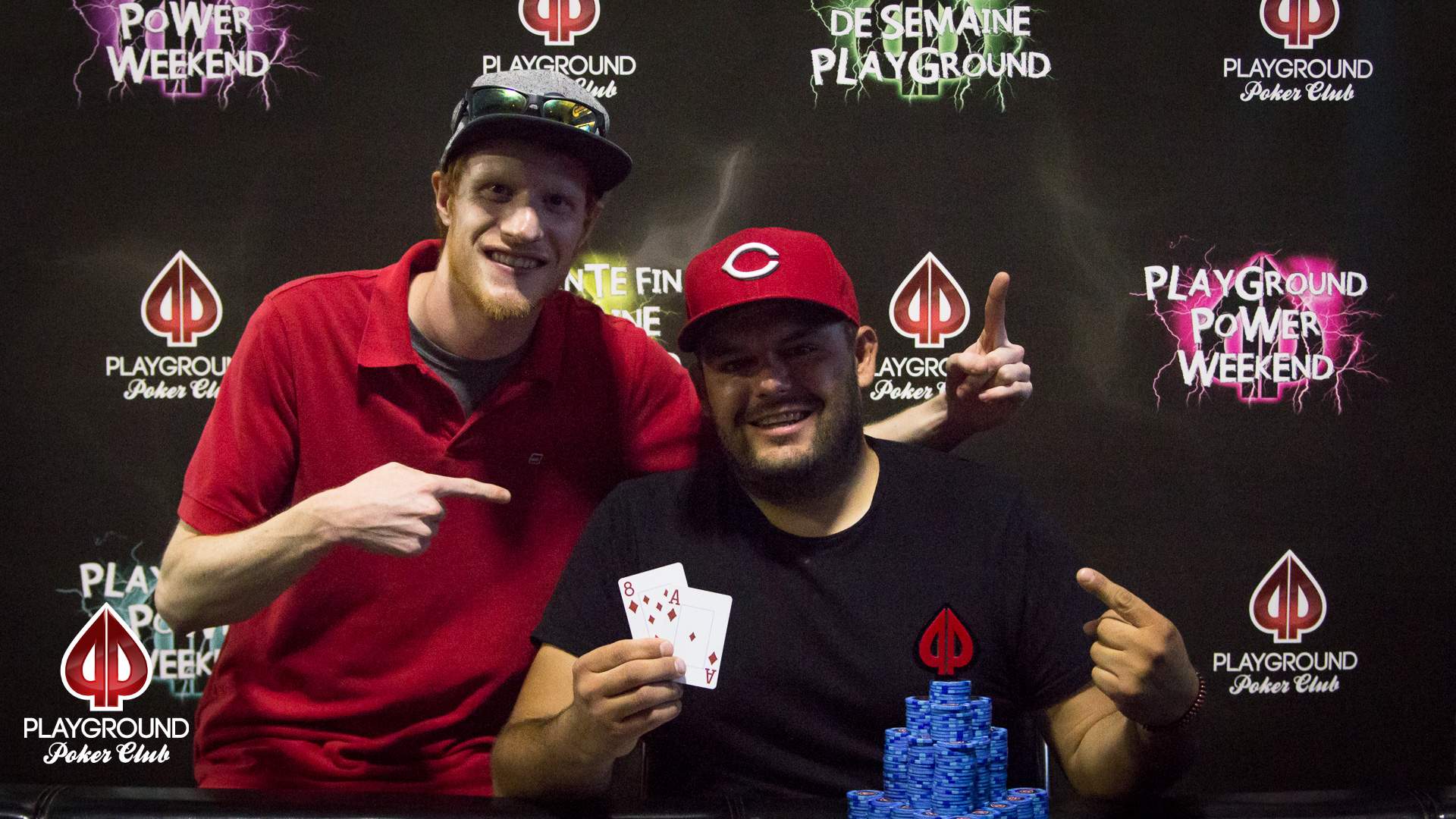 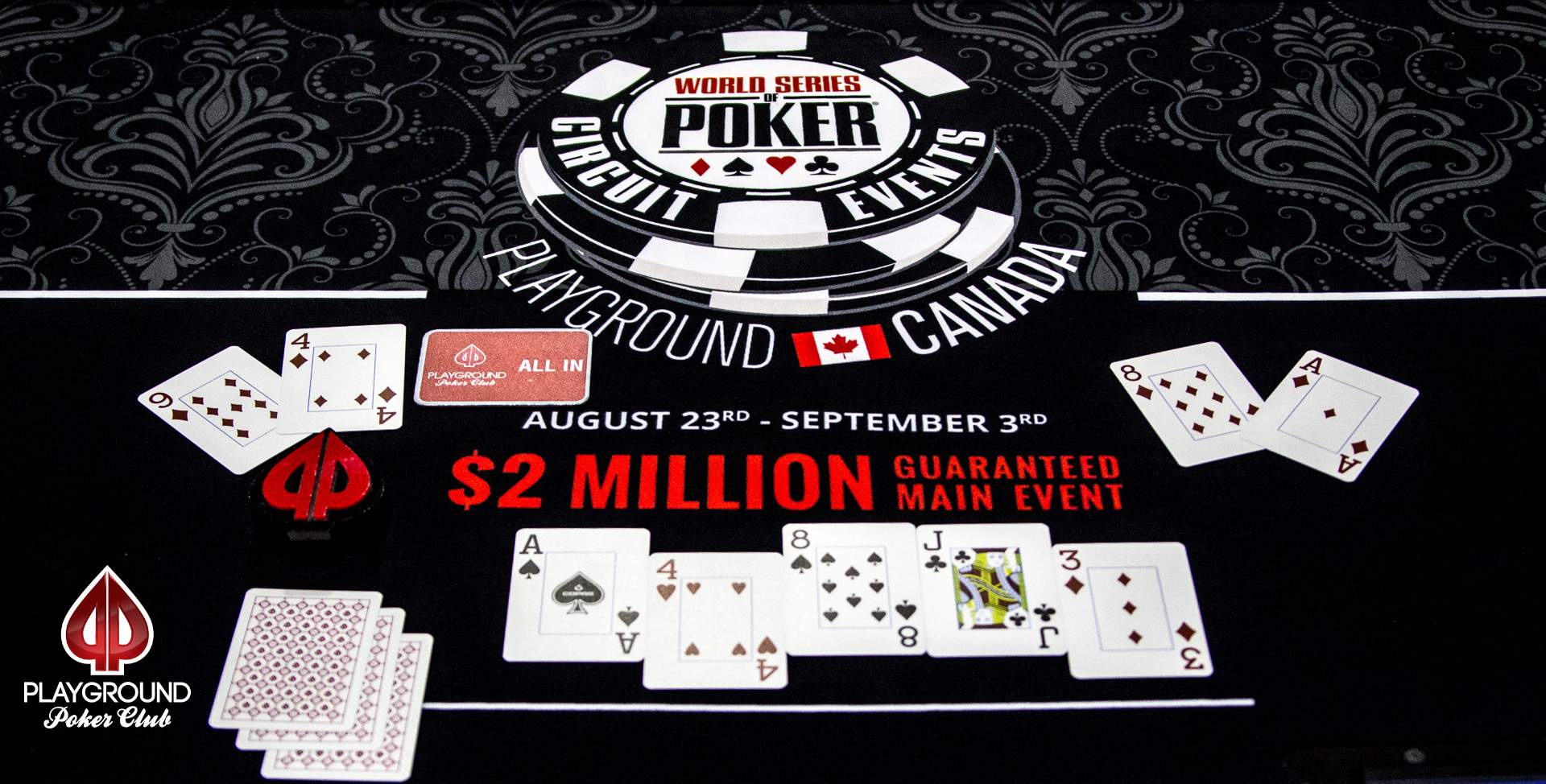 Jason Fernandes was down to about a million chips and charged Robert Courrière with all that he had. Courrière had a very low pair, but a pair is a pair, and he obliged. Little did he know, Fernandes only had one over card on him!

In the absence of a queen, Fernandes had to leave Palmer and Courrière heads-up. He takes $7,010 for his 3rd place finish. Excellent work!

John Palmer and Robert Courrière will resume play in a few minutes. All the 5K chips have been raced off the table and we have our final joust!

Play was briefly paused to allow players to discuss the prizes. $804 were taken off the 1st place money to add to 3rd place, leaving an even 13K up top. Shortly after, John Palmer doubled up on Jason Fernandes, and declared: “I can’t believe I just gave away $800”, insinuating that he was about to win the event!

Players and spectators had a good laugh, because Palmer was still under 2M in chips – about equal with Fernandes after the hand – while Courrière enjoyed an 8M chip stack!

Palmer also declared that he was 2nd in chips despite having less that what he started the day with. Good atmosphere on the Strangers in the Night final table! 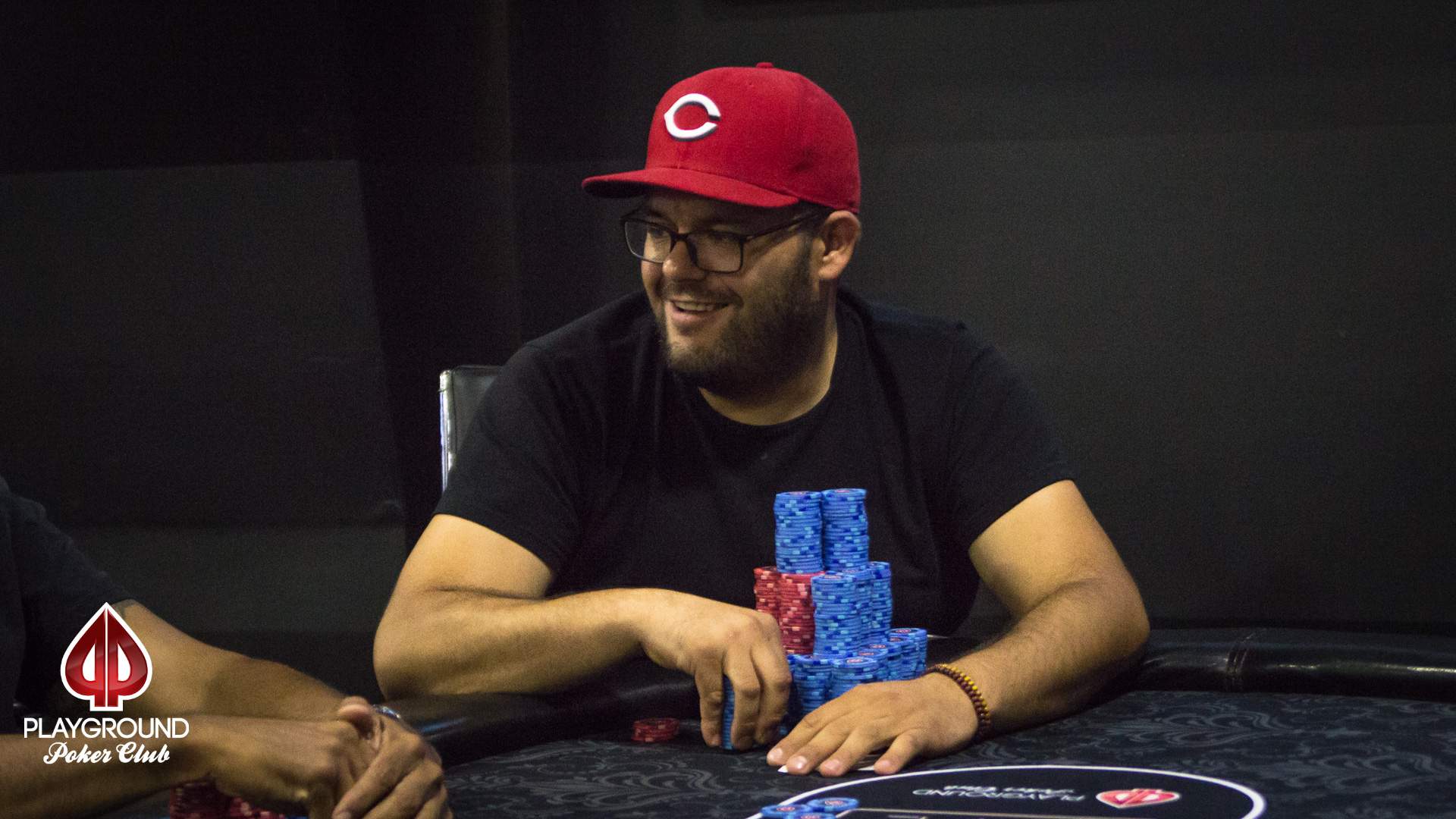 Eddy Gotfryd opened from 250K, and Robert Courrière 3-bet to 500K from the blinds. Gotfryd called and they went to a flop. Both players checked it. On the turn, bets escalated and both players ended up all-in.

Gotfryd was behind, but in good shape compared to his flop situation. He had 10 outs for a win and 3 for a chop:

was definitely not what Gotfryd was hoping for.

Shortly after, it was Eric Halaby who bit the dust. After doubling his micro stack with tens, he found himself in preflop showdown with the man who can’t lose one, our chip leader Robert Courrière.

Daniel Gagnon had been struggling to get something going in the last level, but he did manage to buy the blinds once or twice. This time, his shove was not getting passed Robert Courrière.

Gagnon was drawing dead on the turn, and walked away in good spirits. He takes $2,730 for his 6th place finish. Congratulations!

Moments before Gagnon’s bust, we witnessed the fold of the year. Eric Al Halaby limped in and saw a flop with both blinds. Eddy Gotfryd, first to act, dunked 500K, a slight over bet. The big blind folded and Halaby, after thinking for some time, announced fold, but showed his hand:

Gotfryd congratulated him for the fold and opened

! The crowd was speechless.

When Robert Courrière opened to 225K from a late position, Miguel Goncalo went all-in for less than twice that amount. He figured, rightfully so, that his hand fared quite well against Courrière’s range, but when the action got back to the raiser, the call was instant, and Goncalo got the bad news.

The flop came with some hope for Goncalo, but the desired upset did not complete. He left in 7th position, cashing $2,280. Not a bad payday!