The final table of Event #9 – a $100 + $10 Deepstack Turbo event in the June Power Weekend – was an extremely fast affair. During the time it took to prepare the final table post, the first 5 players were already eliminated, as mentioned earlier tonight. When we did return to the table, the 5 players had decided on an ICM chop. Specifically, they chose to reserve $250 for the eventual winner while dividing the rest of the prize pool according to ICM values.

Once the deal was done, things moved along even more quickly. In less than 2 orbits, 2 of the remaining players were eliminated and just David Bonneau and Michael Chouinard remained – and David had about a 2:1 advantage in chips. It only took two preflop raise-and-take-it hands before the chips got in the middle, and Michael got it in good:

The flop had bad news for Michael, however:

– David had made top pair, and there were no hearts on board to give him a bigger sweat, Michael was drawing dead to a King or running treys. The turn suddenly – but too late – presented a heart: 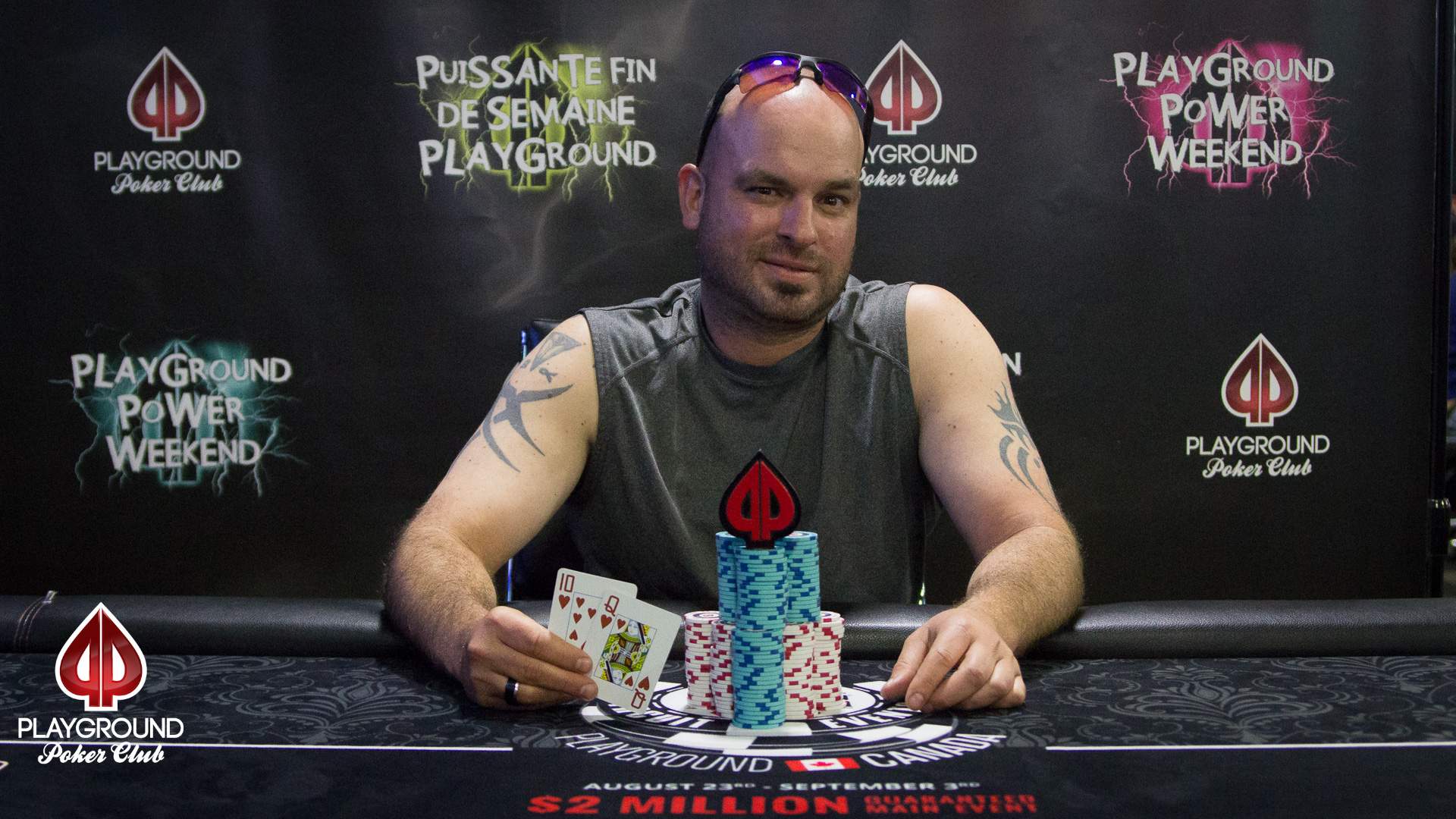 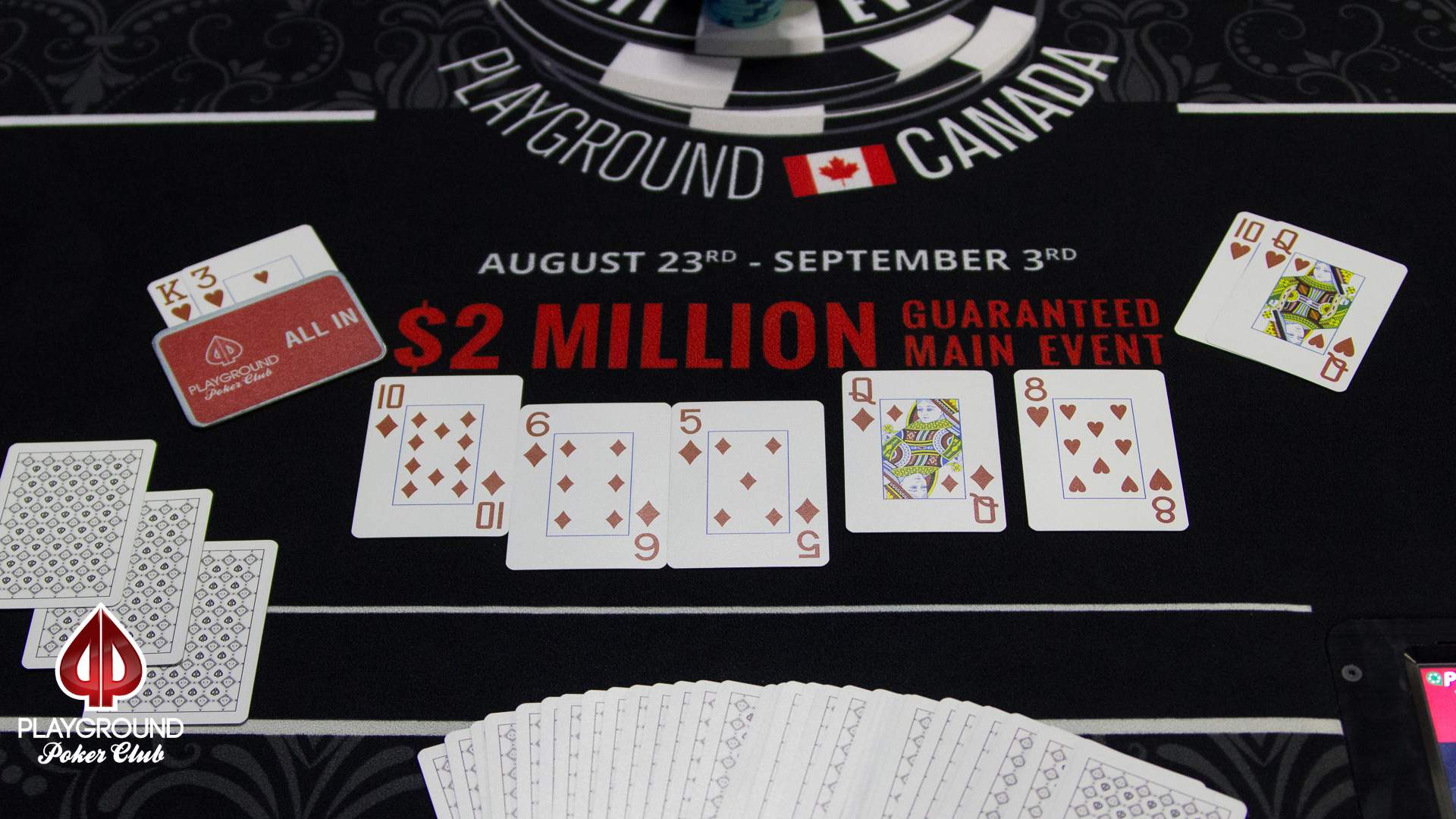