Danny Freitas looked like he had everything under control for long stretches of play today, but after a couple of rough hands, he called Natalia Nogina’s open shove holding a strong pocket pair –

– only to find himself in dire straits when Natalia hit her

on the turn. He didn’t improve on the

river (the flop had been no help –

) and that was the end of Danny’s tournament. 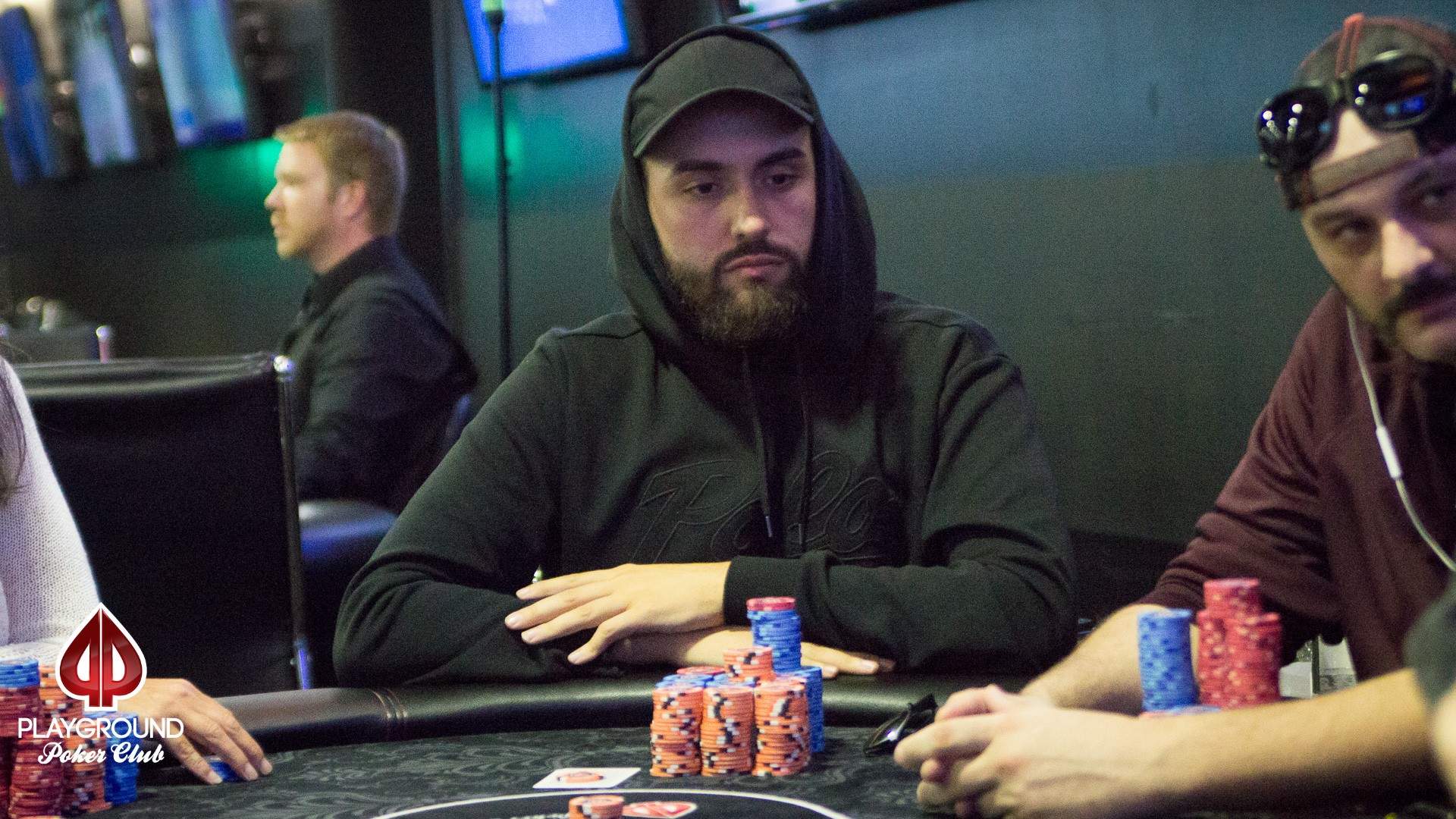 Giuseppe Niro has been eliminated in 8th place and Charles Bidwell in 7th in the Colossus.

after shoving 2.2M from the sb over Trevor Delaney’s button raise – only to find that Trevor was holding

. The board runout was all baby cards, but none of them hit Guiseppe’s six and he was out in 8th.

Charles Bidwell went out very soon after that in 7th place. Again it was Trevor that eliminated him, and he has once again established a dominant stack – he’s approaching 25M in chips. 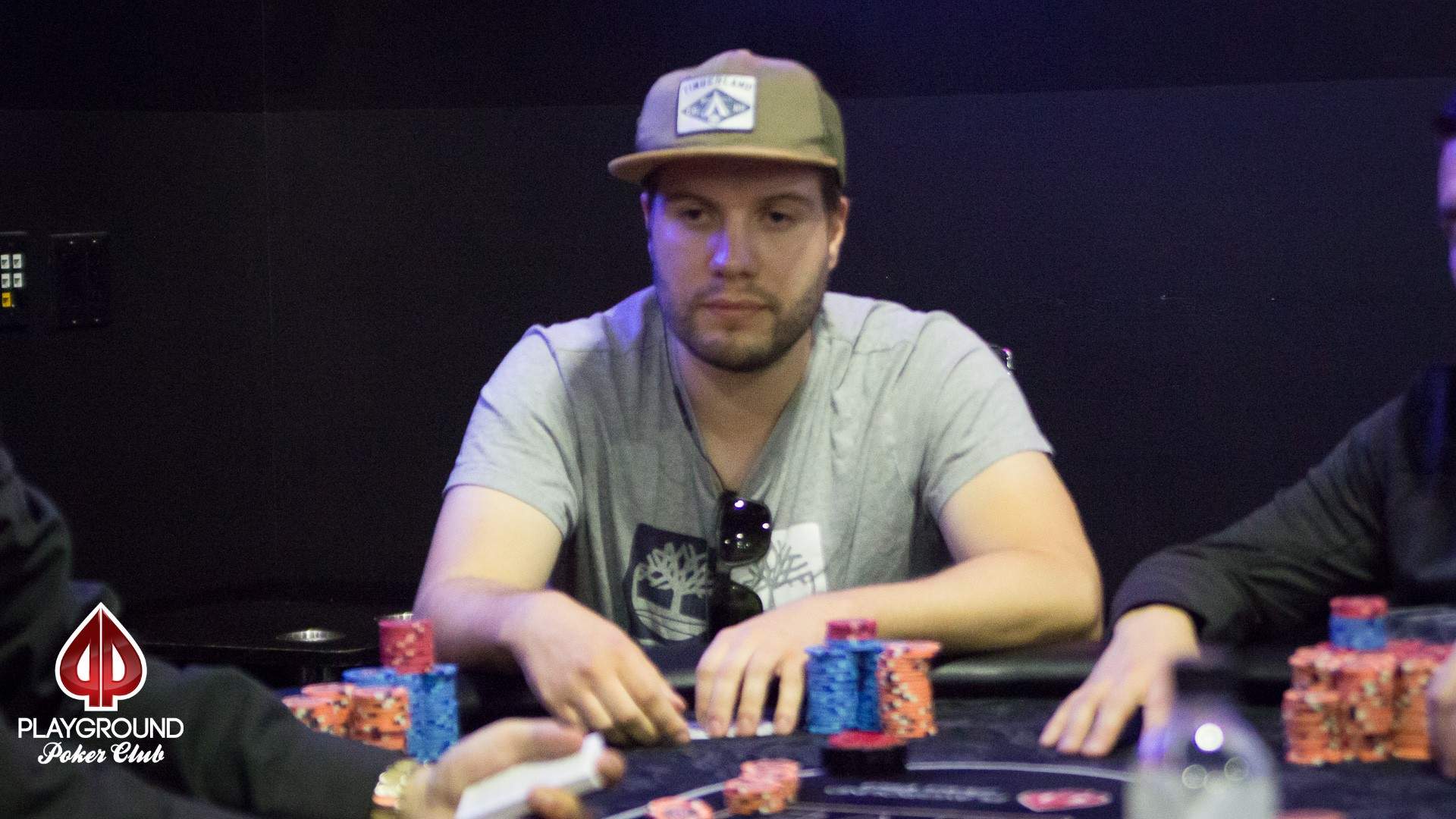 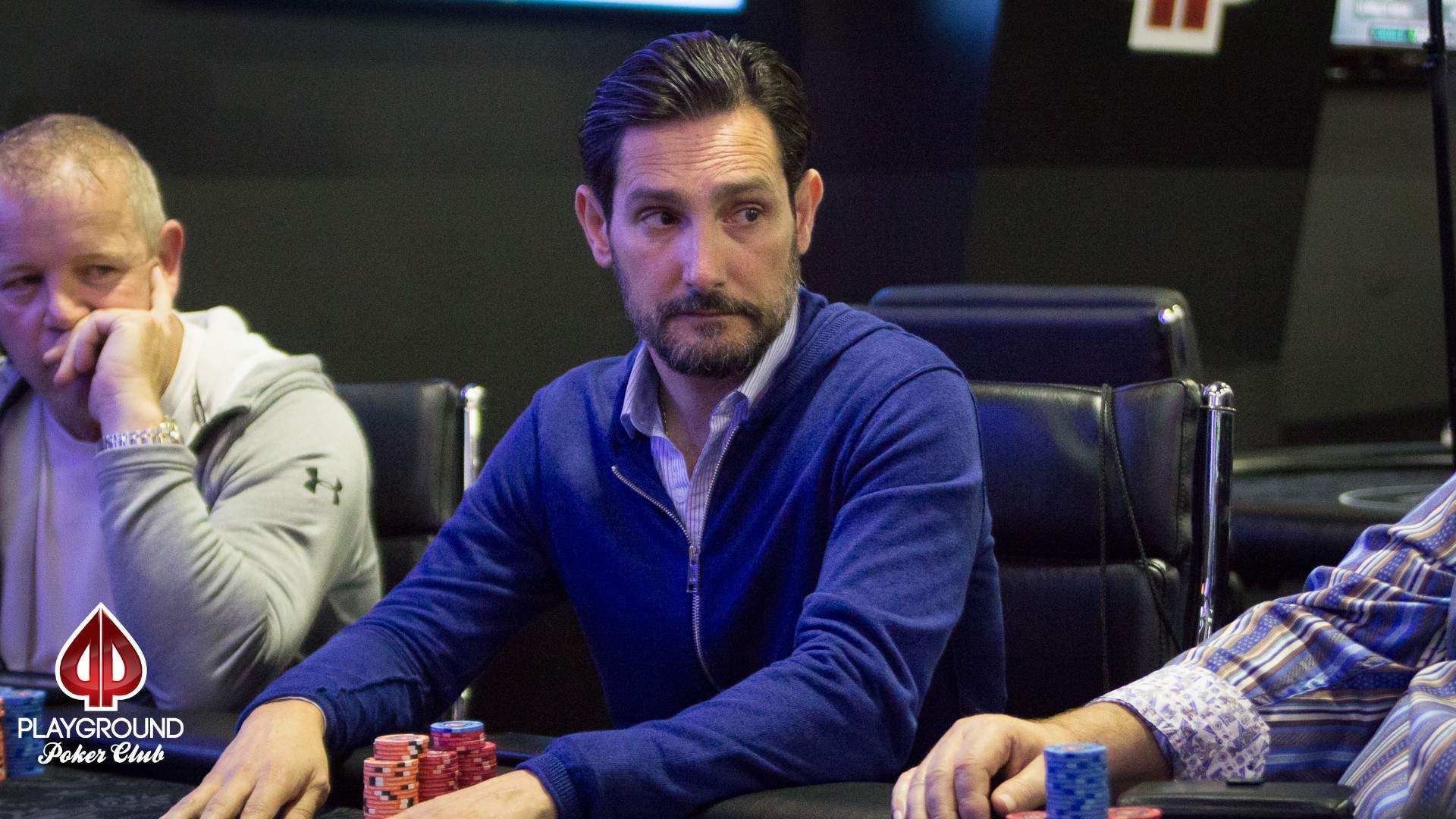 We missed the hand in which Nicola Basile was eliminated, but he took the 9th place prize in the opening hands of the final table.

During the break immediately following the Delaney/Nogina hand, we got counts for the entire final table to give an update on where the remaining players stand relative to one another’s stacks.

Trevor Delaney is back in health on the final table of the Colossus as he has just won a huge hand against Natalia Nogina to double up over 12M.

We arrived at the table on the turn, with the board reading

and an opening bet of 800K in front of Trevor. Natalia was considering her action for a short while before she slid out a full stack of 100K chips, with a few blue 25Ks on top to bump it slightly over 2M. Action was back on Trevor – who shoved all in as quickly as physically possible!

Natalia was clearly unsure of what to do, and obviously considered a fold. But while thinking, and counting and re-counting her stacks…. she pulled back the chips from her raise. The dealer and some players noticed immediately, and the floor was called.

But before there was a ruling, Natalia quietly declared, “Call… call.” The hole cards were exposed:

Trevor had turned a set of Queens, while Natalia was drawing extremely thin with her flopped set of Fours! Natalia couldn’t make quads on the river and just like that, Trevor is back among the tournament leaders.

For the record, the floor ruling would have been that pulling back the bet stack would commit the player to a call.

Play in the Colossus is down to 9 players – it’s time for the final table! Tournament staff has redrawn seats as the remaining players will play down to a champion on a single table – they’re playing for the big prizes now! The min cash on the final table will be $10,000 – so everyone is now guaranteed to make at least that sum – but possibly much more. The top prize is $155,000 – and most of the players will doubtless be looking to take down the top prize, not a prize “along the way”.

Trevor opened the action from utg with a raise to 430K and then Jason went all in with is 26bb stack and action folded back to Trevor. He thought about it for a spell, but never seemed close to a fold. He did in fact make the call.

With two suited over-cards, it was about as favourable a race as possible for Trevor. However the flop of

had nothing in it, and the turn

gave Jason the hand and a double up to around 11M (once the blinds and ante are considered). 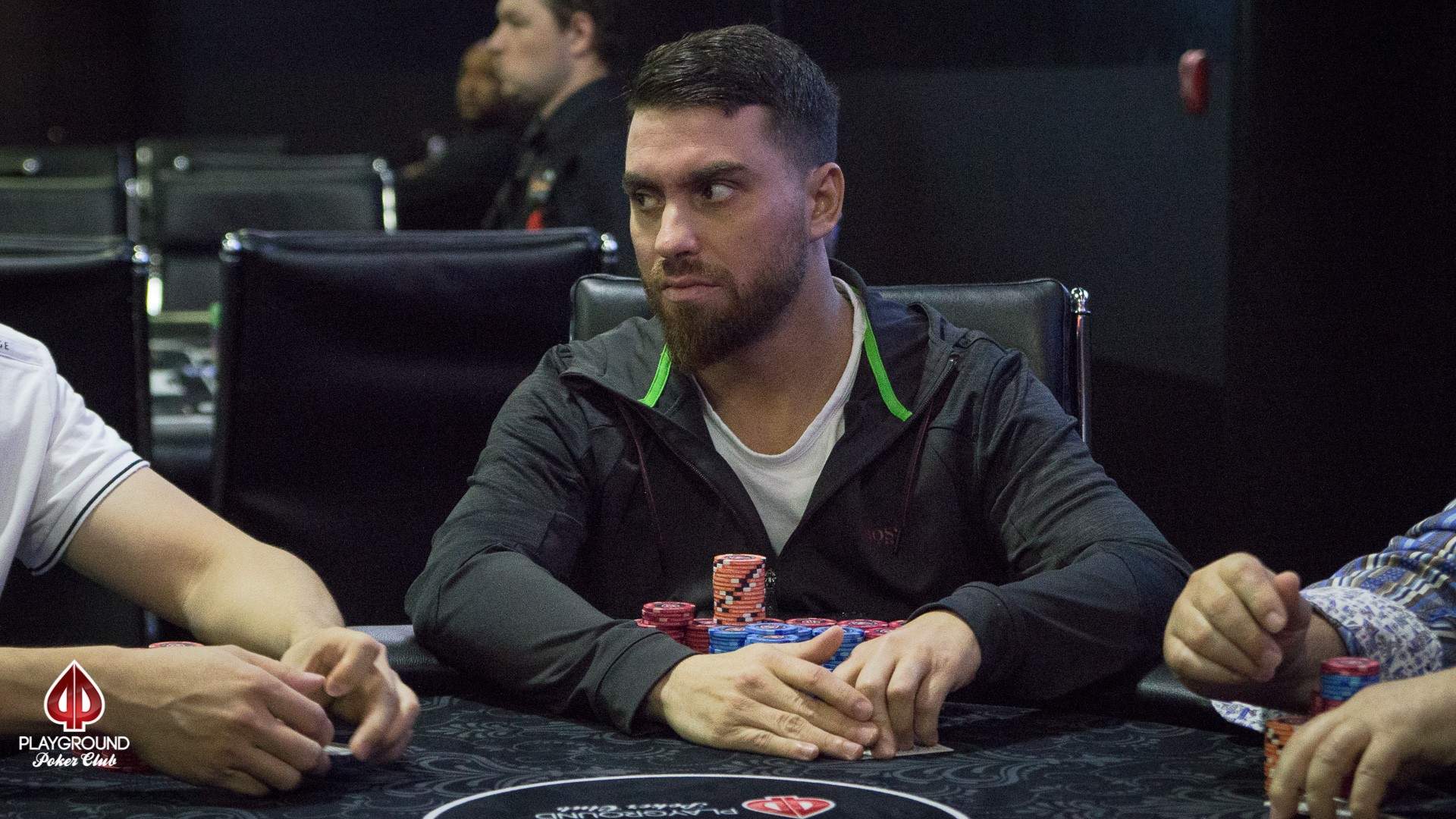