Day 1C of the Playground WSOP-C 2018 Main Event got underway at 12:00pm today and has just now come to a close in the Tournament Hall. They played ten 60-minute levels today, as is the case in each of the Day 1s in this event. All Day 1’s run for 10 levels. Days 2 and 3 will play 10 levels. Day 4 will play until we crown a winner.

Once the final hand was completed on the day, a whopping 163 players remained, each of whom has now qualified for Day 2 in the tournament, which gets under way Saturday, September 1st at 12:00PM

Jishant Sapra was off to a great start, and stayed on the leader boards all day. By the first break, he was barely 5K behind chip leader Dylan Maille Thibault. Even though we had 300+ active players at that time, both players were among the only 5 players with a six-figure stack. When the second break rolled around, Jishant had amassed no less than 308,000 chips, more than 5x the average, and twice the chips of his closest competitor.

By the dinner break other players were starting to emerge as leaders as well, including Raichura Kalpesh, who held the 6th position. At the final break of the day, Raichura was now chip leader with a little more than 300,000 chips and Jishant was down to fourth place. But the numbers didn’t mean much since barely 50K separated the first 6 players on the leader board.

Players are slowly exiting the Tournament Hall as the tournament staff take care of the bagged chips and verify counts. The final counts for the day have been published on the Main Event Combined Day 1 Results page.

Congratulations to all who have made it to Day 2!

There are now only 45 minutes left, in level 10 of Day 1C of the Main Event. We currently have 196 players remaining of the original 456 entries (which includes 76 re-entries).

In previous flights, 203 players qualified through Day 1A and 1B. So we are looking to almost double that number with flight 1C alone.

Here are a few more photos of the players taken in level 8.

With 208 players remaining, the Main Event Day 1C flight went on a short break. We hit the floor curious to see how our chip leaders were doing, and see if new faces were emerging with sizeable stacks.

Kalpesh Raichura has climbed his way to the top of the leader board, with a stack of 306,700. It’s a very tight squeeze because barely 50,000 chips separate the top 6 chip leaders.

With a little more than 1 hour to play in today’s flight, the players are starting to see the light at the end of the tunnel. Players still standing after the bell rings at the end of level 10, will get to bag their chips for Day 2. 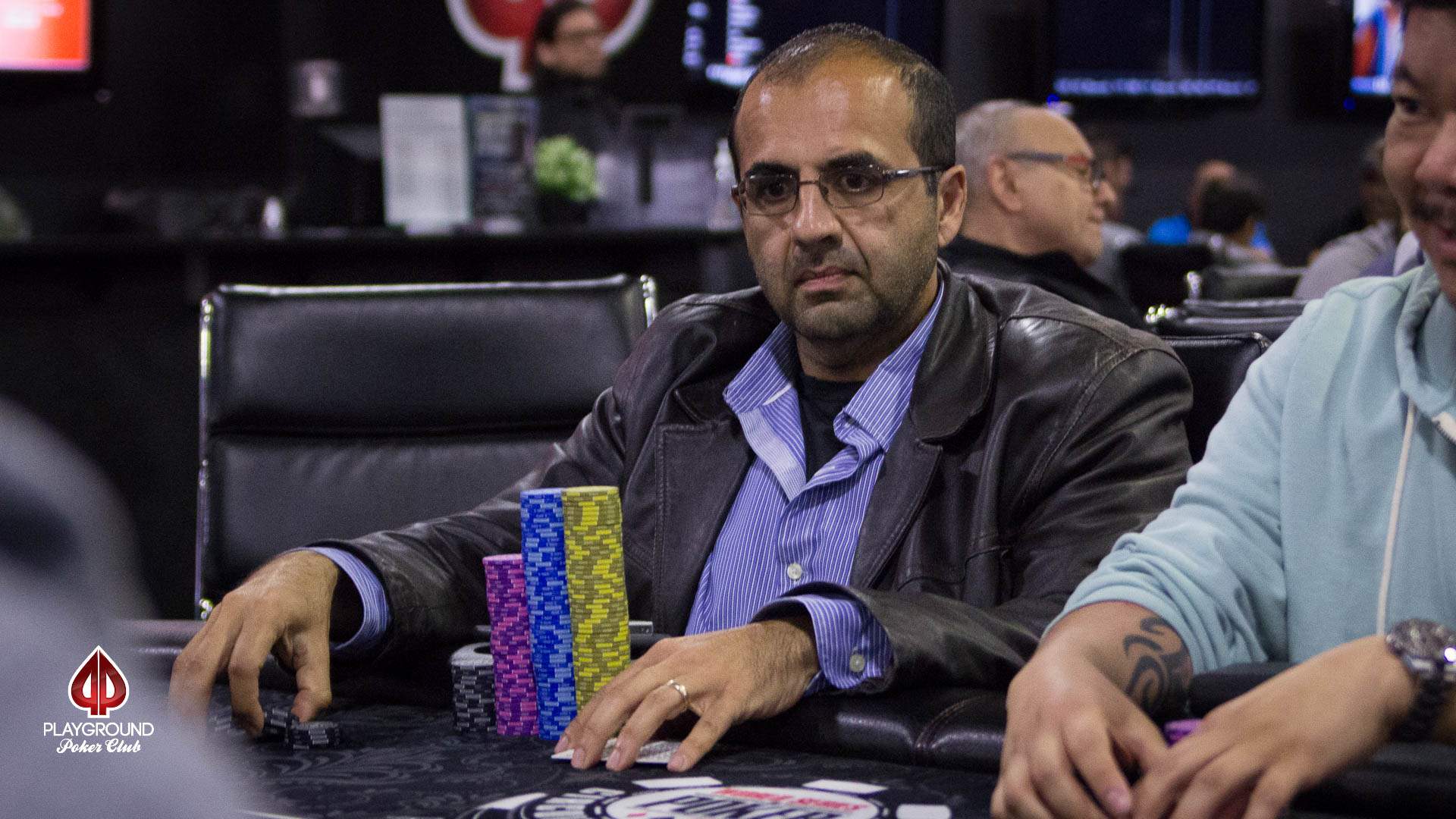 Here are a few photos of the players taken in level 7.

The players of the Main Event Day 1C are taking a 45-minute dinner break. This gave us some time to make the rounds and see how the chips are stacking up.

Current chip leader Jishant Sapra is maintaining his lead and is still in 1st position on our leader board. But unlike the last break, this time the other leaders are not that far behind.

Complacency is never an option in poker, and this holds true of this flight as well. Players have another full 4 hours of play left before the Day 2 bags come out.

We now have 282 players left of 423 entries, including 55 re-entries in this flight. 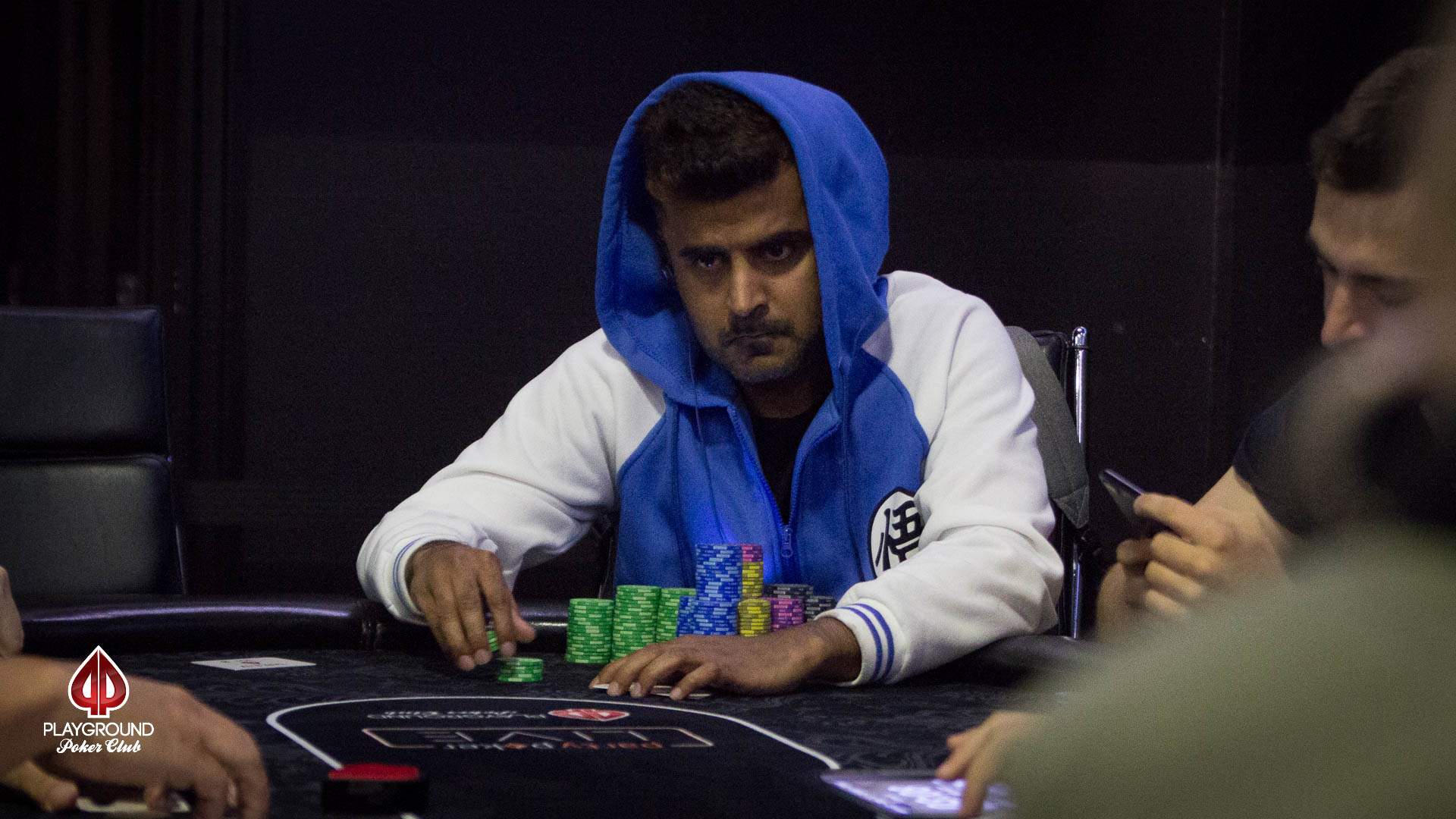 The number of entries has just passed the 400 mark, putting over 20 million in chips in play on Day 1C.

The Main Event’s format-allowing a full day of late registration and re-entries-has clearly been embraced by the players, as they continue to jump in to this event as we approach the midpoint of today’s starting flight.

The action has been loosening up throughout the flight, bringing the number of re-entries up steadily to reach 44 at this stage.