When play got to the money, Pierre-Olivier Adam was already the chip leader, and never let go of his position. A few familiar faces were seen on the final table, including Jean-Pascal Gauthier, Isham Yamani, Olivier Lamarre, Gary Lucci, Mitchael Ferguson and staff member Marc Chanthamynavong.

When 3 players were left, Marc managed to double through Mitchael, leaving him with nothing but a few chips. When he put them in, he found that he had 2 players to beat to stay alive.

Marc called his micro shove, then Pierre-Olivier made it 173K to go. Marc called the bet, then both players checked the flop. Marc threw in a 150K bet on the turn, which was called, and fired all-in on the river, which was also called by Pierre-Olivier, who had just rivered a straight (full hand below).

Marc Chanthamynavong won $2,302 for his great final table run, while our Champion took home $2,980 and the stunning Champion’s Trophy. 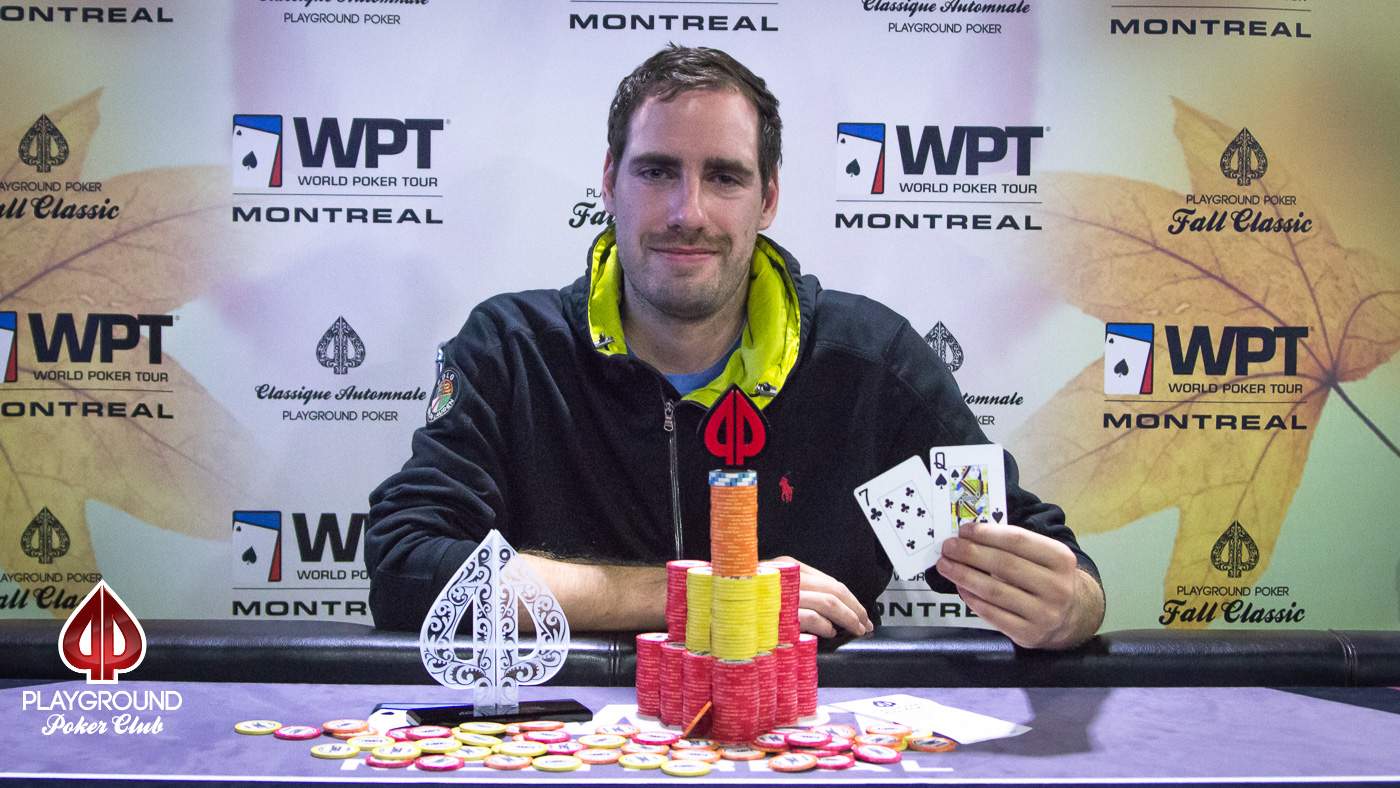 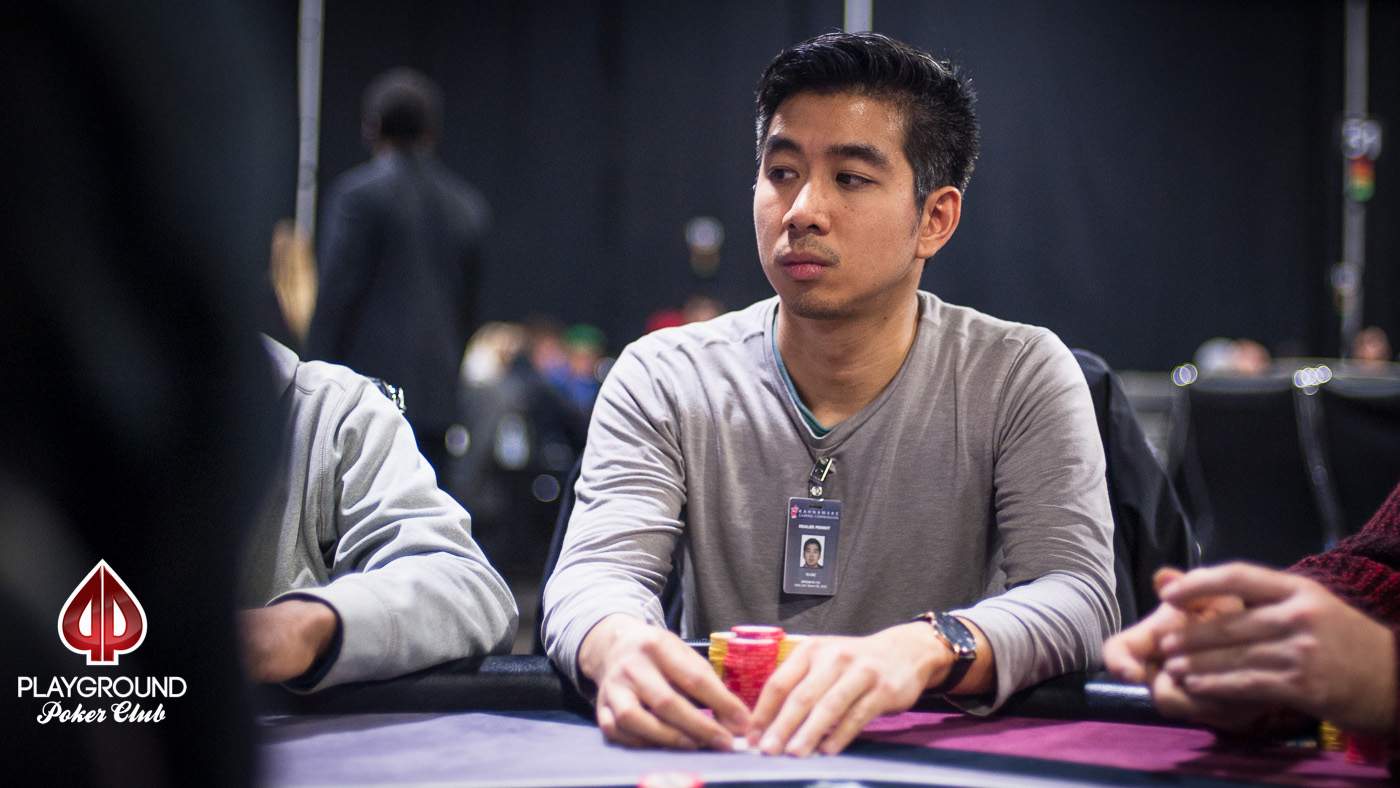 When Gary Lucci put in his last 151K, he was called by both Marc Chanthamynavong and Pierre-Olivier Adam. They both checked a few times, until Pierre-Olivier bet the river, making Marc fold.

Pierre-Olivier had runnered 2 spades for the flush. Gary takes $1,660 for his 4th place finish. Pierre-Olivier, who was already far in the lead, now has a true grip on the Champion Trophy. Unless a miracle happens, it is going to be a race for 2nd between Marc and Mitchael Ferguson. 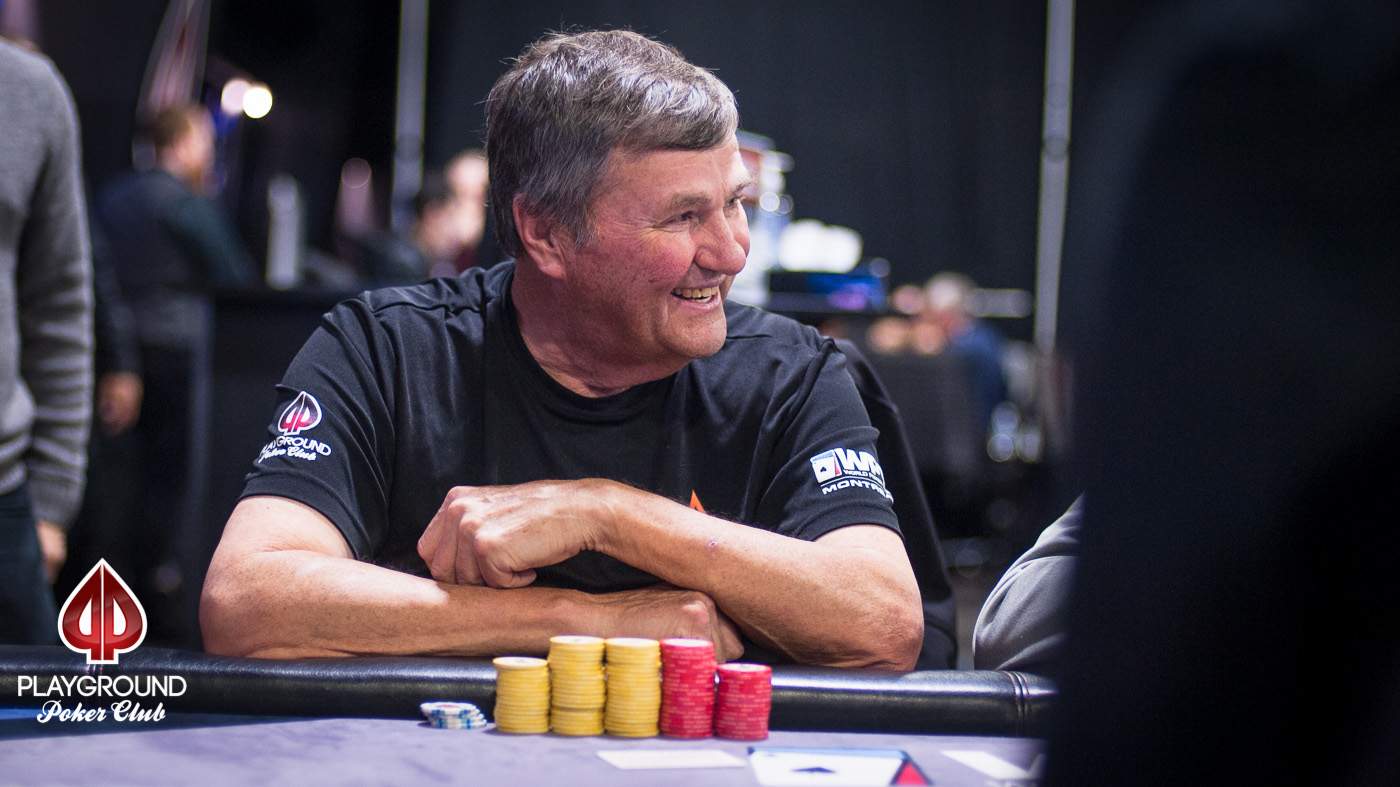 When we got to the table, the pot was already built with many chips of various colors, and Isham was facing a 225K bet that effectively put him all him.

After some thinking, he decided to commit the rest of his chips to the pot, and Gary Lucci showed a set of 5s, hit on the turn. Isham’s ace-ten had hit a second pair on the flop, and we can imagine that much of the chips had been pushed before the turn came out, hence the grunt that our 6th place finisher let out.

Isham Yamani took $740. Olivier Lamarre finished shortly after, and his 5th place is good for $940.

They both add a handful of Bounties to their winnings. Good job!

After a quick series of all-in action, Jean-Pascal Gauthier (10th), Mathieu Bergeron (9th), Marc Lacroix (8th) and Janendra Mahendra Rajah (7th) busted from the final table. Pierre-Olivier Adam is still our chip leader with about 700K, but Isham Yamani is not far behind. Gary Lucci has about 400K, good for 3rd place at the moment.

The final table of Event 16 is now set, and cards are in the air!

The money bubble has burst in Event #16, and with this milestone now behind them, play has loosened up and we should be reaching the final table very soon. Isham Yamani has claimed the chip lead after doubling through Pierre Olivier Adam in a clash of the titans, and he nears the 500K mark here in level 18.

Below are some photos of in-the-money players: