Commemorate your trip to the WPT Montreal with a T-Shirt, jacket, or hoodie, and while you’re there you can pick up some Playground Poker Club merchandise as well!

One of the promotions available to players leading up to the WPT Montreal was called Snap, Share, and Win. To participate, there were various ways that someone could accumulate entries in a draw, and then we drew 10 names to participate in a freeroll tournament with a huge prize – a $5,000 WPT Montreal package including a seat in the event and Tournament dollars.

The freeroll was held on Wednesday evening, and the winner – over a field that included some very talented players – was Pierre-Olivier Adam. 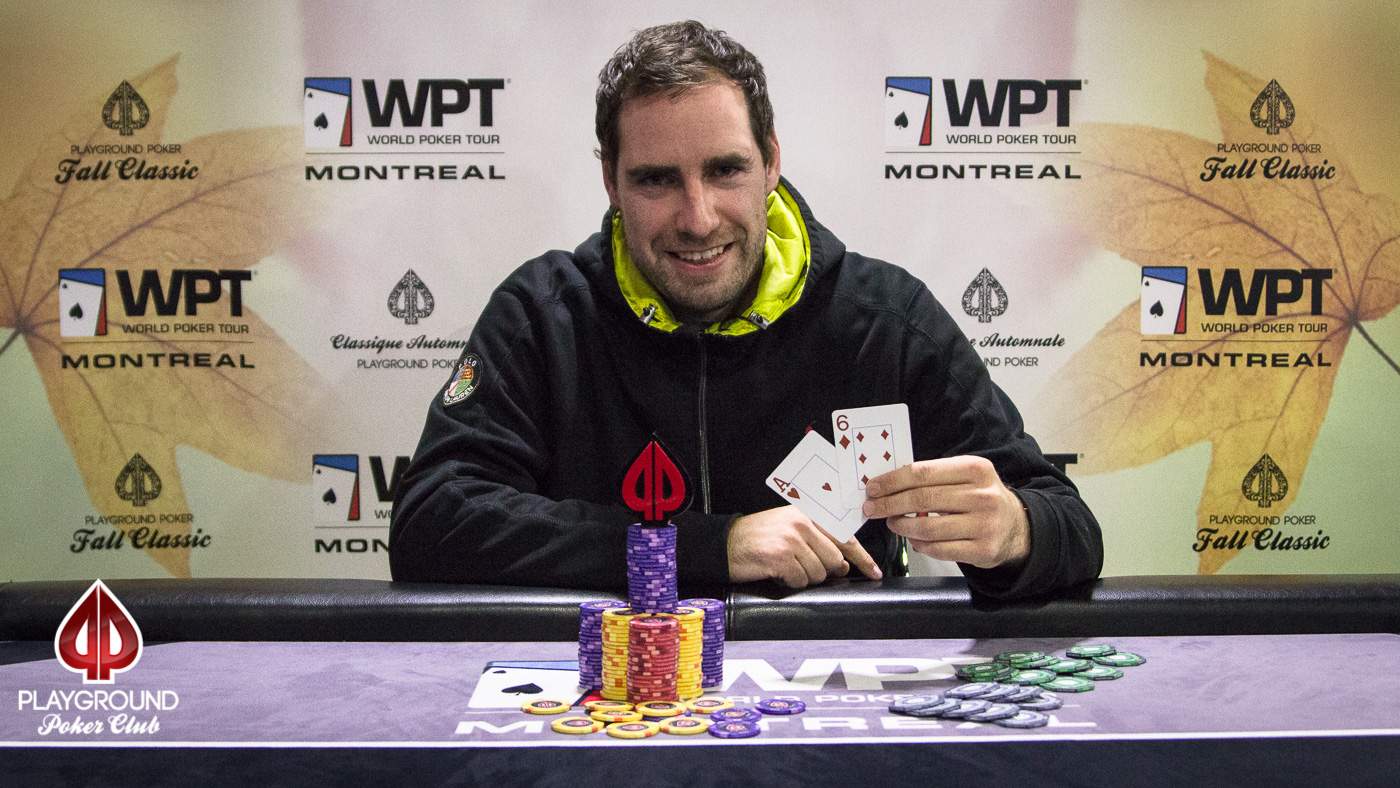 We’re in the midst of the Fall Classic, but coming in December is Playground Poker Club’s 7 Year Anniversary series, featuring the Playground 500.

The Playground 500 is a $500 + $50 NL Hold’em event with an Online Day 1 on partypoker and 3 Live Day 1s here at Playground Poker, and the tournament features a massive $250,000 Guarantee! There are many ways to qualify for the event for less then $550, but perhaps the best way to secure a seat in the event will be to win your way in on partypoker.

Daily online satellites are on now, starting with a Centroll at 6:00pm, which auto-registers qualifiers into a $5.50 Semi Final Phase tourney at 7:00pm. Qualifiers will continue by taking their Semi Final Phase stack forward to a $55 Satellite every evening at 9:00pm with 2 Playground 500 seats guaranteed.

Something uncommon for this event – if you win multiple online satellite seats, they ARE transferrable! You have to play your first seat, but any additional seats may be transferred. 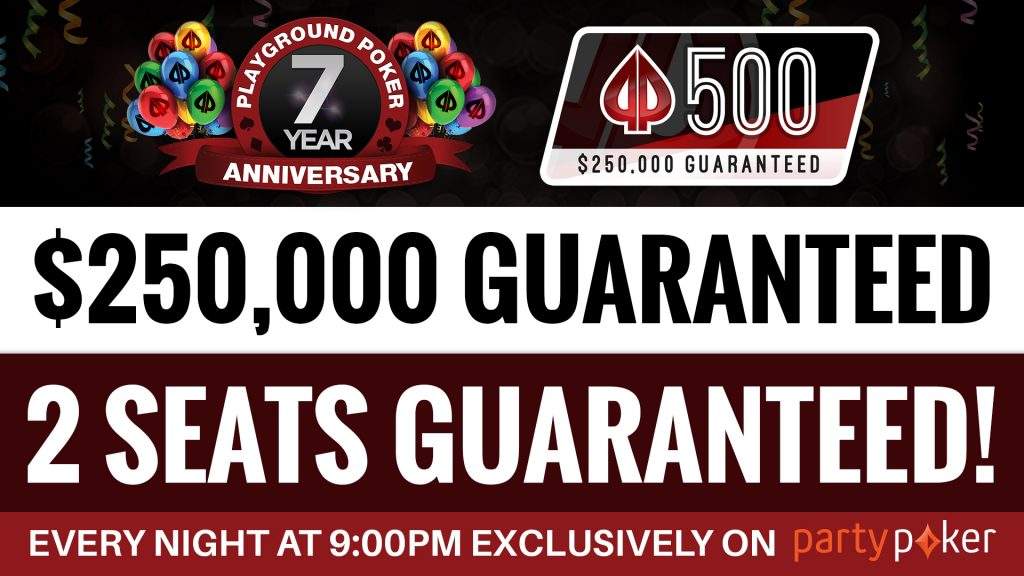 If history is a guide, this is sure to be a fantastic tournament. Given the wild dynamics of any bounty tournament, it’s certain to be one of the most fun events on the schedule as the pressure is amped up by such a huge bounty chip. Not only will the “traditional” prize pool be impressive, but the prizes locked up in players’ bounty chips is HUGE!

This is a one-day event and blinds throughout will be 30 minutes in length and players start with a 25K stack. As is the case for all events with a buy in of greater than $500, late registration will be available through the first 6 levels of the tournament, which means that players have until 2:15pm to join in the fun – and we expect to draw new players right until the end of late reg.

Good luck on the felts!

The 50/50 Bounty formula has proven to be very popular here at Playground Poker Club, and tonight’s tournament was a prime example. 207 players came down on a Tuesday night to participate in this $150 + $30 + $150 event, more than doubling the $30,000 guarantee.

Bounty prizes were being awarded throughout the night as players were eliminated, however payouts were reserved for only the top 23 finalists, with a cool $7,000 top prize for the eventual champion. The tournament progressed rather quickly at first, as all-ins were looked upon by hungry eyes, however once the final table was reached play became much more calculated and meticulous.

Although the average stack was becoming quite shallow, play remained passive especially during 6-handed play, which lasted for over 2 levels. Whenever all-ins did occur the short stacks often found a way of keeping their seat.

Daune Fernandez was in the lead for a good portion of the final table, until Jose Mariema won a 3-way all-in during 4-handed play to put him in the driver seat. He went on to eliminate Daune in 3rd place moments later, heading into heads-up play versus Jonathan Marrie.

Jose began the duel with a significant chip-lead, over 5-to-1, but Jonathan found a early double-up to keep him in the running. He then started setting his comeback, chipping up slowly before limping in with

from the button and inducing a shove from Jose, who was holding

. With more than half the chips in play, Jonathan was poised to take over the chip lead, until Jose caught a runner-runner flush on the

board to claim the win in the tournament. 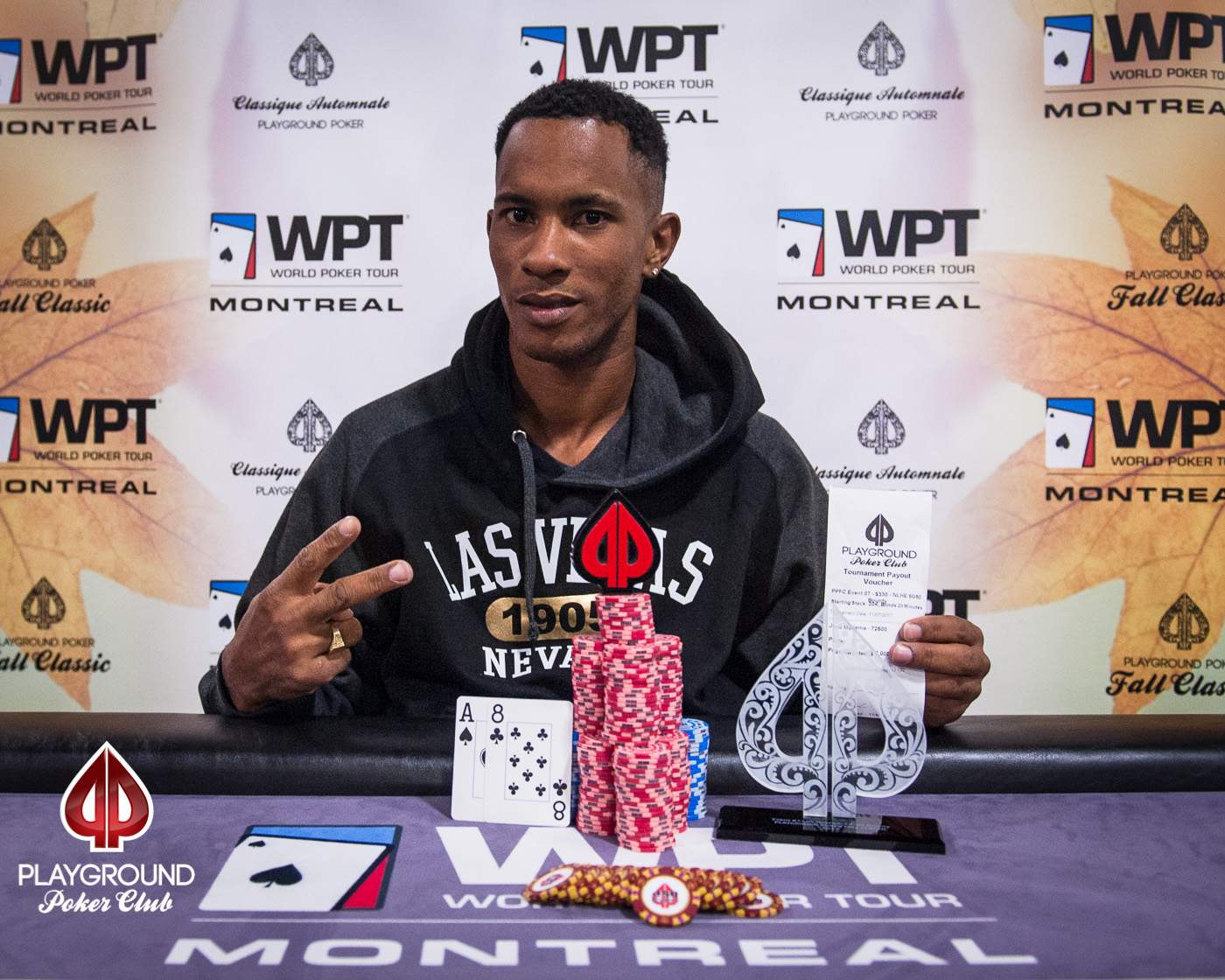 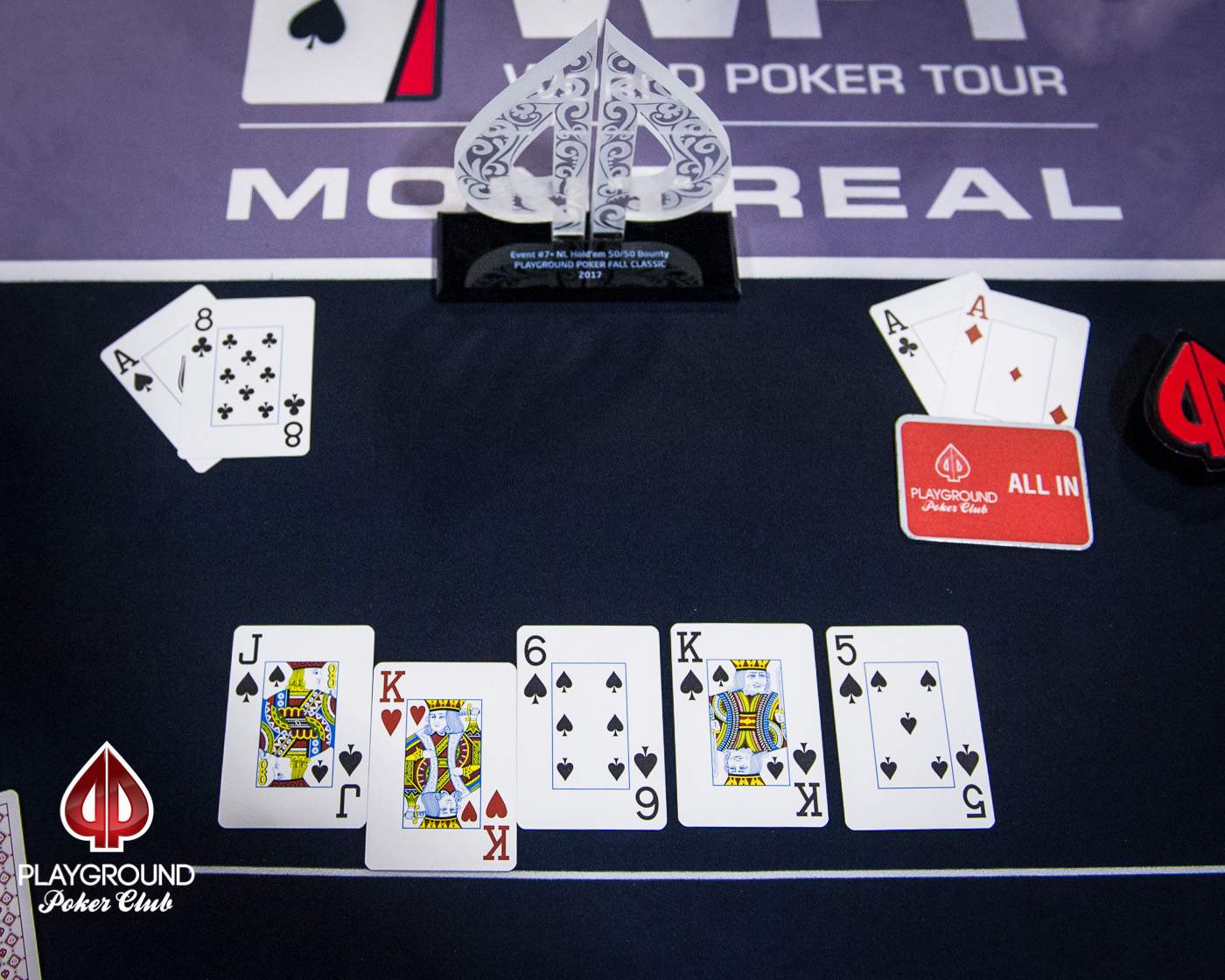 Event 6 was a $500 + $50 NL Hold’em 6-Max tournament that attracted a field of 181 runners. A lot of familiar faces were scattered across the room, both professional and recreational, making up a strong field filled with landmine players.

The top 23 places had a payout reserved, including a top prize of $22,740, and the 7-handed final table included a few heavy hitters, including Joe Tehan, William Molson and Samuel Bisrat Tsehai.

Eric Danis was the chip leader at the time, was awarded a payout of $16,270 in the 3-way deal. Joe Tehan locked in $15,550, while William Molson was secured $13,435. Play loosened up a little after the deal was made, with William finishing in 3rd place, and Joe in 2nd – leaving Eric as the last man standing! 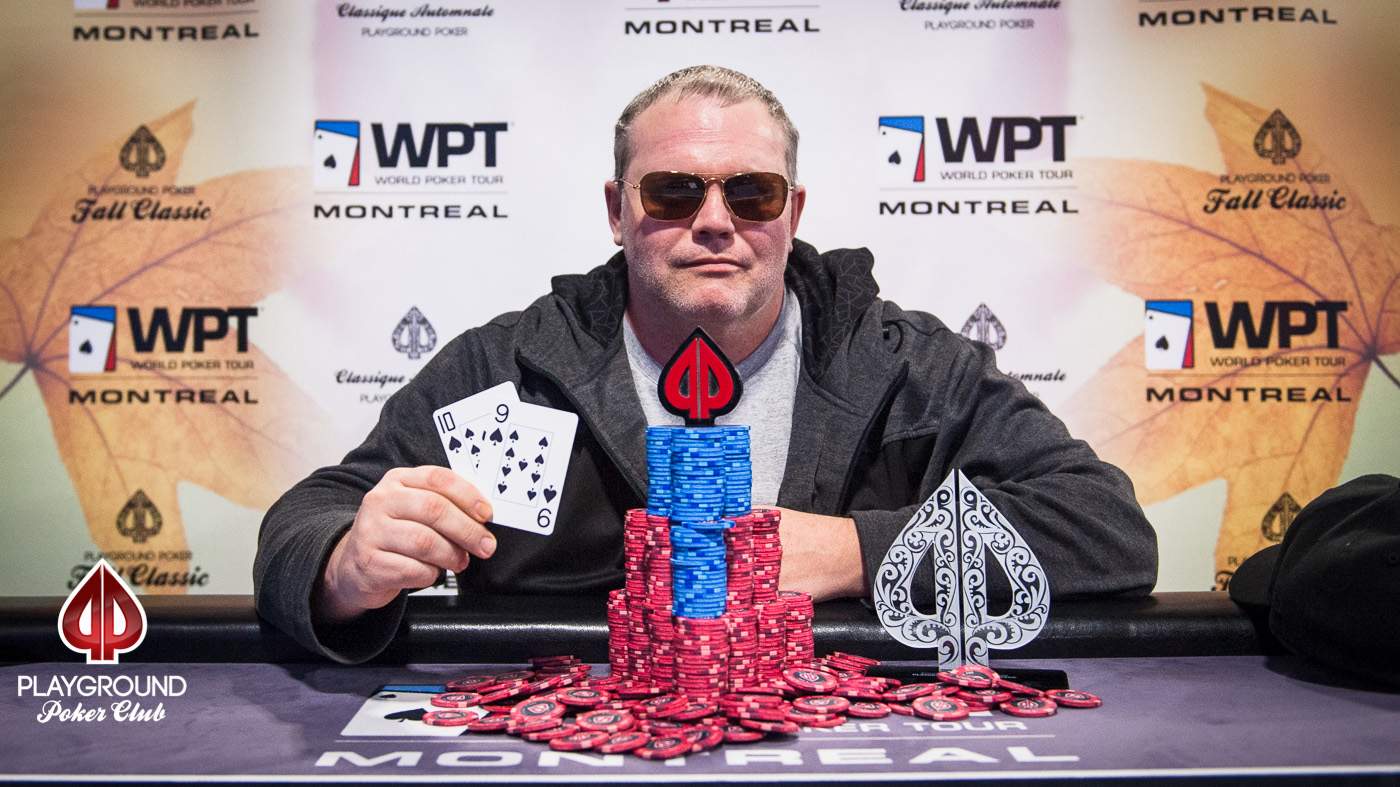 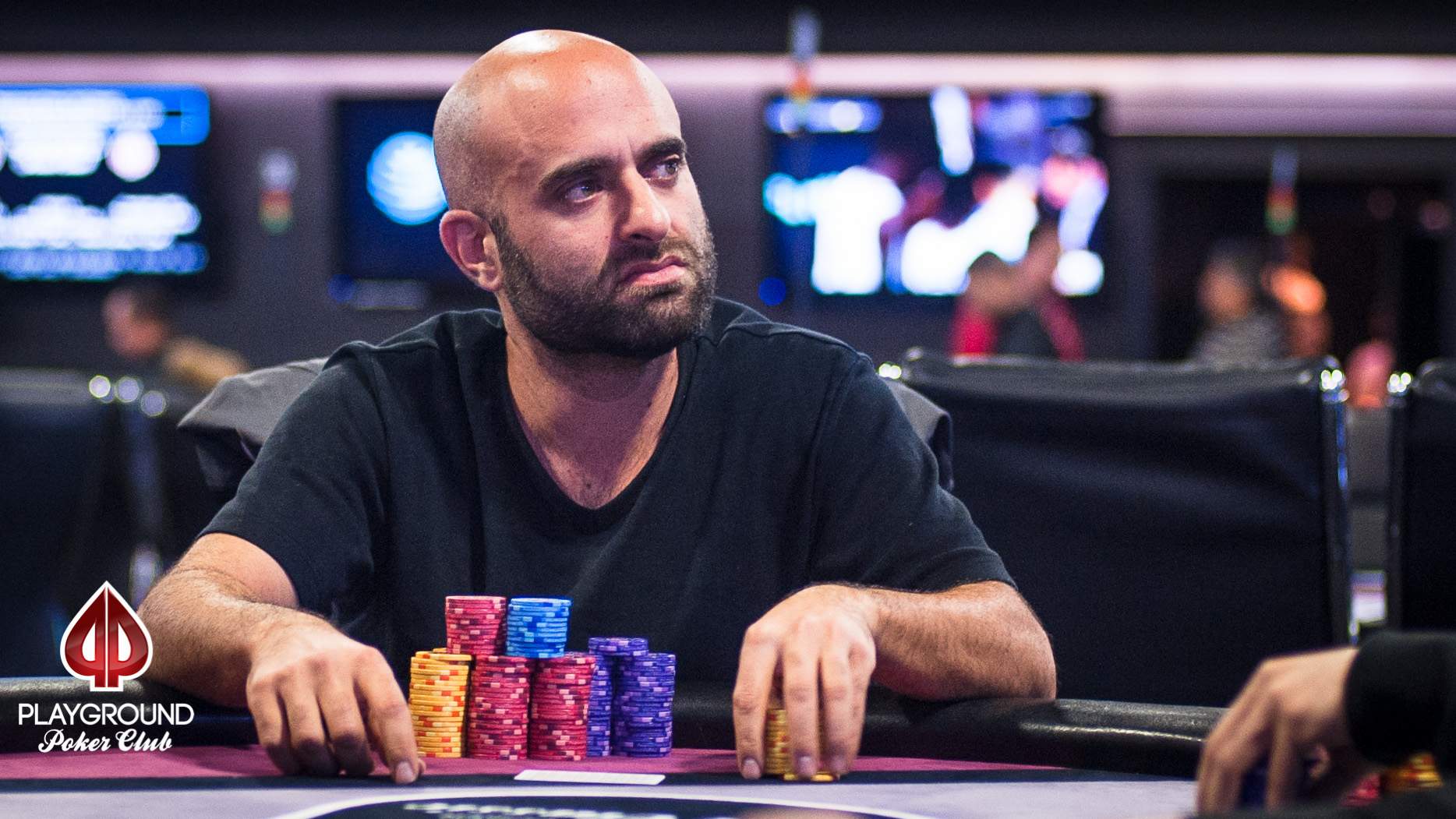 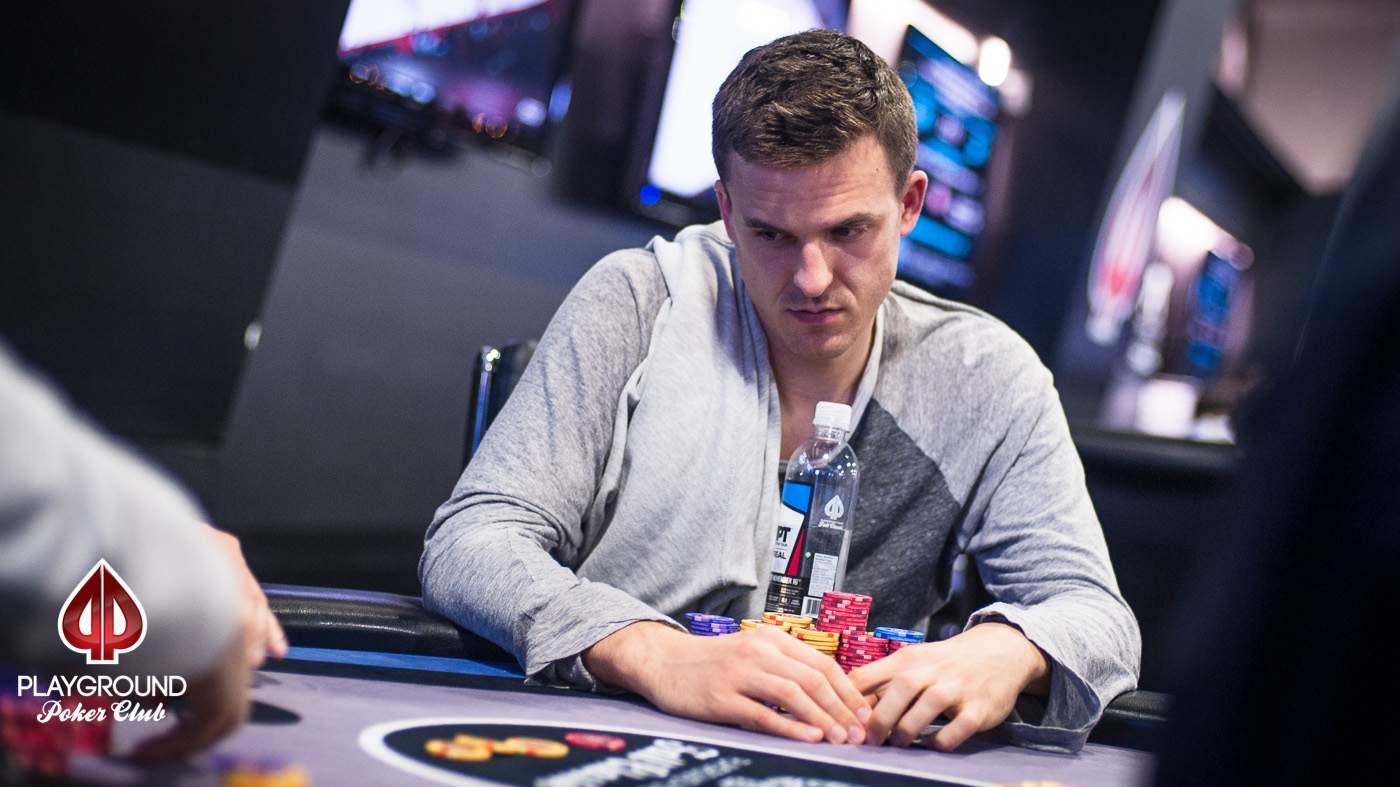