Play in Event #2 of the June Power Weekend has been suspended for the night with just over 25 minutes left in level 26 as the field dropped to 10 players, the number at which the tournament will reduce to a single table.

Once the players had decided to continue after the end of level 24, play resumed quite slowly, but following the next blind increase, enough players were short-stacked that there was no alternative but for the pace to speed up. Finally, Maurice Devereaux was the player eliminated in 11th place, in a two-step affair.

In the first of his fateful duo of hands, Maurice was faced with an all-in bet on the river from Jason Fernandes. Maurice took his time to think through the options, but he ended up making the call only to learn that his

was well behind Jason’s

board. This left him with just over 150K – and the big blind on the following hand. In this case it was John Palmer on the button who raised to 100K. Maurice made the call and the cards were turned over.

to give John aces with a better kicker, and Maurice headed to the Tournament Desk to pick up his payout coupon for $1,140.

The seating draw with official chip counts for the final table will be published a later this evening. Action resumes tomorrow at 7:00pm.

Daune Fernandez has been eliminated in 14th place. He opened the action from utg with an open shove and action folded around to Robert Courriere in the big blind. Robert made the call and the cards were exposed:

The board ran out with nothing for Daune –

and his chips were shipped to his immediate right to join Robert’s stack. Daune takes home $900 for his efforts. 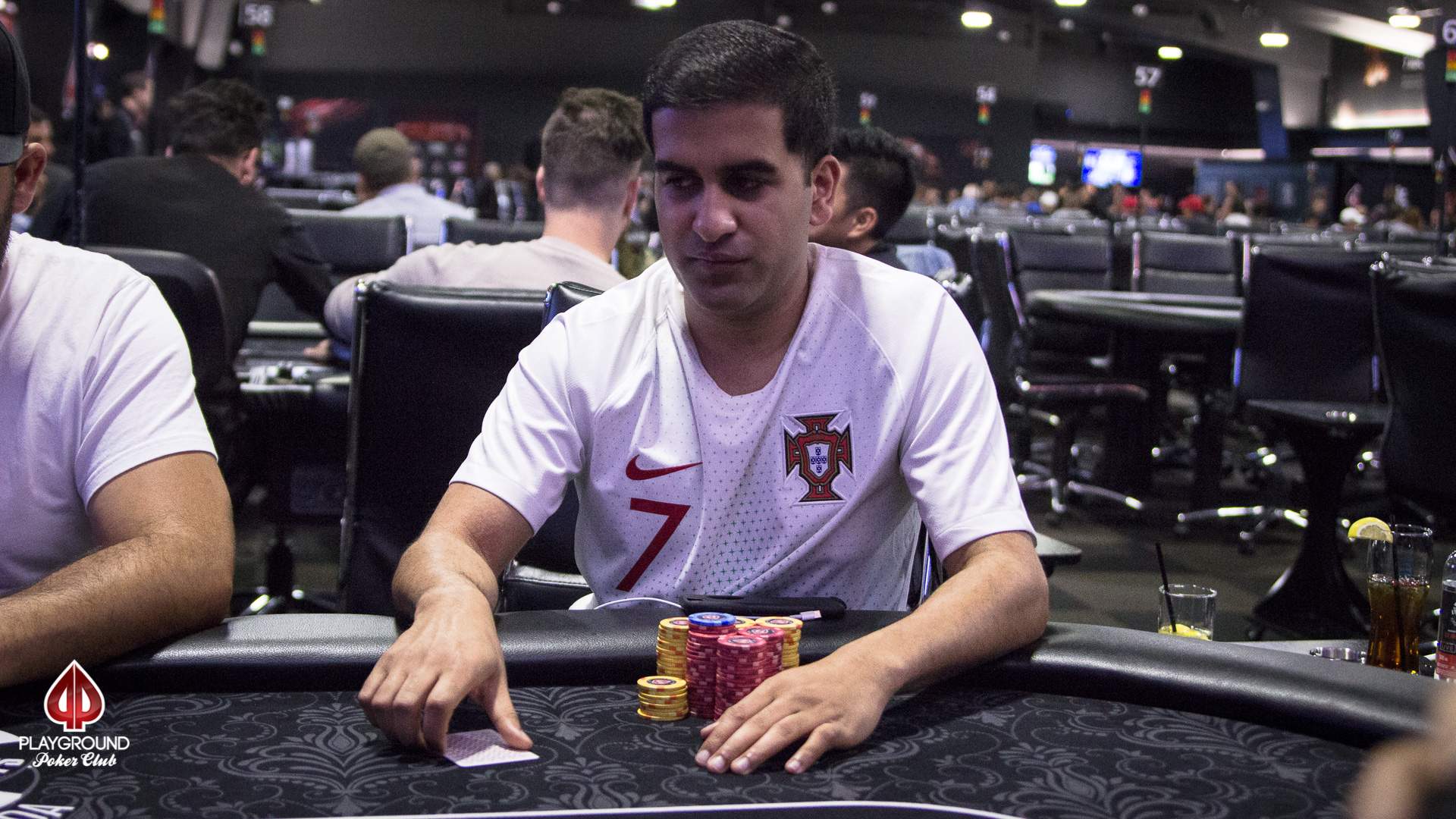 There are just 15 players remaining in Event #2, the Strangers in the Night event, and play now continues in level 25 with blinds at 15K/30K and a button ante of 30K. The current chip leader is Michel Gariepy, who is playing over 1.8M now. Several of the other players are starting to get short stacked as the chips have been circulating around the table rather than accumulating in one or two spots… 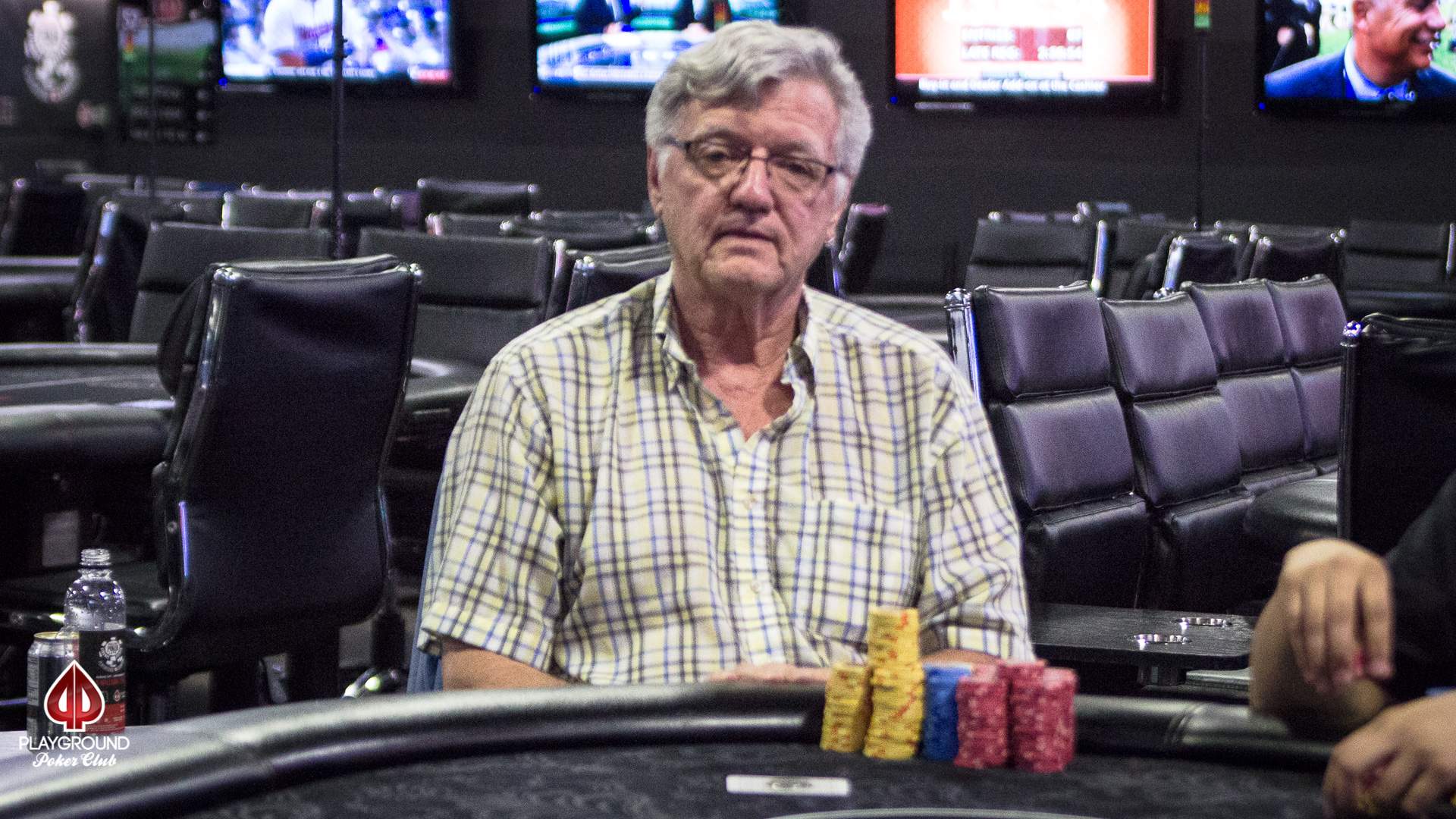 For a tournament player, a soft field is like candy, but an overlay is like a candy store! A Mega Satellite is currently running in Playground Poker Club’s tournament hall, and after 4 levels of play, out of the 220 entries needed, only 82 have taken place!

If you would like to play the WSOP-C Playground, this is your best chance to get in. And don’t forget, you can always sell your seat if you can’t play or you already have one!

The Strangers in the Night tournament was scheduled to play to the end of level 24 today. This level is now underway, but with just 15 players left, those remaining have unanimously chosen to make a slight change to the schedule.

Daniel Gagnon knows how to navigate the end of tournaments like this one – he is a past champion of an event that had a very similar format – and he has just taken out 2 players at once to almost triple up and give himself a shot for the big prizes!

Michael McKinnon opened the action with his all-in raise from utg, and action folded around to Daniel in the cutoff who shoved for just a little bit more. Often at this stage in a tournament that would be the end of it – but not this time. Jean François Beaulieu chose top give himself a shot at a true triple-up from the button. Both blinds folded and with no more action, the hands were turned over.

The tens were well in the lead, particularly considering the other players’ Aces blocked one another, and the flop confirmed the matter:

. Both Michael and Jean François were drawing slim, and the

on the turn gave Daniel quad Tens, which sealed the deal. Fate added insult to injury, however, with the

on the river, giving both players a full house. 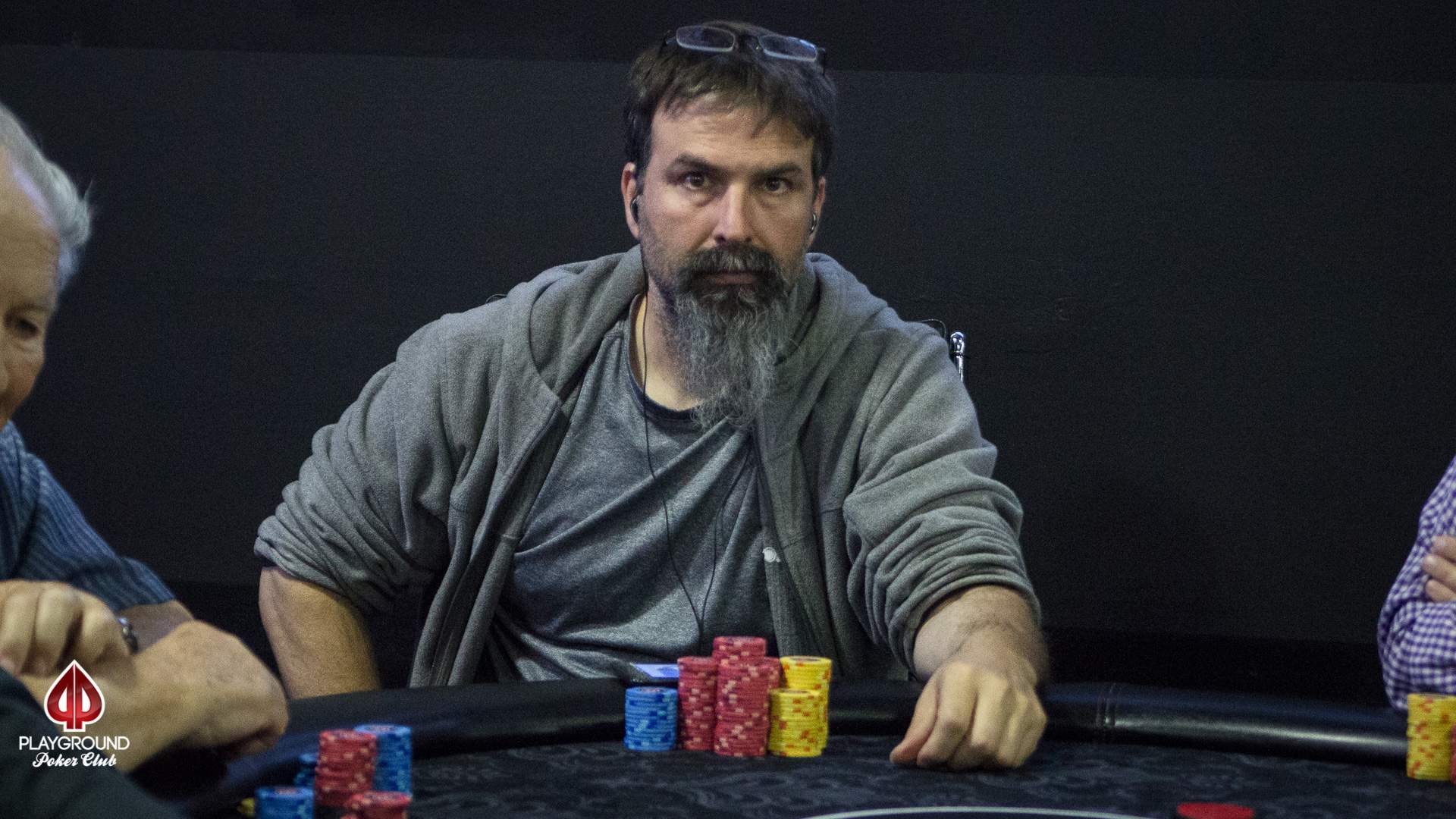