Event 1 was the kickoff event of the Winter Festival 2018. It attracted 670 entries, which took place across 4 Day-1s. The guarantee was missed by a few thousand dollars, and as a result, our players benefited from a tasty overlay. A total of 127 players managed to qualify a stack for Day 2.

Albert Nguyen, the leader at the start of Day 2, made it to Day 3, but was taken out first, after a few minutes of play. Nicolas Laliberté started Day 3 with the most chips, but had to settle for a 7th place finish.

Charles La Boissonnière and Yu Chen Chen impressed many on the final table, with their incessant jabs and overall solid play. La Boissonnière was eliminated in 4th after losing a flip to Hodhod. Bérard followed him – he was the victim of a 3-outer on the river.

The heads-up match, with $3,150 and the Winter Festival trophy on the line, lasted for quite a while. Hodhod was the most successful for a while, grinding Yu Chen down, and again after doubling him up. But eventually, Yu Chen got a hold of his heads-up game, and the match became much more even. They swapped a small lead a few times, until a series of winning hands put Yu Chen in the driver’s seat.

He did not let go, and it is with a firm grip on the match that he went on to claim victory. The last hand was an open-shove from the button by Hodhod. The flip was won by Yu Chen (full hand pictured below). As per the concluded deal, Hodhod took down $15,000, and Yu chen took $18,150. 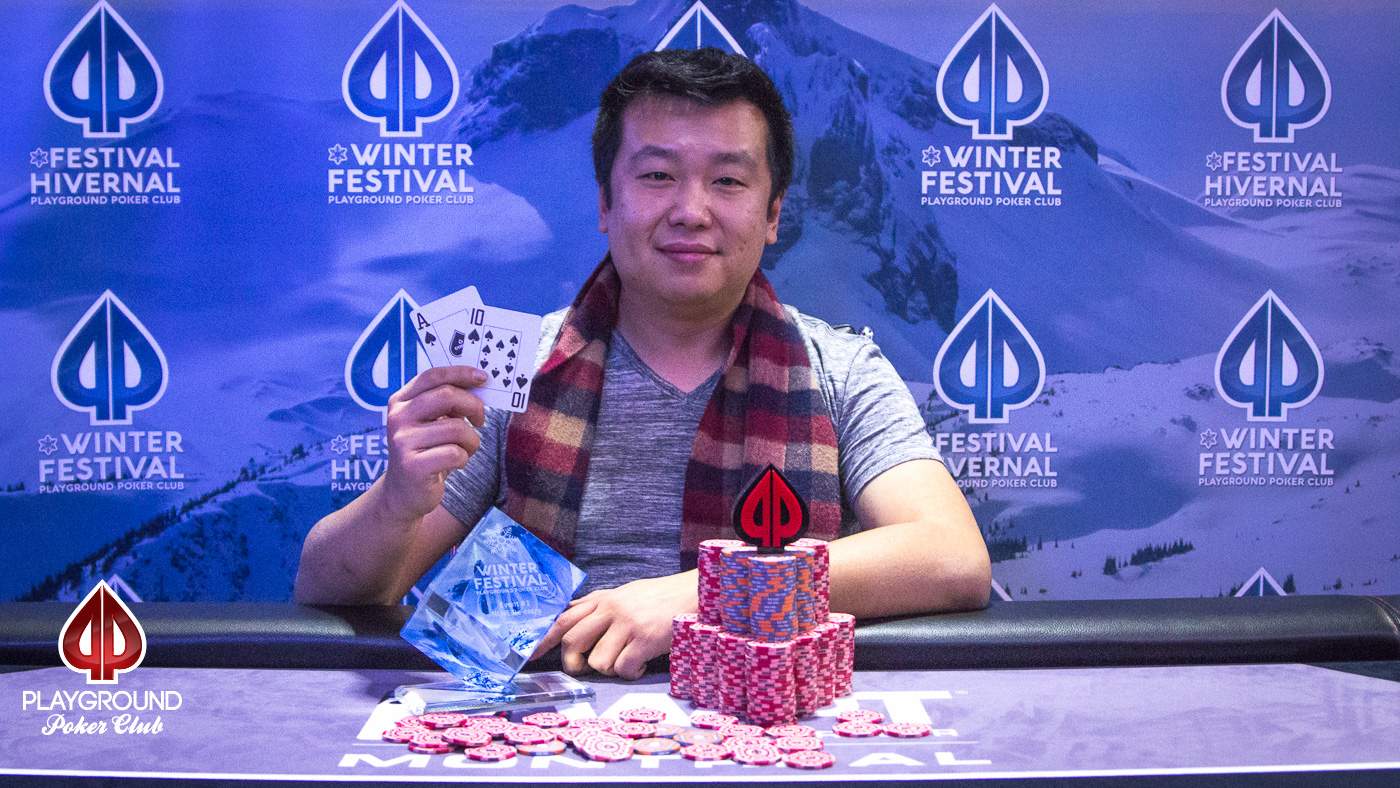 Although Yu Chen Chen started the heads-up match as the favorite, it seems like Brian Hodhod is having the best of him. On a few occasions, he let Yu Chen bluff out, and called him down with weak pairs, until Yu Chen was down to 3,725,000 chips out of 13.4M.

At that point, Hodhod made it 450K to go, and Yu Chen went all-in. Hodhod took some time to make the call, but he did, and they went to the run out:

Yu Chen’s favorite held, and he doubled up to a slight lead. It did not last though, as Hodhod went straight back to his little dance moves. As these lines are being written, he has a solid 2 to 1 lead. Play continues. 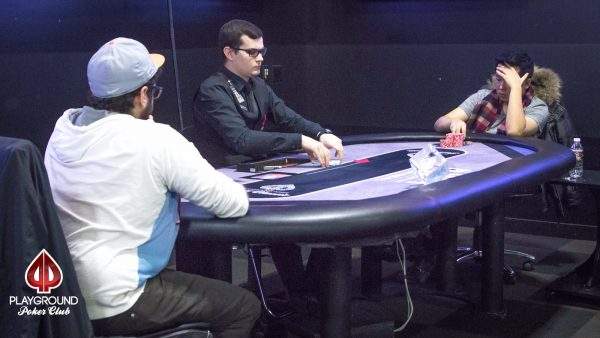 Only 2 players remain in Event 1 of the Winter Festival.

Upon Bérard’s elimination, they decided to reduce the variance by striking a deal that awards 15K to each player, leaving $3,150 and the stunning Winter Festival trophy for the eventual winner. 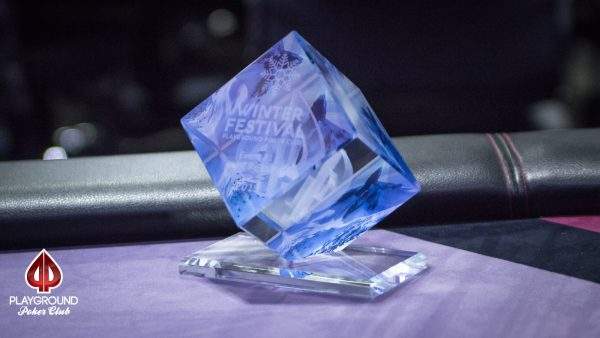 Alain Bérard was on the button when he invested all his chips pre-flop. Yu Chen Chen asked for a count, and the dealer cut out 1.6M. He decided that an ace was enough to defend his 150K big blind.

The brutal river spelled Bérard’s departure. He cashed $9,600 for his 3rd place.

Charles La Boissonnière played a very solid game, but in the end, he chose a spot that put him in a race against Brian Hodhod. La Boissonnière limped in from the small blind, and called Hodhod’s all-in bet.

La Boissonnière failed to hit a pair, and was left with just 20K, which were invested as an ante from the button. He went out on that hand, and settled for $7,200, the 4th place money.

Approximate stacks after the hand:

After Alexandre Côté-St-Louis’ stack was eroded by Yu Chen Chen and Alain Bérard, Charles La Boissonnière raised all-in on him from the small blind. Côté-St-Louis called instantly, about 600K effective, and opened a premium. But no hand is unbeatable.

Côté-St-Louis took the beat like a man, shook everybody’s hand, and walked away with $5,300.