Event #14 of Playground Winter Festival, the $1,100 50-50 Bounty, attracted 84 entries. This was a two-day event, and there was a stark contrast in the play from the first day to the second.

Day 1 was all about bounty hunting; the players were ready to gamble in thin spots for the chance to scoop an opponent’s $500 bounty chip. As a result, most of the field was eliminated on Day 1 and only 18 players bagged chips.

Day 2 had a different tone altogether as the players tightened up and tried to outlast each other with the hope of taking home the championship trophy. Each pot was hard fought, as the bounties had less and less appeal with the prize money in sight.

When the field was down to three players, they agreed to an ICM chop of the remaining prize pool. But even with their money guaranteed, nobody was interested in giving up. While it didn’t take long to get from three players to heads-up action, the battle between Kathy Sawers and Isham Yamani was one to remember. Sawers entered heads-up play with a healthy chip lead, thanks to her hot run on the final table, but the chips moved back and forth as they battled it out for over an hour. Despite their determination, the mood was friendly and jovial as both players were clearly having a lot of fun. Ultimately, it came down to a familiar tournament situation; a race between a big ace and middle pair. In this case, the ace prevailed, and Kathy Sawers claimed victory. 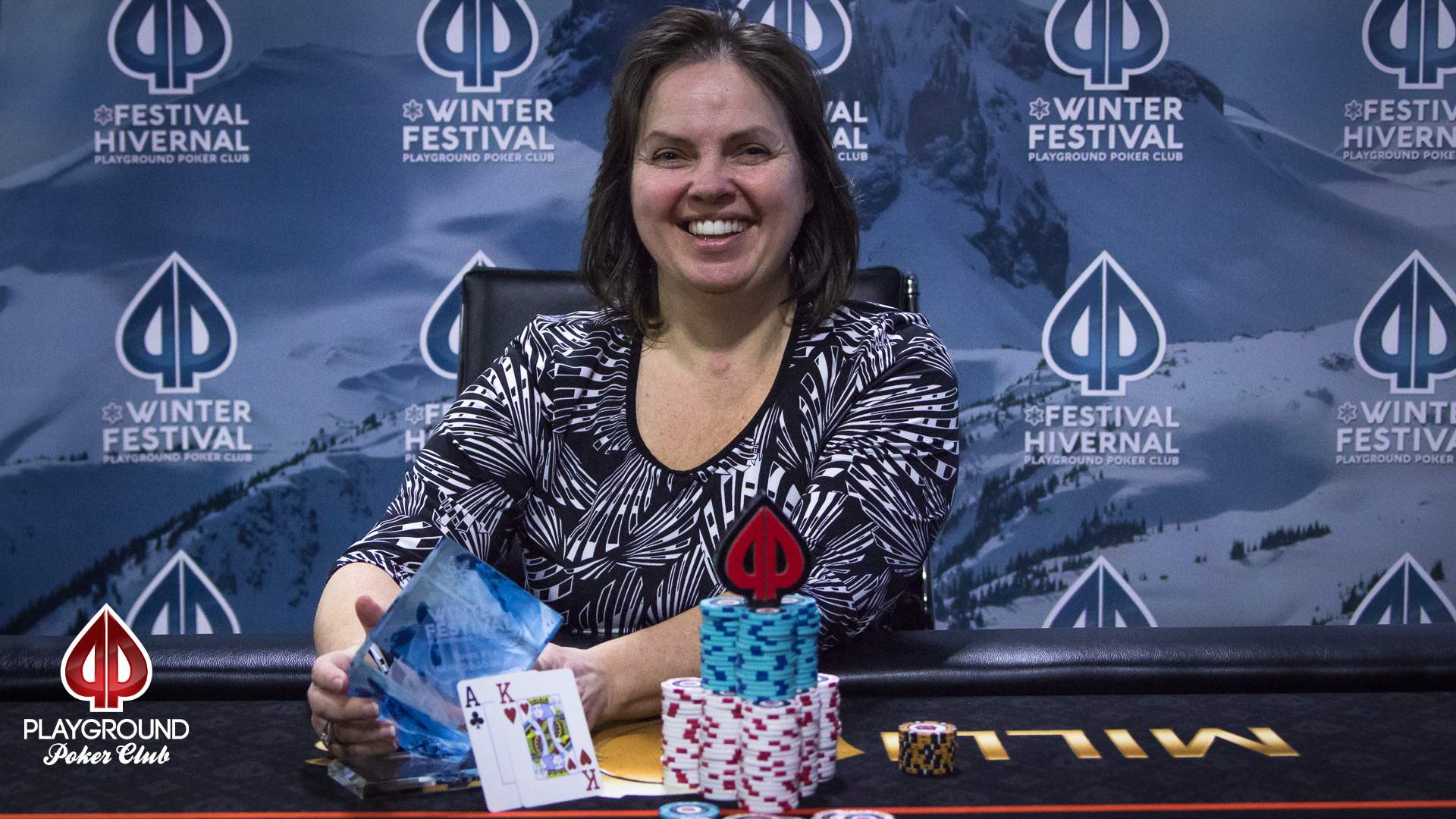 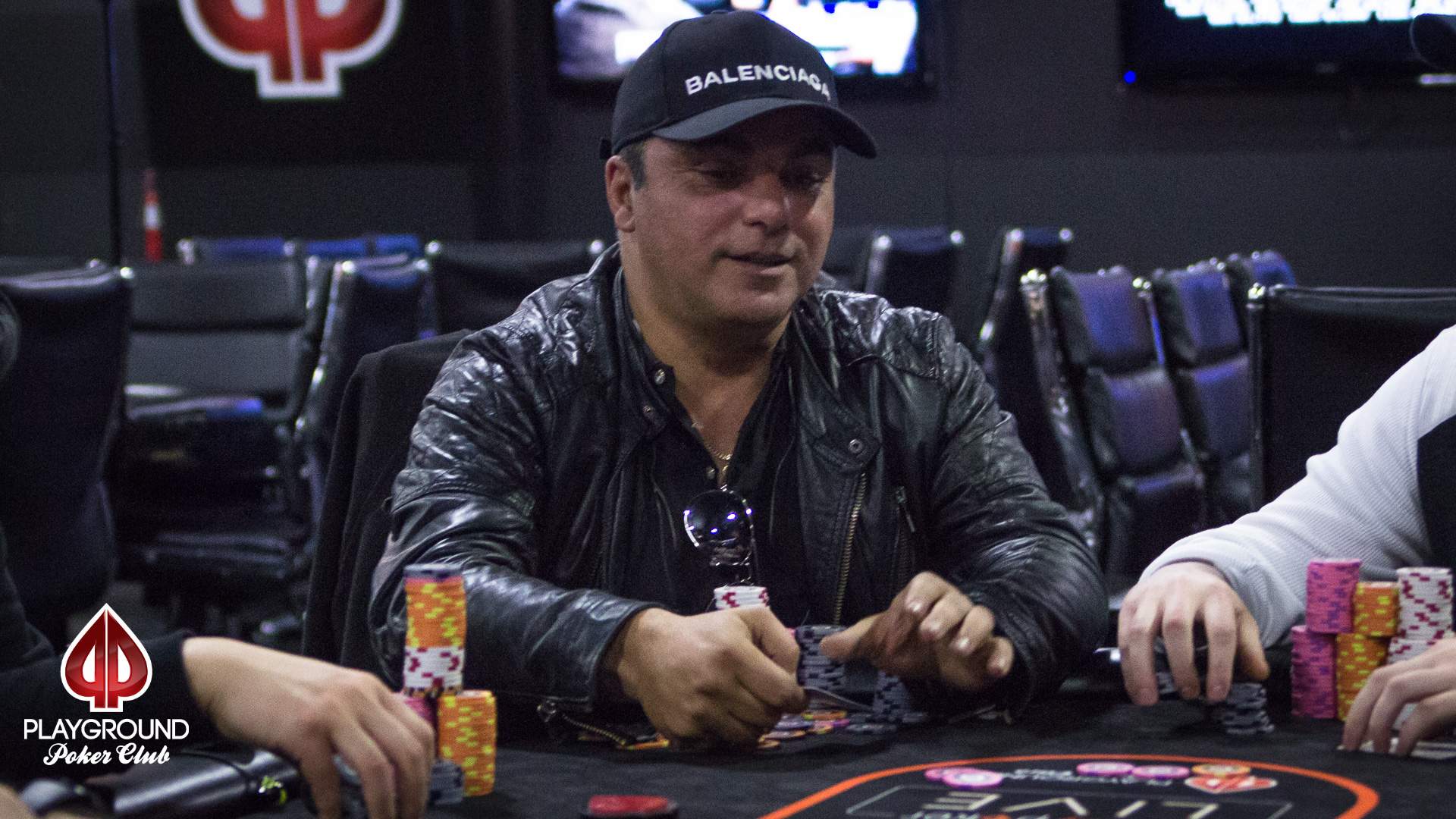 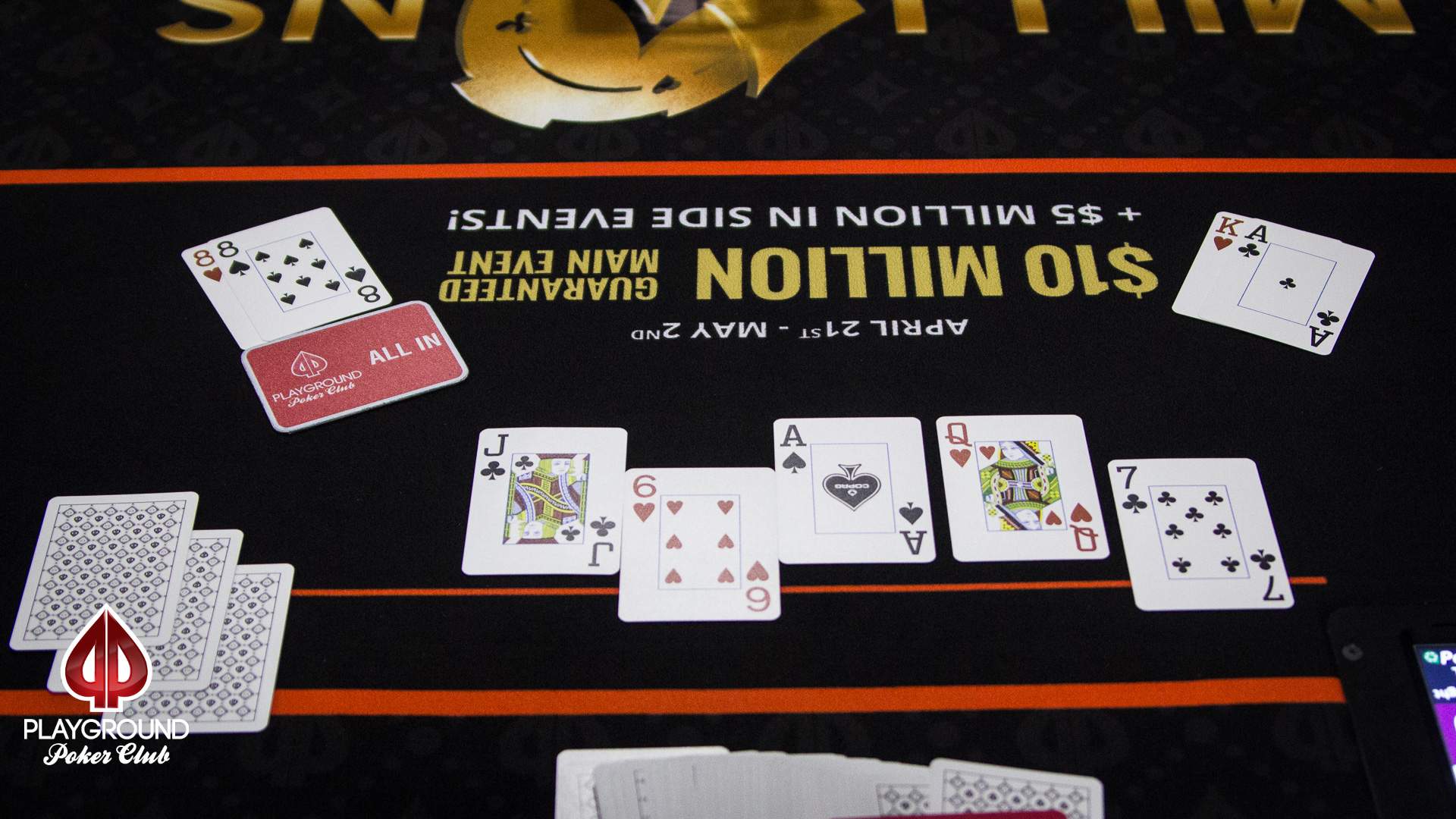 The final table in the 50-50 bounty has become a lighthearted duel, as the players trade blinds and barbs. Kathy Sawers and Isham Yamani are both well known and well liked within the local poker community; they have played each other innumerable times in both small and major tournaments here at Playground, and now they are enjoying the opportunity to play heads-up for a championship trophy.

Sawers still has most of the chips in play, holding a 3:1 chip lead over Yamani. 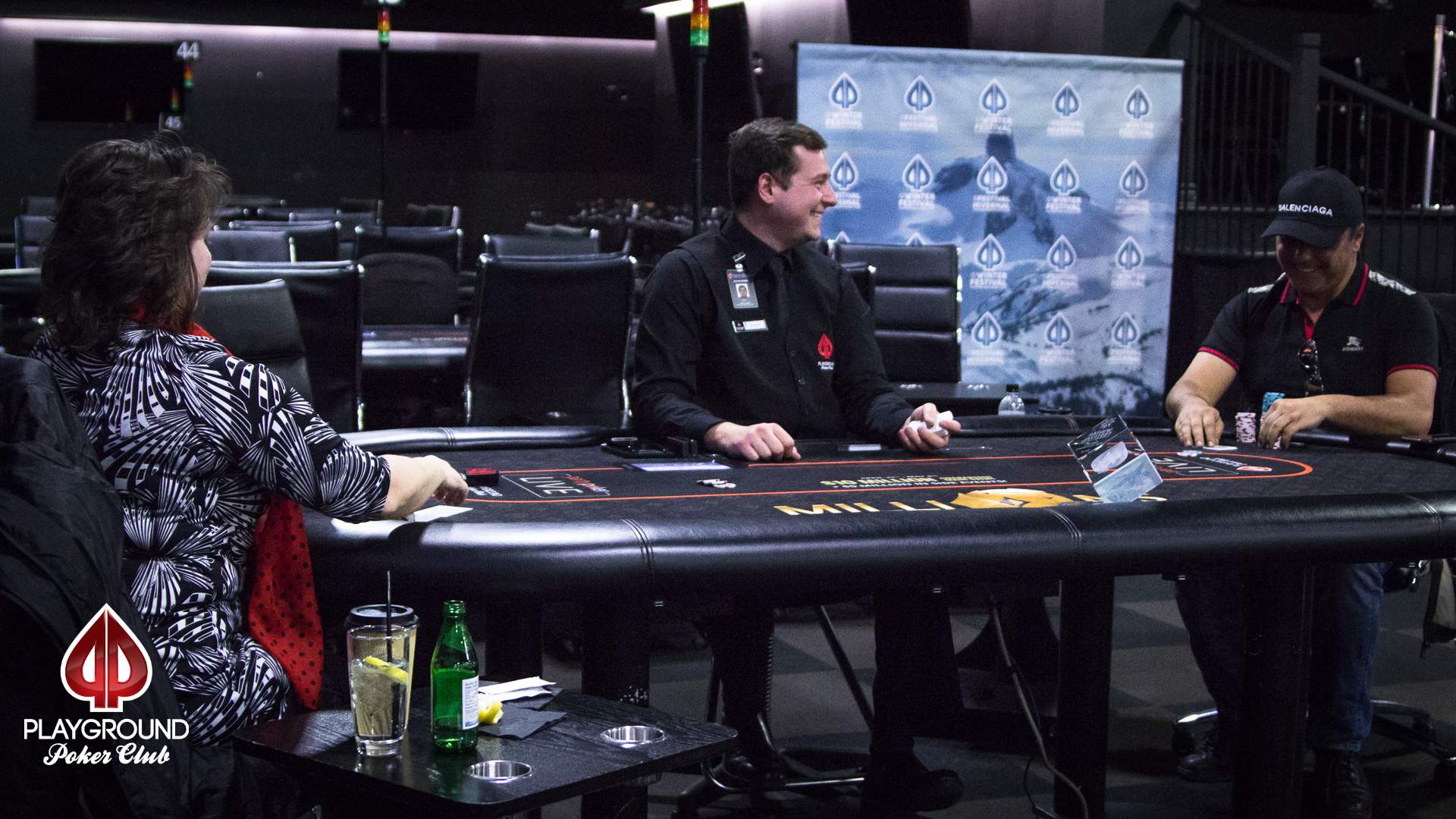 Rong Xu has just been eliminated in third place. Kathy Sawers opened the action, and Xu moved all in from his big blind. Sawers called immediately, and hands were tabled.

Sawers lengthened her lead on the flop of

. It was over on the

was a formality. According to the ICM chop, Xu received $9,250.00 for his third place finish.

The three remaining in the 50-50 Bounty have agreed to a deal. Kathy Sawers, Isham Yamani and Rong Xu will chop the prize pool and leave $1,100.00, as well as the beautiful trophy, for the eventual winner. Sawers has a commanding chip lead, and the ICM chop will see her collect $14,000.00. Isham Yamani is a distant second but he has slightly more than the third place Xu. Yamani will receive $9,790.00 and Xu gets $9,250.00.

Kosta Papa was the next to leave the final table when he ran a weak ace into big slick.

The blinds had reached 10/20K, putting Papa under pressure, as he had a little more than 100K in chips left. Kathy Sawers had opened the action, which folded around to Papa, and she immediately called when he moved all in.

Sawers continued her hot streak and collected another bounty. Papa was sent home in fourth place, earning him $4,510.00.

We have just seen a dramatic double elimination on the final table. Alexandre Blais Briere moved all in from under the gun for 133K, a little more than six big blinds at this point. Kathy Sawers called and the action folded around to Daniel Pepin. Pepin quickly moved all in over the top for a total of 371K. Sawers had Pepin covered but just barely, and she was left with a difficult decision. After carefully considering the situation, Sawers made the call. Her read was confirmed when the hands were tabled.

It was a good spot for pocket tens, but Sawers still had to dodge a lot of cards. The flop,

, was overkill. Sawers made tens full of nines, as her arms shot into the air triumphantly. Sawers took a massive chip lead along with two bounties with her boat.