Simon Assouline has just been crowned Champion of Event #10, the $220 8-Max Freezeout. After a seesaw battle at the final table that saw the chip lead change hands several times, Assouline emerged victorious.

Assouline had been among the chip leaders from the early stages of the tournament, and he arrived at the final table with an imposing stack. Once a few players had left the final table, Assouline began bleeding chips, often having to fold to other player’s all-ins after having made an opening bet. But he managed to maintain a playable stack until it was down to heads up.

When heads-up play began, Spencer Jean-Baptiste had most of the chips. But two hands were enough to get Assouline the victory. Both hands were all in before the flop; Assouline managed to make a flush when he was all in with

to take the chip lead. Not long after, he called Jean-Baptiste’s pre-flop all in with

and claimed the Champion’s Trophy. 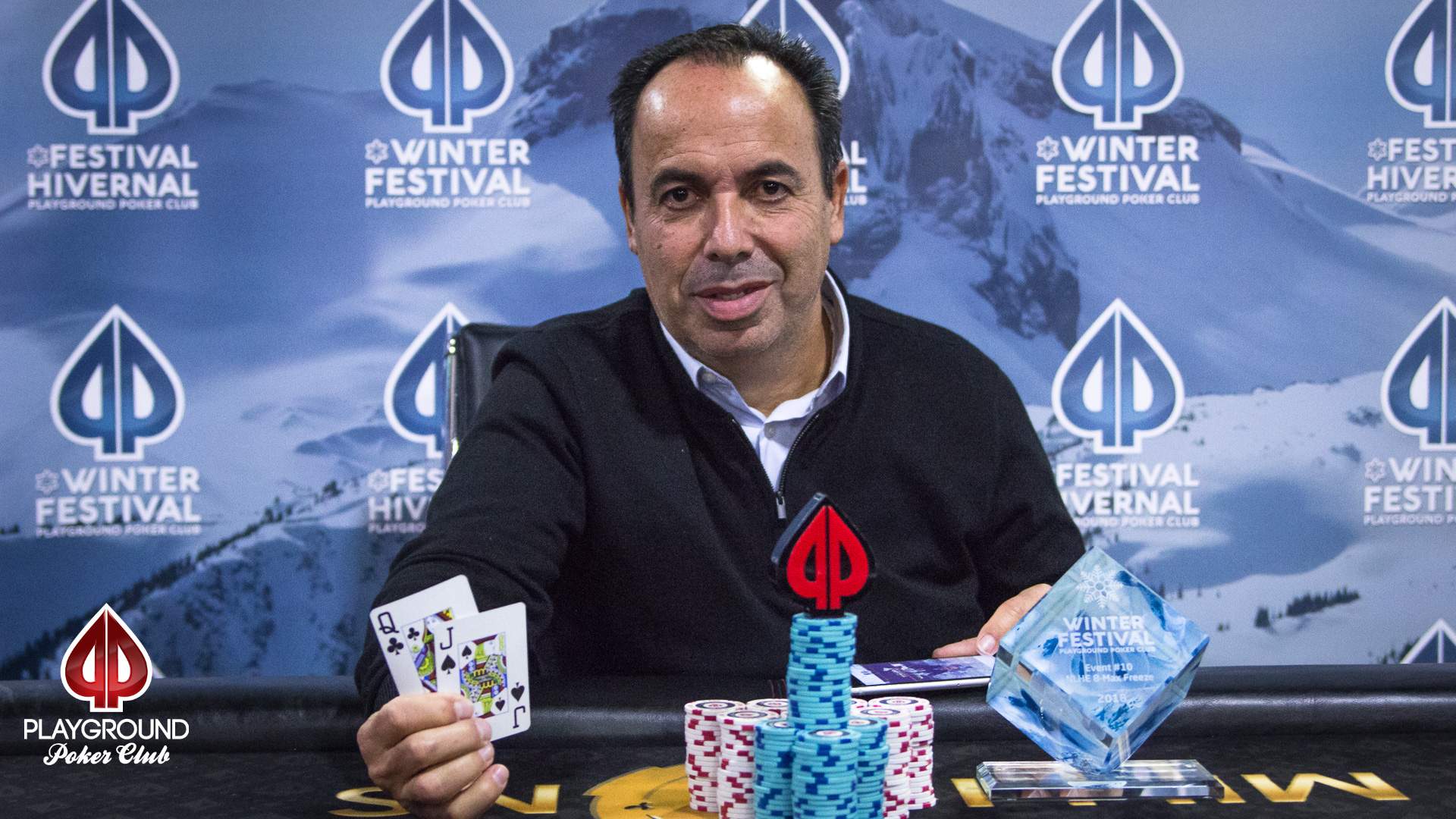 Bob T has just left the final table in third place. Bob was the most aggressive player at the final table, and he was able to bully his opponents off a number of strong hands. But the blinds caught up with him, just like everyone else. He was on the button with

and moved all in. He was promptly called by Spencer Jean-Baptiste, in the small blind, with

, gave Jean-Baptiste a flush, and Bob left in third place. His deep run earned him $2,700.

Jean-Philippe Lehoux just ended his run in Event #10 in 4th place. The blinds were at 30K/60K and most hands are all in before the flop, at this point. Lehoux’s final hand was no exception. Bob T, the first to act, moved all in, and Lehoux called with

, gave no help to Lehoux and he left in fourth place, taking home $2,700 in the process.

Andrew Boujaoude has been eliminated in sixth place. With the blinds at 20K/40K, most hands are being played pre-flop, with the players happy to take their chances when they see a reasonably strong hand. Boujaoude was down to around five big blinds, when he looked down at

and moved all in from early position. Simon Assouline, in the small blind, decided he had the equity to call with

, and the pair of nines was good enough. Boujaoude collected $2,700 for his sixth place finish.

Louis-Charles Junior Levros has been eliminated in fifth place. Levros, who had a deep run in Event #4, the $250 Frenzy, called off his stack after Bob T moved all in from early position. Levros, down to less than five big blinds, had

, and found himself dominated by Bob’s

, gave each player top pair, but the kickers played and Levros left in fifth. He collected $2,700.

The players at the final table are now on break.

Here is an updated chip count:

Two more players have left the final table. Rejean Grenier finished in eighth place and Eric Gariepy hit the rail shortly after in seventh. Both players cashed for $2,700.