The day proved to be a long one and featured several huge chip runs by players along the way, but there was one player who was among the leaders throughout the day: Paul Brunet. He was in the first leaderboard after just 4 levels of play, and stayed near there all the way to the final table.

At that time, Alain Lavoie was among the small stacks on the table, but after some favourable hands, Lavoie found himself at the top of the heap, playing heads up against Jean-François Santerre. Santerre’s journey was a little more direct – he was under the radar for much of the day, but as the tournament got deeper he chipped up considerably to the point that he was the chip leader with 7 players remaining.

In heads up play, the two players were even for a while, but then Lavoie managed to win a few consecutive hands – one in particular made Santerre a big underdog… and then the final hand. Lavoie limped, prompting Santerre to shove all in and he found the call. The cards were turned over and Santerre was dominated.

The board ran out and didn’t hit either player:

and Lavoie was the champion! 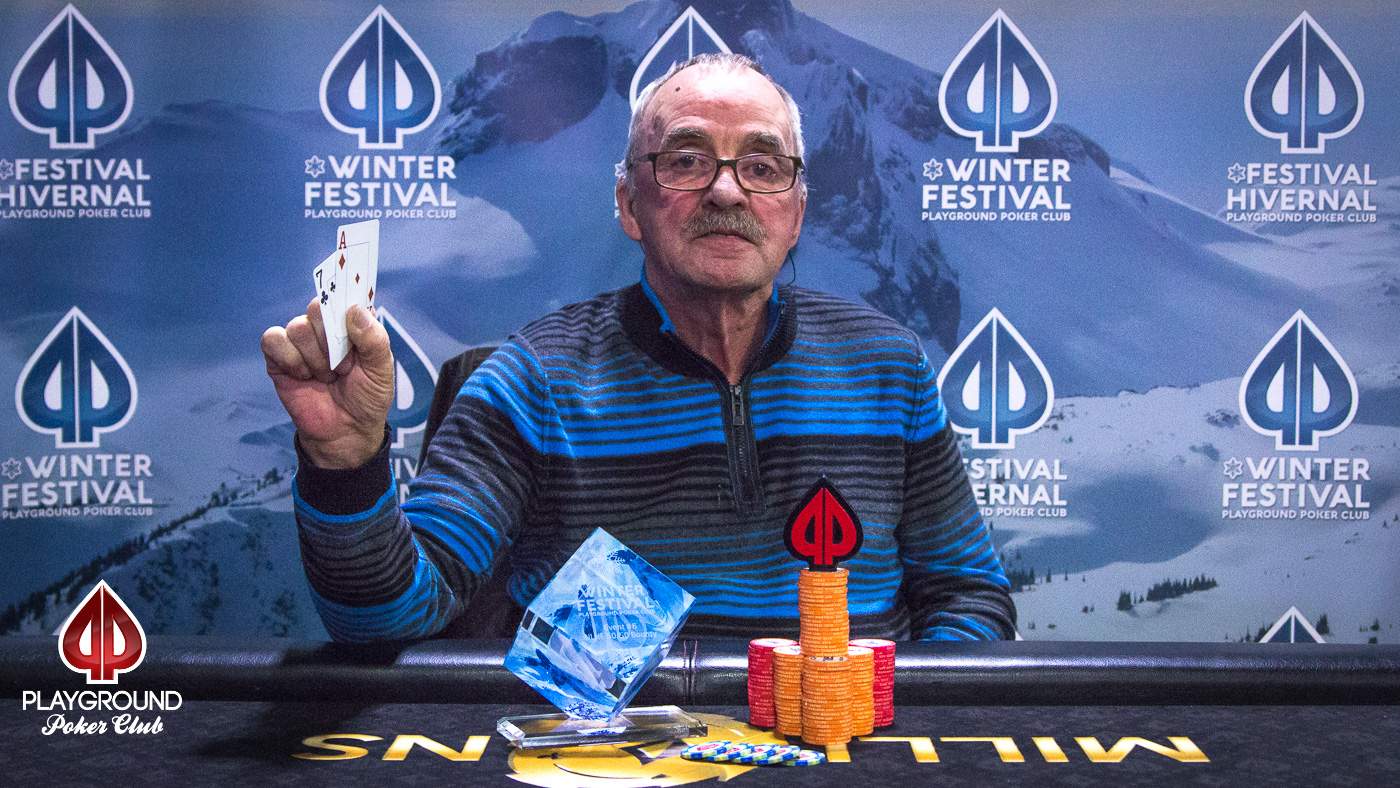 Alexandre Joly was on the button, and he committed his chips with a nice suited ace, only to find out that Alain Lavoie had been dealt a nicer ace:

A nice flop for Joly (3rd place – $790), increasing his number of outs, but the run out was dry and he settled for 3rd place. Lavoie and Santerre are now heads-up.

Three players just took a short break, during which we took their count.

With Paul Brunet (6th – $350) and Alex Miron’s (5th – $460) eliminations, only 4 players remain in Event 6. Alain Lavoie and Jean-François Santerre share the lead, way ahead of Alexandre Joly and Pierre-Luc Bourgeois.

Play continues 4-way, with the magnificent Champion’s Trophy on the table.

The players left in today’s bounty tournament – the 7 who remain – have just taken a short break and play will resume and most likely play down to the end before another scheduled break comes up.

Jean-François Santerre has a chip lead at the moment, but it’s not dominant as there are two players (Miron and Joly) right behind. On the other end of the spectrum, there’s Victor Rusu who will resume with just 119K left.

With the blinds going up and the extra incentive of the bounties, the action in Event #6 has continued at a completely frenetic pace – to the extent that the bubble burst, the final table came together, and the first two final table eliminations all occurred in a flurry of action.

The final table, when it came together, looked like this:

Since play began on the final table, Maxime Boulay and Charles Roy have both been eliminated.