After an epic heads-up battle that lasted for over two hours, Denis Giguere has been crowned champion of the Seniors’ Tournament. The seniors’ tournament is consistently popular in all of Playground’s events and this edition was no exception. Tonight’s tournament attracted 146 entries of primarily local players, but there was also a significant number from other provinces, Newfoundland in particular.

The evening started off on a friendly and casual note, with lots of laughter heard around the tables. Things got a bit more serious as the field shrank and the money bubble came into sight. The players agreed to pay an extra position when they got down to two tables, and things lightened up again once all the remaining players were guaranteed to cash. The laughter subsided once play began on the final table, as the players had their eyes on the first place prize. After a few eliminations, the players agreed to an even chop of the remaining prize pool. The deal was agreed to when the final table was down to six players and then the chips started going in quickly. But when all but two players had been eliminated, Denis Giguere and Arnold Yaxley dug in and fought from the trenches. The chip lead went back and forth several times, as each player was determined to outlast the other. Ultimately, the blinds caught up with the two finalists and play finally concluded with a pre-flop all in when the big blind reached a dizzying 200K. 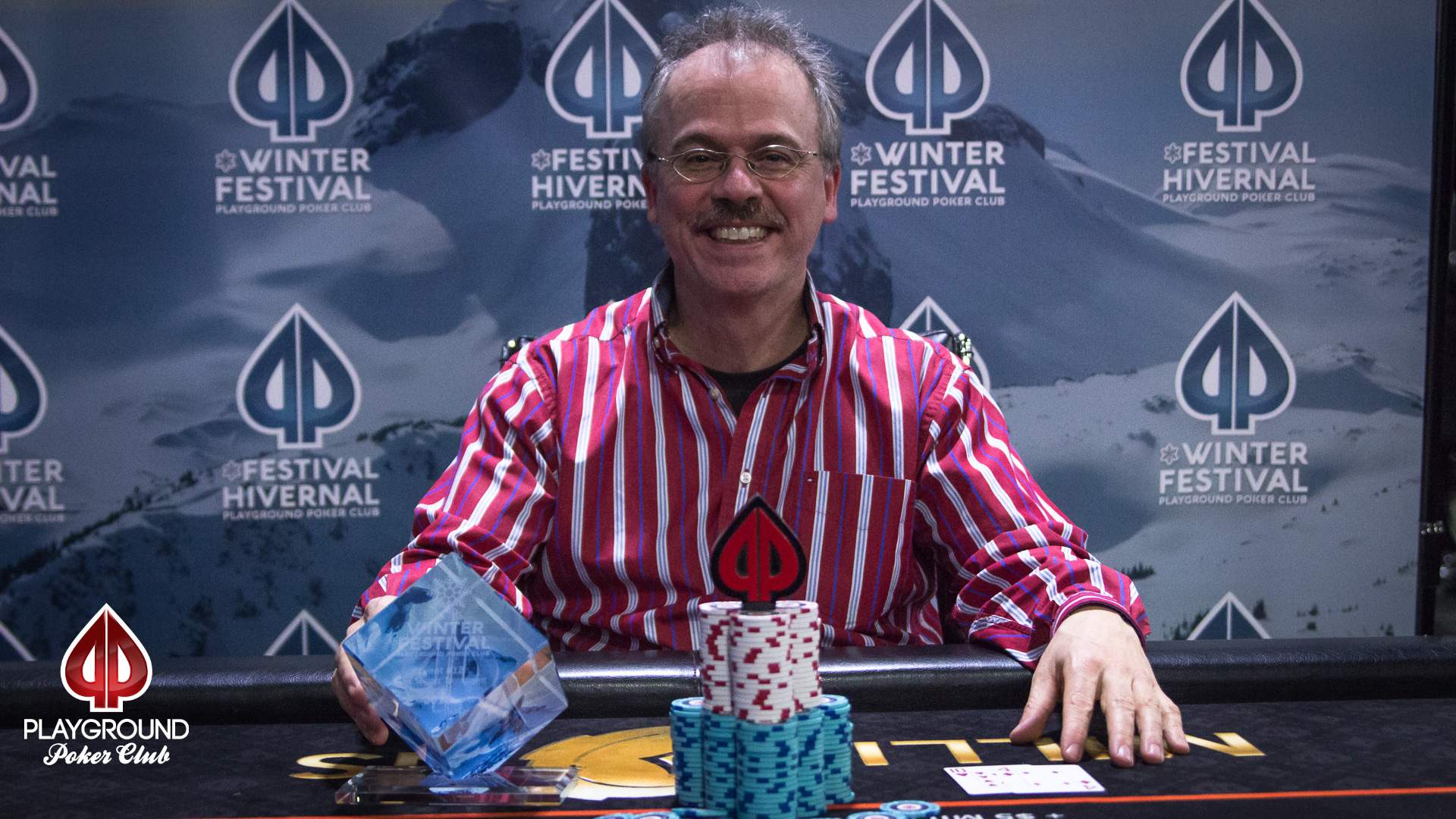 Play continues heads-up in the seniors’ event. Arnold Yaxley and Denis Giguere are each determined to bring home the trophy as their heads-up battle goes into it’s second hour. 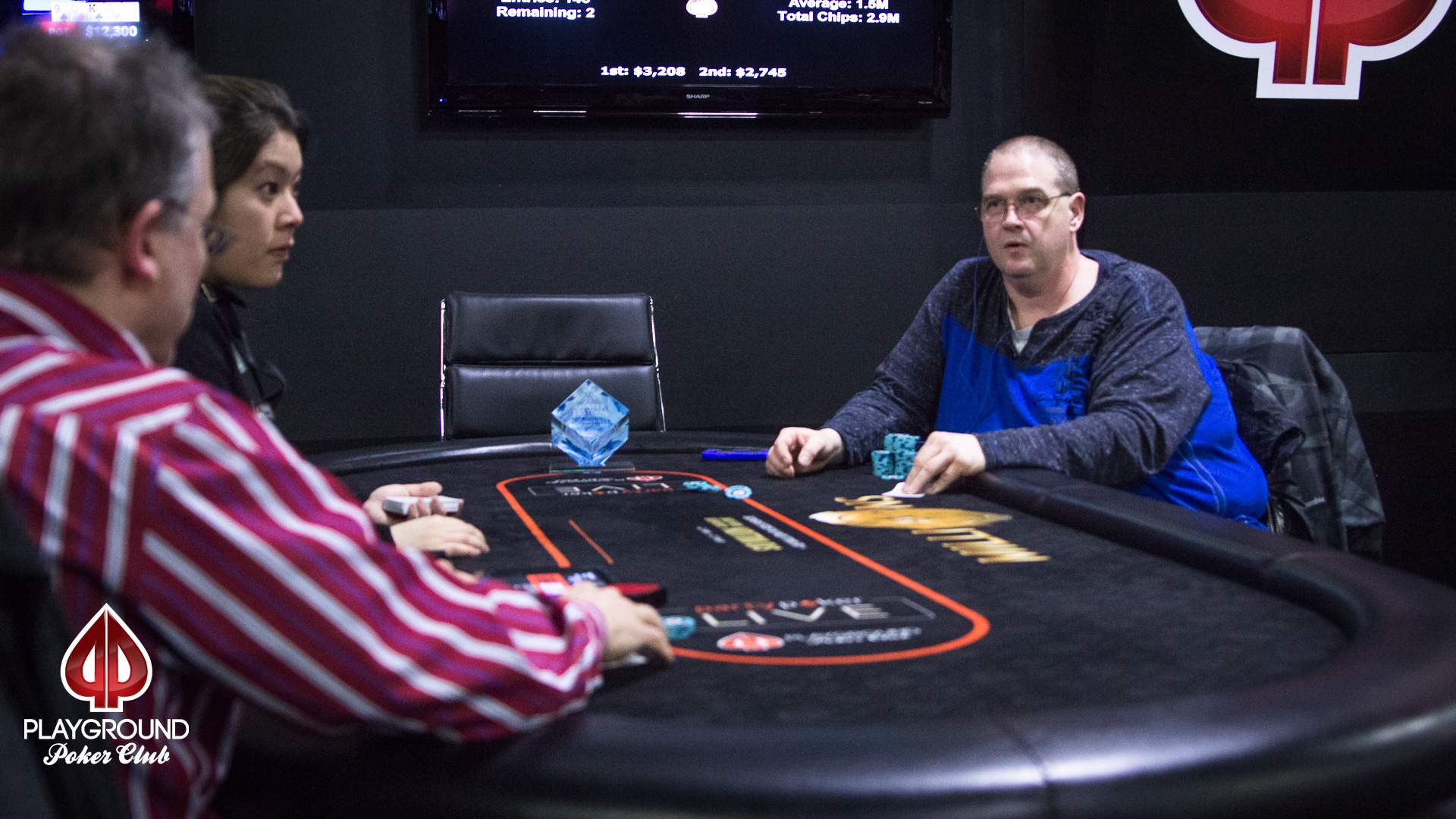 The players in the seniors event have agreed to an even chop with 6 players remaining. Each player will take home $2,745.00 according to the deal. According to our event rules, a portion of the prize pool must be kept for the eventual winner, who will also take home the coveted trophy.

Daniel Leddy has just been eliminated in seventh place. With the blinds at 30K/60K, Leddy looked down at

in early position and moved all in. Tan Duy Cao, two seats to Leddy’s left, went all in over the top. All this action scared everyone else out of the pot and they watched as both players tabled their hands. Cao held

, and Leddy was drawing thin. The board,

The final table saw a player hit the rail on the first hand dealt. Joel Berard was down to slightly more than three big blinds when he moved all in from early position. The action folded around to the big blind, Daniel Leddy, who made the call after some hesitation. When he saw Berard’s hand,

, Leddy exclaimed “I’m only playing with one card!” But that card was enough. Leddy tabled his

and stood to watch the board open:

Walter Peruzzini was the next player sent walking when he lost a battle of the blinds against Barbara Phillips. When Phillips completed from the small blind, Peruzzini used his option to move all in. Phillips was facing a tough decision and she took her time before finally making the call. The hands were tabled to reveal a familiar flip situation; a small pair against two broadway cards. Ultimately, Phillips’

Sadaka, down to around three big blinds, was under the gun when decided to push. His all in drew a flat call from Chad Coombs on the button. The big blind, Claude Dufresne, decided to join them, and they saw a flop of

. Dufresne, the first to act, moved all in and Coombs quickly called. Hands were tabled to show an open ended straight draw against an over pair and a live ace.

The players rose from their chairs to watch the turn and river;

The players have agreed to go out of pocket to pay an extra position in Event #12. The mood is now relaxed and jovial, as everyone is in the money. 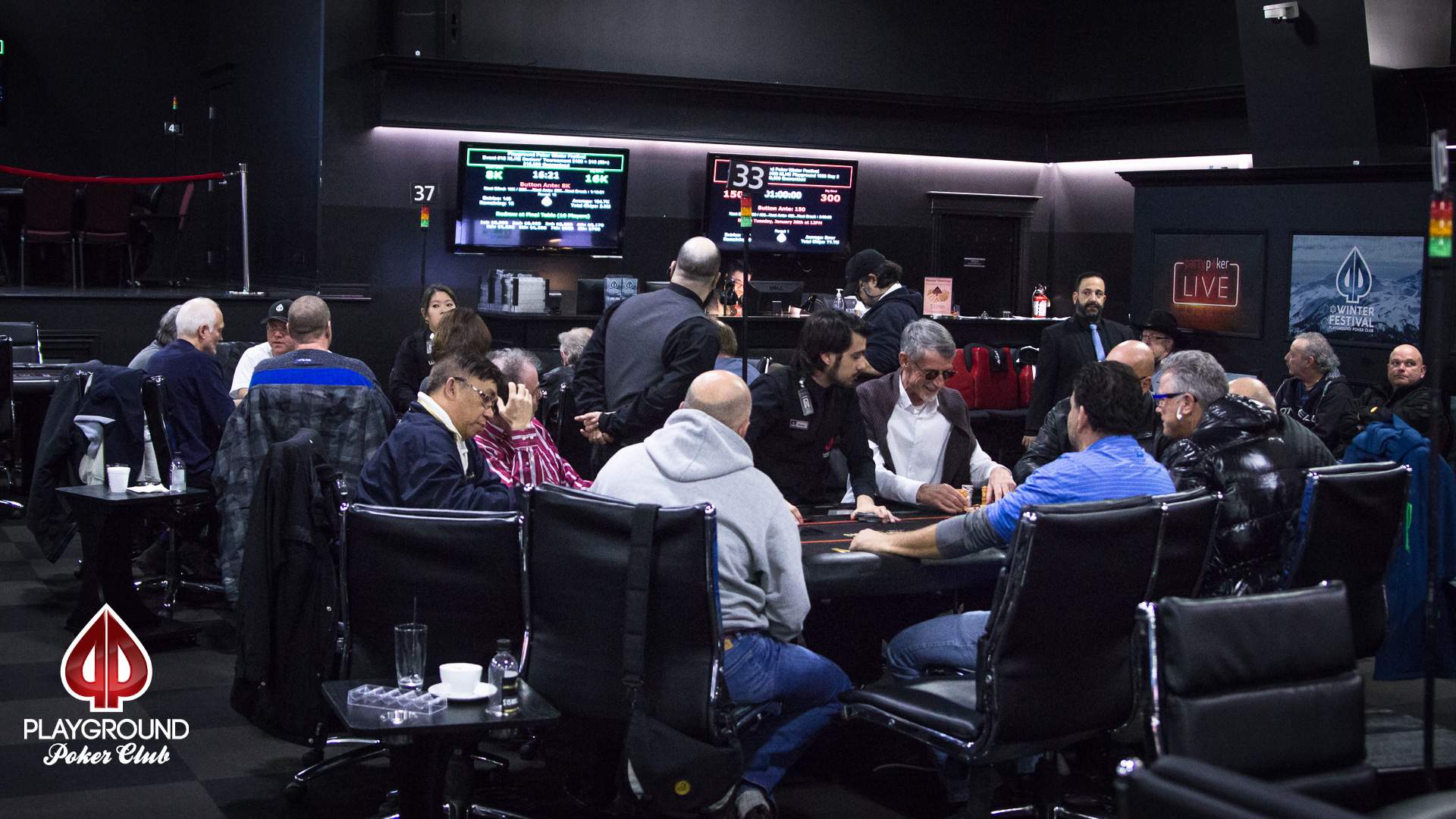